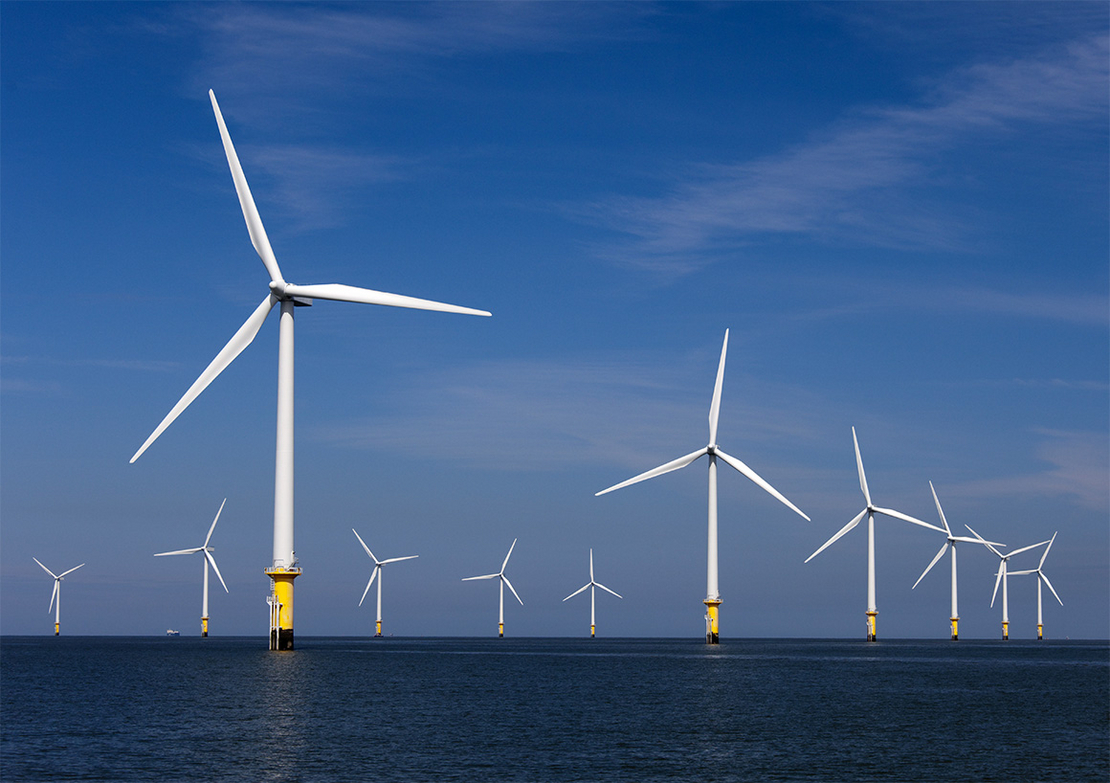 Massachusetts and Maryland announced deals Friday to ramp up purchases of offshore wind, giving a jolt to the East Coast’s growing base of manufacturers and shipbuilders that supply the industry.

The moves are notable because of the size of the projects and the expectation they will boost local parts suppliers and accompanying jobs, creating what observers say could be the offshore wind equivalent of Detroit’s car-parts industries.

State energy officials reached power purchase agreements for over 1,200 megawatts of electricity from one Massachusetts project, known as Commonwealth Wind, and for 400 megawatts from a second project that is already under development, Mayflower Wind.

Those agreements would double the amount of offshore wind power due for delivery into the state. The two projects would also tie for New England’s biggest, with Mayflower Wind’s new 400 MW combining with 800 MW already contracted for the project. Vineyard Wind, a project off the coast of Cape Cod slated to be the nation’s first large offshore wind farm, is approximately 800 MW.

In Maryland, utility regulators approved offshore wind renewable energy credits (ORECs) that would serve as payment for over 1,600 MW from two projects that are being developed by US Wind and Ørsted A/S-owned Skipjack Offshore Energy LLC.

The approvals mark the first major deal struck in Maryland, which had so far contracted for about 368 MW — less than what’s been sought in other mid-Atlantic and Northeastern states.

The approvals would position Maryland “as an offshore wind leader and cement the state’s status as a major manufacturing hub for the U.S. offshore wind industry,” said Liz Burdock, CEO and president of the Business Network for Offshore Wind.

In Maryland, the two developers are required under the terms of the state approval to build facilities that will manufacture cables, turbine towers and monopiles in places like Baltimore’s Sparrows Point, while investing in upgrades to an Eastern Shore steel-assembly company.

In Massachusetts, Commonwealth Wind’s developers said the project would lead to the construction of a new cable manufacturing facility. And Mayflower Wind’s developer, a joint venture that is also known as Mayflower Wind, noted it had recently tapped a Somerset-based firm to design a crew transfer vessel used when constructing its turbine projects.

The chair of the Massachusetts Senate Committee on Ways and Means, state Sen. Michael Rodrigues (D), said the state’s awards were "a definitive game-changer" for his district on the south coast of Massachusetts, citing Mayflower’s design deal for the vessel.

The deals cap off a year that brought "tremendous progress" for the offshore wind industry, added Burdock.

"As 2021 ends, we can look back on a year that transformed U.S. offshore wind into a national industry with developments on three coasts supported by an emerging supply chain that reaches deep into America’s heartland," she said.

The projects in both states are not done deals and have faced criticism, however. All four projects still have to secure final approval from the Interior Department.

In Maryland, federal and local lawmakers have criticized the offshore wind proposals for being too close to shore, something they say would hurt tourism and real estate values.

The town of Ocean City, for instance, had requested that the state Public Service Commission require that the two developers’ projects be sited at least 30 miles from shore, far enough away that they wouldn’t be visible even on the clearest of days.

The PSC decided not to honor that request, allowing Skipjack and US Wind to site their turbines 15 miles and 20 miles offshore, saying both developers would be required "to use the best commercially-reasonable efforts to minimize the daytime and nighttime viewshed impacts of the projects.”

In Massachusetts, the fishing industry has dug in against the Biden administration’s race to build offshore turbines. In September, one prominent fishing group known as the Responsible Offshore Development Alliance (RODA), sued to block Vineyard Wind.

That idea, she wrote in an email to E&E News, "does not accommodate the fishing industry’s recommendations nor adequately protect safe passage at sea."

Still, Massachusetts Gov. Charlie Baker (R) called the power purchase agreements "another major milestone" for his state, which he said was a "national leader in the offshore wind industry.”

The offshore wind agreements also fit into the state’s transition away from fossil fuels.

Both Commonwealth Wind and Mayflower Wind are planning to connect turbines’ power into the grid at the site of a former coal plant, Brayton Point. That same site will host the manufacturer of Commonwealth Wind’s subsea cables.

Commonwealth Wind is also redeveloping the area around a gas plant, known as the Salem Harbor Generating Station, to serve as an offshore wind port.