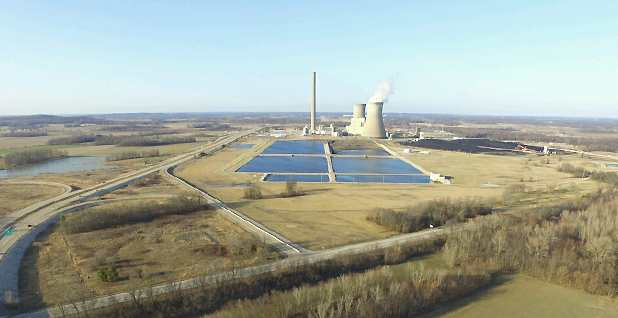 A federal judge today signed off on the single largest coal-fired power plant closure since 2010.

American Electric Power (AEP) agreed to shutter one of two 1,300-megawatt units at the Rockport plant in southern Indiana by 2028 under a modified consent decree approved by the U.S. District Court for the Southern District of Ohio.

The Rockport plant, built in the 1980s, will continue operating, but the move represents another significant step in AEP’s ongoing shift away from coal-fired power. The utility, which serves 5.4 million people in 11 states, will have retired more than 9,700 MW of coal-fueled generation between 2011 and the end of 2020.

"Our investments are focused on renewable generation and advanced technologies that enhance service for our customers," AEP CEO Nicholas Akins said in a statement, pointing to nearly $9 billion of investment since 2000.

The Sierra Club hailed it as the single largest power plant closure since the group launched its Beyond Coal campaign to force the shutdown of coal-fired power plants.

"We all came together with the common goal of asking AEP to stop burning coal and start developing clean renewable energy," said the Rev. Kimberly Koczan, a board member of Hoosier Interfaith Power & Light and a Sierra Club volunteer. "This signed agreement is a large step in the right direction, and we will continue to push until that transition to clean, renewable energy is complete."

Coal’s champions, however, are not giving up the fight to rescue the crumbling fleet.

On the Senate floor today, Majority Leader Mitch McConnell (R-Ky.) blasted Democrats and environmentalists for trying to take the nation back to the "bad old days" of President Obama and his "war on coal."

Revising the New Source Review rule — the issue at Rockport — is still on the Trump administration’s to-do list (Greenwire, July 3).

EPA issued a statement to maintain its pro-coal bonafides.

“EPA’s part of the amendment was limited to reductions in emissions and the installation of pollution controls, not the retirement of the unit,” EPA spokesman Michael Abboud said, arguing environmental groups and New York attorneys negotiated the shutdown.

The Rockport consent agreement has been updated five times since 2007, when the Columbus, Ohio-based utility reached a deal with EPA, states and environmental groups to settle allegations that AEP expanded the Rockport plant without proper permits or installing the best available emissions controls.

But all parties signed off on the consent decree, speeding the timetable for emissions reductions.

Rockport’s sulfur dioxide (SO2) emissions will be capped at 10,000 tons by 2021 — eight years earlier than the previous deadline — and that cap will drop to 5,000 tons after Unit 1’s closure.

AEP subsidiary Indiana Michigan Power agreed to install enhanced dry sorbent injection technology to cut SO2 emissions from both units by 2021 and selective catalytic reduction at Unit 2 by 2020 to reduce nitrogen oxides emissions.