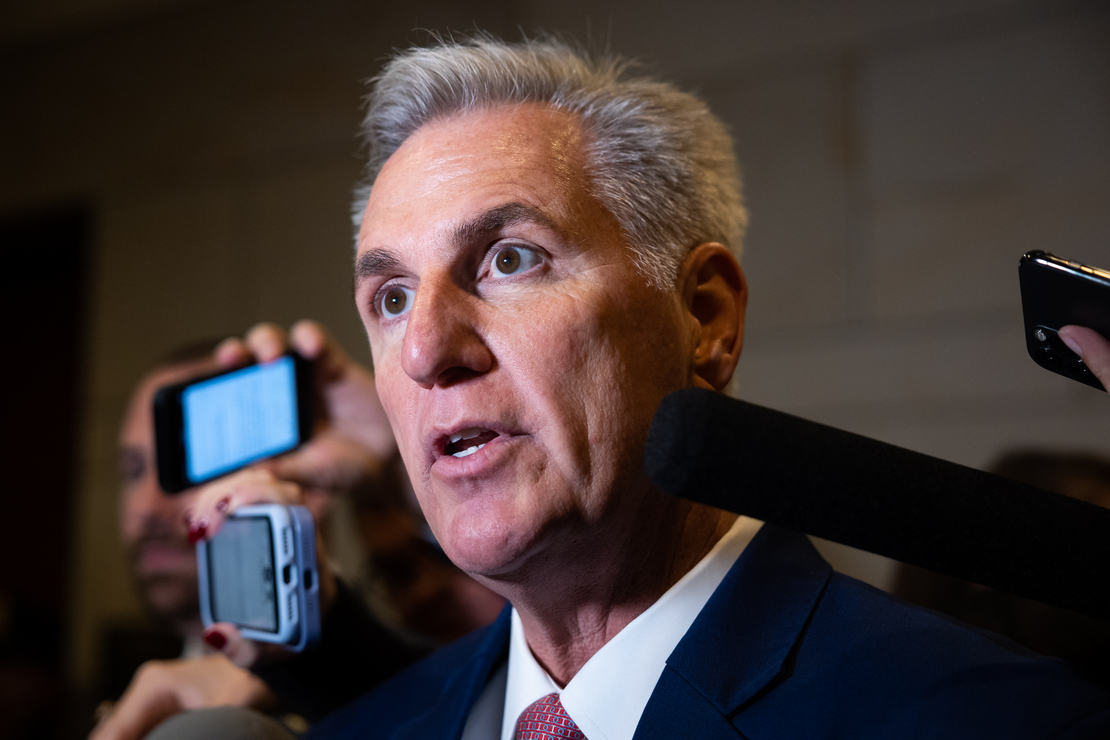 Rep. Kevin McCarthy has won the endorsement of his colleagues to be the next speaker of the House — a step closer to the California Republican’s dream job but still a distance from being able to seal the deal.

The current House minority leader this afternoon received 188 votes from his colleagues in support of his bid, in an election that took place by secret ballot in a closed-door meeting of the House GOP Conference.

McCarthy and his allies think they can peel back support from Biggs between now and Jan. 3, when the full House will gather to vote on the next speaker. In that arena, each member will have to announce who they support, and it becomes more difficult to step out of line.

The coming weeks will give McCarthy time to court his critics, which could involve a combination of concessions on a House rules package, appointments to plum committees and other related promises to individual lawmakers.

But it’s not yet clear just how many votes McCarthy will be able to lose on the House floor and still be able to win the speakership.

Republican control of the House at this point seems all but certain, but the final verdict had not yet been delivered as of Tuesday afternoon. Even if the GOP clinches the majority, it’s not clear how tight their margins of control.

Across the Capitol, Senate Minority Leader Mitch McConnell (R-Ky.) was also getting heat today from colleagues after a promised “red wave” never materialized in the midterms, costing Republicans the chance in their chamber to secure a majority.

McConnell is vying for another term as minority leader, but there’s a chance that Senate GOP leadership elections, scheduled for Wednesday, will be postponed — or that McConnell will have to go up against a challenger.

Sen. Rick Scott (R-Fla.) announced his intent to run against McConnell during the Senate Republicans’ weekly luncheon that was ongoing for more than three hours Tuesday afternoon. He formalized the bid in a letter to colleagues, obtained by E&E News.

Scott isn’t expected to beat McConnell. As the chair of the National Republican Senatorial Committee, the Florida Republican is also being blamed for the disappointing results.

Still, Scott’s maneuver is a disruption and an embarrassment for the party looking to show strength and unity heading into the 2024 cycle.