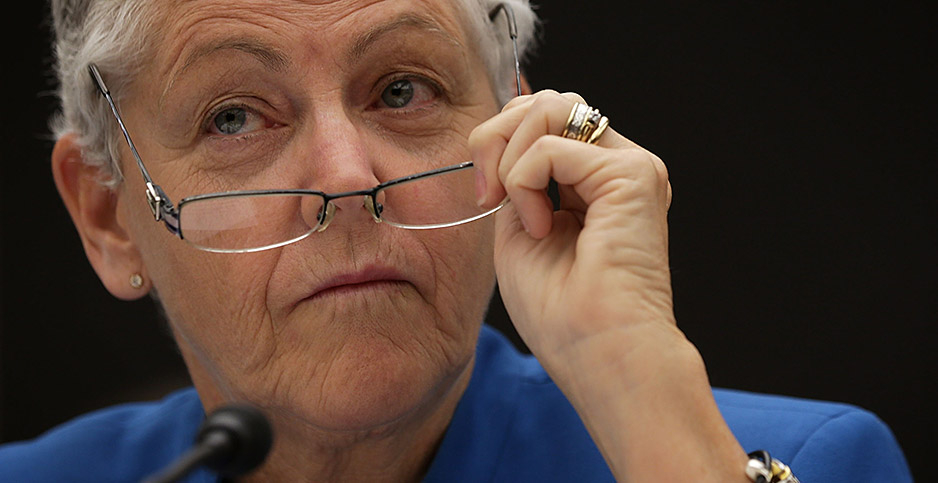 The White House sees nuclear energy as a key part of the pathway to decarbonize the grid by 2035.

Nuclear energy provides baseload power that will be needed for the foreseeable future, White House climate adviser Gina McCarthy said yesterday at a live event for The Washington Post. The White House is now putting together a clean electricity standard, or CES, that will mandate the decarbonization of the grid by 2035.

McCarthy signaled during the event that the administration — which would need its CES to pass Congress — could include financial support for nuclear. Some older facilities may need additional financial support to stay operational as natural gas and renewables eat into its share of the grid, McCarthy said.

"We don’t expect them to be carrying the load forever, but we do know that there are many regions in which at least the states themselves feel like the support for those facilities needs to continue while we build an infrastructure of wind and hydro and other mixes moving forward," she said.

McCarthy did not clarify if support for nuclear would come from the federal government or from states.

A report from the International Energy Agency released this week supports the administration’s plans. It found that hydropower and nuclear would "provide an essential foundation for transitions" to a decarbonized grid.

"By 2050, almost 90% of electricity generation comes from renewable sources, with wind and solar PV together accounting for nearly 70%," the report found. "Most of the remainder comes from nuclear."

Getting to net zero emissions with nuclear is likely faster and cheaper, said Robbie Orvis, director of energy policy design at Energy Innovation. He said the last piece of decarbonizing the grid — the last 10% or 20% — is much harder without nuclear in the mix, but not impossible.

"Keeping existing nuclear makes a lot of sense. It’s lots of clean electricity that doesn’t have to be replaced," he said. "There are obviously some concerns — valid concerns — about the long-term safety of the fleet, but I think if you look at the data on that, those units have been pretty safe and it’s a lot cheaper to get to 2050 with the existing nuclear fleet."

In addition to support for larger facilities, McCarthy said the administration also was interested in the next generation of small-scale nuclear reactors that don’t produce as much waste.

"Folks are certainly thinking they offer some promise," she said. "They don’t generate the types of waste that traditional nuclear plants generate, and they do offer opportunities for much more smaller applications with less need for large centralized facilities."