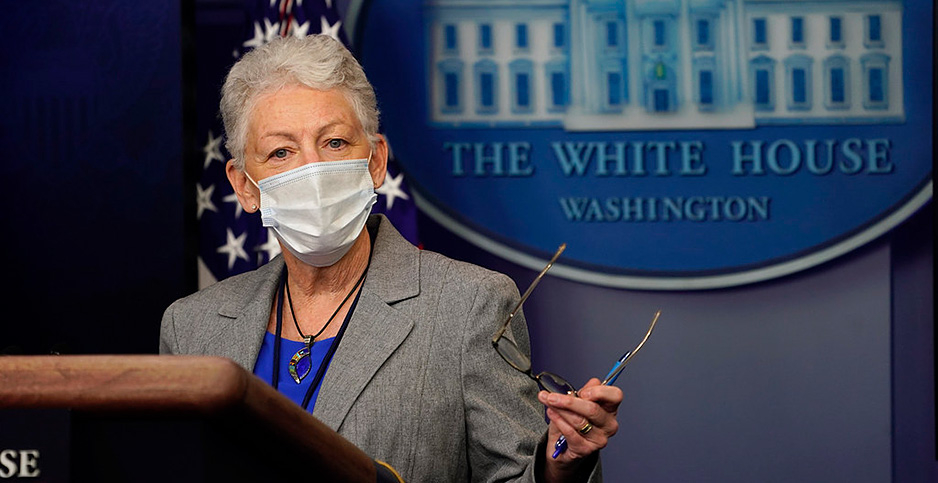 President Biden’s domestic climate adviser said today that the United States will use the government’s buying power and natural carbon sinks to meet its 2030 climate goals, rather than relying just on tougher regulations.

Speaking at the annual CERAWeek by IHS Markit industry conference, Gina McCarthy said "the big key levers" for the 2030 pledge will be the auto and utility sectors.

"And we’re going to look at working at both of those," she said. "But it goes well beyond that."

McCarthy and other senior Biden administration officials have met with CEOs of utilities and major car manufacturers in recent weeks as work began on the new carbon commitments, which will be spelled out in the administration’s nationally determined contribution to the Paris Agreement, or NDC.

Biden has pledged to deliver the targets on or before an Earth Day summit he’s hosting in April for world leaders.

McCarthy cast the early discussions with industry as collaborative.

"I’m not asking them to take on the world," she told Carlos Pascual, IHS Markit’s senior vice president for global energy, who was interviewing her today for the industry conference. "I’m asking them to tell us what they see the world looking like and how we can work together."

McCarthy said the goal is to regulate "just to the level you need to get public investment in order to get the private sector to say, ‘I get it, I can make money on it, I’m running.’"

She used her appearance to highlight Biden’s plans to ask Congress for a comprehensive infrastructure package this spring that would spend billions on roads, bridges and electric-vehicle charging stations. The legislation could also offer assistance to U.S. auto manufacturers to retool their plants to produce electric vehicles and battery storage technology.

The federal government is a major purchaser of vehicles, McCarthy noted. "If we value these things, we’re going to buy them," she said.

McCarthy spoke two days after Biden’s special presidential climate envoy, John Kerry, spoke at the same conference, where he suggested that oil and gas companies should concentrate on becoming "energy companies" with more diverse assets. His remarks prompted some pushback from the CEOs of oil majors (Energywire, March 3).

But McCarthy, who called Kerry her "partner in crime," said the low-carbon transition isn’t a "zero-sum game" between renewable and incumbent energy industries. She touted the need for investment in carbon capture and storage technology.

The Biden administration is also due to release more details soon about its plans to establish a Civilian Climate Corps to help expand natural areas that can act as carbon sinks.