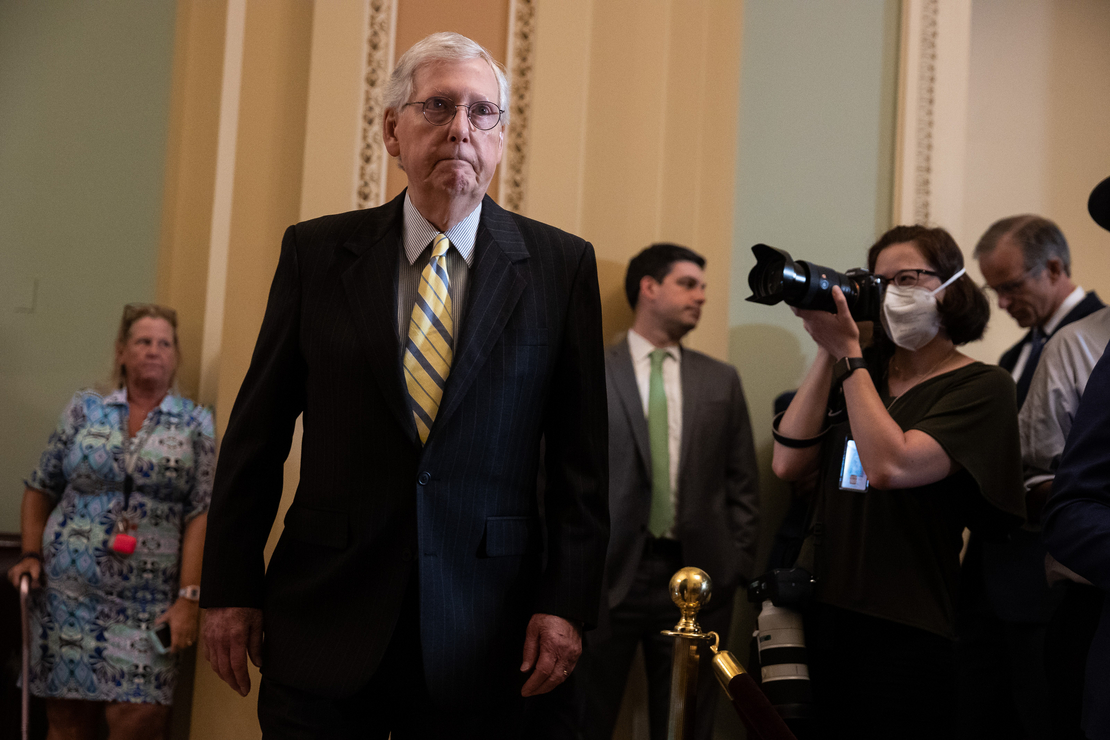 In a tweet yesterday afternoon, Senate Minority Leader Mitch McConnell (R-Ky.) vowed to prevent a bipartisan agreement on the innovation bill and its billions in federal funding for energy and to help spur the domestic semiconductor industry should Democrats move forward with reconciliation.

“Let me be perfectly clear: there will be no bipartisan USICA as long as Democrats are pursuing a partisan reconciliation bill,” McConnell tweeted, referring to S. 1260, the “U.S. Innovation and Competition Act.” His office declined further comment.

The tweet highlights the growing momentum between Senate Democrats to potentially securing a deal on a reconciliation package that could authorize hundreds of billions in clean energy tax breaks.

Majority Leader Chuck Schumer (D-N.Y.) and Sen. Joe Manchin (D-W.Va) have reengaged on negotiations over a slimmed down package for the past several weeks. Manchin scuttled the House-passed version late last year over concerns it could exacerbate inflation plaguing the economy.

The innovation and economic competitiveness package passed the Senate last year and has enjoyed wide bipartisan support. McConnell voted for the Senate version of the bill.

Yesterday, NBC News reported that Democrats were close to finalizing a plan to lower prescription drug costs in the reconciliation package. The provision would allow Medicare to negotiate prices with pharmaceutical companies. Republicans have repeatedly opposed such efforts.

“Sen. McConnell is holding American jobs in key US industries hostage to help China and protect his friends in big pharma allowing them to keep screwing over Americans with outrageously high [prescription] drug prices,” Justin Goodman said in an email.

The Senate bill, USICA, would authorize billions for National Science Foundation and Department of Energy research and development programs as well as direct $52 billion to help jump-start the domestic semiconductor industry. The House bill, H.R. 4521, is known as the “America COMPETES Act.”

Negotiations between the House and Senate reconciling differences between competing versions of the bill have lagged as a conference committee of more than 100 lawmakers have struggled to find common ground on a host of issues. Stumbling blocks include trade and other foreign policy issues. International climate funding has also been a sore spot (E&E Daily, June 14).

In April, McConnell urged negotiators to jettison Democratic priorities in the House bill, including what he described as “Green New Deal follies” and “Big Labor handouts.”

The four corners of Democratic and Republican leadership huddled a week and half ago to discuss progress on the conference negotiations. Following that meeting, Schumer and House Speaker Nancy Pelosi (D-Calif.) expressed urgency in securing an agreement before the August recess (E&E Daily, June 22).

“This legislation is necessary to help lower costs for the American people by addressing supply chain issues, the chips shortage and more, and we urge all Members to work with the urgency the situation deserves,” the duo said in a joint statement on June 21.