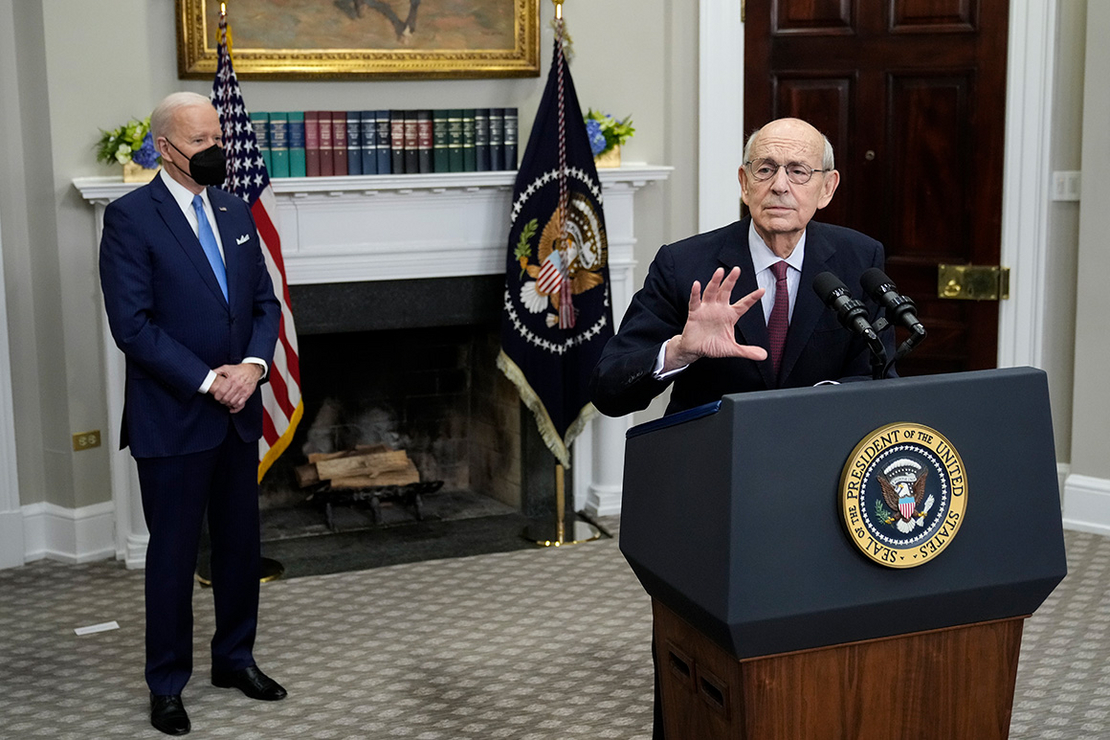 In a statement, McConnell, a Kentucky Republican, said, “The American people elected a Senate that is evenly split at 50-50,” adding, “To the degree that President Biden received a mandate, it was to govern from the middle, steward our institutions, and unite America.”

He continued, “The President must not outsource this important decision to the radical left. The American people deserve a nominee with demonstrated reverence for the written text of our laws and our Constitution.”

Biden will nominate the first Supreme Court justice of his presidency in the coming weeks. He pledged to select the first-ever Black woman nominee at an announcement earlier this afternoon.

In the event all Republicans unite against Biden’s nominee, they could deploy procedural tactics to delay confirmation but not tank it — unless a Democrat peels off to join Republicans in opposition.

Sen. Joe Manchin (D-W.Va.), a moderate who has had no qualms about sinking Biden nominees and legislative priorities by siding with Republicans, seems like the most obvious choice to defect. But in a local news interview earlier today, Manchin indicated he wouldn’t let certain political views sway his vote.

“Whoever [Biden] puts up will have experience, and we’ll be able to judge them off of that,” Manchin said. “But as far as just the philosophical beliefs, no, that will not prohibit me from supporting somebody.”

Biden has offered no clues about who he will pick for the job other than to confirm the commitment he made on the campaign trail to nominate a Black female jurist.

Some names being floated include Ketanji Brown Jackson, 51, a former Breyer clerk who was confirmed last fall with some bipartisan support to replace incoming Attorney General Merrick Garland on the U.S. Court of Appeals for the District of Columbia Circuit. Leondra Kruger, 45, a California Supreme Court justice, has also been mentioned as a potential pick (Greenwire, Jan. 27).

House Majority Whip Jim Clyburn (D-S.C.), who secured Biden’s promise to nominate a Black woman for the high court during the 2020 campaign and is widely seen as having made the primary election endorsement that won him his own nomination on the Democratic ticket, is pushing for J. Michelle Childs to be selected.

Childs is a federal judge in South Carolina whom Biden recently nominated to serve on the D.C. Circuit Court of Appeals.

“The Senate will have a fair process that moves quickly,” Senate Majority Leader Chuck Schumer (D-N.Y.) said today, “so we can confirm President Biden’s nominee to fill Justice Breyer’s seat as soon as possible.”