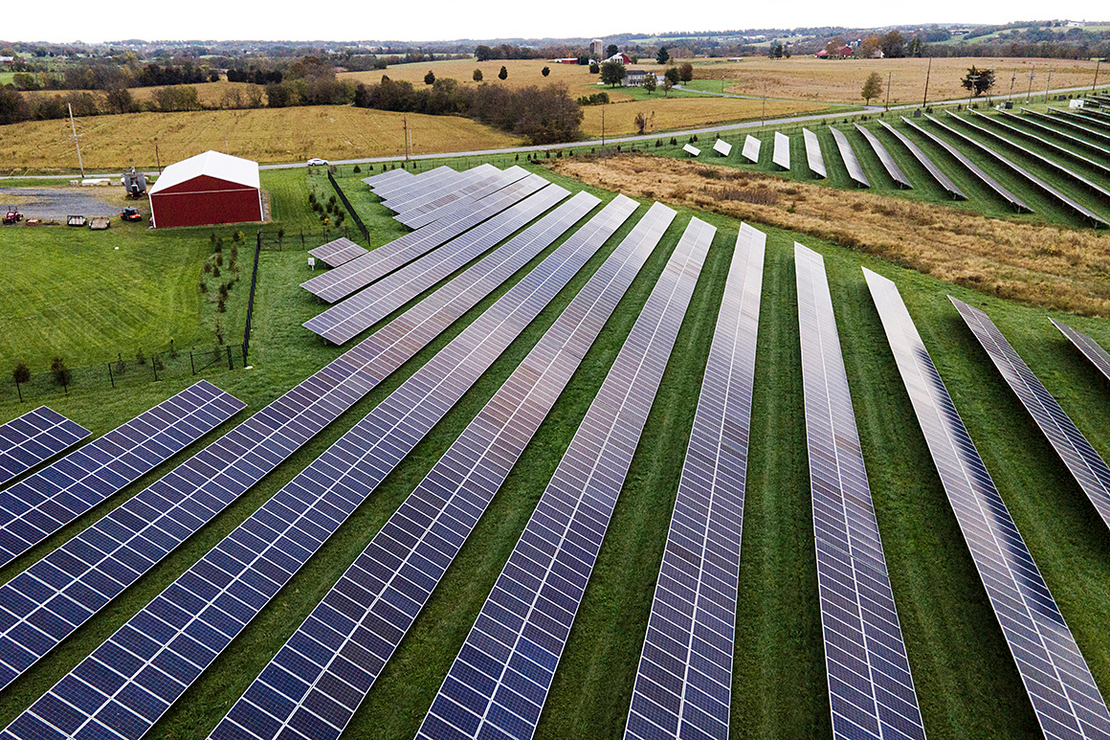 Maryland is expected to enact new clean energy policies that would require significant reductions in carbon emissions, a move that could shake up the fuel mix in a state that relies on natural gas for more than a third of its power.

Having already passed the Senate, the bill could be vetoed by Gov. Larry Hogan (R), who this month called it a “reckless and controversial energy tax bill.” But state Sen. Paul Pinsky, a Democrat from Prince George’s County and sponsor of the bill, said he expects the Legislature to have enough votes to override a potential veto.

“[If] he vetoes it, there will be time for an override vote before the session ends on April 11,” Pinsky said in an email.

In addition to mandating statewide emissions reductions, the bill would direct the Maryland Public Service Commission and the state’s Building Codes Administration to “study and make recommendations on the electrification of buildings in the state” by the end of 2023. An earlier version of the bill requiring buildings constructed beginning in 2023 not to use fossil fuels for water and space heating was amended to instead only require the study.

Still, some climate advocates said they were disappointed that the final version lacked a stronger framework to advance carbon-free electricity and electrification of all sectors.

“[These] are big goals — some of the best in the country. Unfortunately, the bill doesn’t provide a specific, comprehensive and concrete plan for how to get there,” said Mike Tidwell, founder and director of the Chesapeake Climate Action Network.

Hogan has also questioned whether the measure is necessary, and touted emissions reductions that Maryland has achieved already in a March 10 statement. The state ranks 34th in the U.S. for carbon emissions and 42nd for energy use per capita, according to the U.S. Energy Information Administration. Currently, nuclear and natural gas power roughly 80 percent of the state’s electricity, with natural gas generation having more than tripled in the past six years, according to the agency.

“Our focus right now should be on increasing domestic energy production and lowering costs — not raising them. While we share the goal of protecting our environment and combating climate change — and have made historic progress — putting the costs on Marylanders is no solution,” Hogan said at the time.

His office could not be reached for comment on the latest version of the bill and whether he plans to veto it. Last year, lawmakers failed to pass a similar proposal.

‘We can’t stand and do nothing’

During a 3-1/2-hour debate this week in the House of Delegates, Republicans questioned the effects of the bill on Maryland’s economy.

Delegate Jason Buckel, a Republican from Allegany County in western Maryland, said the state has failed to produce a significant number of jobs in renewable energy. He proposed an amendment that would require half of the state’s renewable electricity by 2030 to come from projects located in the state.

“We’re accepting, and we’re trying to change. But what we need to do, is if you want us to go clean and green and want it to be a jobs program, put your money where your mouth is,” Buckel, whose district has a history of coal mining, said during the discussion.

The amendment failed to pass, with some Democrats saying the issue could be considered in the future and agreeing that more clean energy should be produced in-state. Altogether, the bill presents a “forward-looking” approach to reducing greenhouse gas emissions, said Delegate C.T. Wilson, a Democrat from Charles County.

“We can’t stand and do nothing. We can’t pretend we’re not trying to get off fossil fuels. We are,” Wilson said.

The bill includes a few provisions focused on jobs. For example, electric utilities would be required to ensure that contractors or subcontractors hired to work on projects funded through the federal Infrastructure Investment and Jobs Act pay their employees prevailing wages and provide health care and retirement benefits.

Although several electric and gas utilities had criticized the original version of the bill, some said they supported the general emissions reductions goals laid out in the latest version.

A spokesperson for Delmarva Power and Potomac Electric Power Co. (Pepco), two major electric utilities in the state owned by Exelon Corp., said the companies are committed to working with state leaders to address climate change.

“The recent amendments to SB528 recognize the impacts of an accelerated approach to state-wide electrification efforts and we are encouraged by the implementation of a study by the Maryland Public Service Commission to analyze several aspects of the proposed approach,” Candice Womer, a senior communications specialist at Pepco, said in an email.

Baltimore Gas and Electric Co., also owned by Exelon, said in a statement that the amended bill “addresses the grid reliability and energy affordability concerns” created by the original proposal. And Washington Gas, a natural gas distribution company, said it supported the state’s new greenhouse gas reduction goals, but preferred “a fuel-neutral approach.”

The bill’s passage in the Legislature comes seven months before the expected election of a new governor for the first time in eight years. For clean energy advocates, that could present an opportunity for the state to take additional steps to address climate change.

While Hogan supported a ban on hydraulic fracturing in 2017 and has championed a multistate carbon-reduction program known as the Regional Greenhouse Gas Initiative, he has vetoed or threatened to veto other clean energy measures, said Tidwell of Chesapeake Climate Action Network.

Some of the leading candidates running for governor this year have pledged support for 100 percent clean electricity in Maryland by 2035, in line with President Biden’s nationwide goal, Tidwell said.

“We’re hoping that whoever is the next governor, Republican or Democrat, could help us move forward on climate policy,” he said.

Correction: The Climate Solutions Now Act of 2022 calls for a 60 percent reduction in greenhouse gas emissions in Maryland based on 2006 levels by 2031. A previous version of this story said it required a 50 percent reduction.