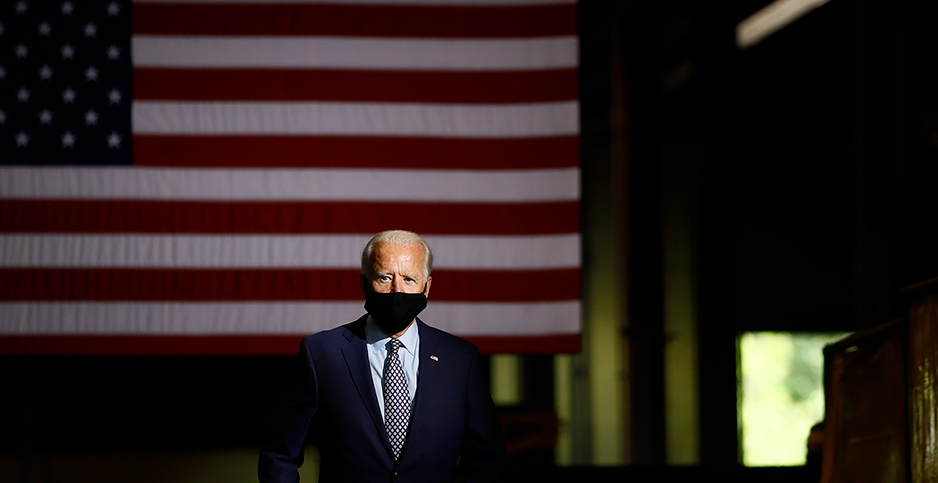 Climate change activists have emerged as some of presumptive Democratic presidential nominee Joe Biden’s most important donors, having hosted some of his biggest fundraising events.

Climate Leaders for Biden, an ad hoc group of deep-pocketed donors, has brought in more than $12 million for Biden’s campaign against President Trump and for the Biden Victory Fund, a joint fundraising committee that directs money to the former vice president’s campaign, the Democratic National Committee and state parties.

The group, which counts as its members some of the environmental movement’s major funders, has held three virtual fundraisers since the beginning of June, each with Biden’s participation and dozens of attendees. The most recent one was Wednesday (E&E Daily, July 9).

Another group, Clean Energy for Biden, has focused less on high-dollar fundraisers and more on donors in the clean energy business and their allies.

The organization, led by people involved in wind, solar, energy storage and similar industries, has brought in $550,000 for Biden in the last few months, including with an Earth Day fundraiser that featured Biden.

The two groups, both independent of Biden’s campaign, are showing the unprecedented lengths that major environmental movement backers are taking to defeat Trump in an election that leaders have said is pivotal to the future of climate change.

They also represent one of the major forces behind Biden as he fights Trump’s sizable war chest. As of May’s filings to the Federal Election Commission — the most recent documents filed — Trump and his affiliated committee funds have brought in $996 million, to Biden’s $557 million.

The climate donors’ contribution amounts aren’t yet known; the Biden Victory Fund doesn’t have to file an FEC report until later this month.

Trump has his own deep-pocketed donor allies in the energy industry, but his are largely in fossil fuels and related sectors (E&E Daily, July 19, 2019).

"It’s a growing group of donors that know that climate is one of the biggest challenges we face, both in the U.S. and globally, and that the next president really must make it a top priority," said one person involved in Climate Leaders for Biden.

"We’ve come away from the initial events understanding that he really does understand the magnitude of the challenge, he really does trust the science, that he’s willing to lead on climate, and he’ll be a huge improvement over the last four years," the person said.

Clean Energy for Biden, meanwhile, was established as a continuation of Clean Tech for Obama and Clean Tech for Hillary, groups that helped fundraise and organize for President Obama in the 2008 and 2012 elections and for former Secretary of State Hillary Clinton in the 2016 race, said Dan Reicher, a co-chairman of the group who co-founded it and its predecessors.

Reicher was assistant secretary of Energy for energy efficiency and renewable energy in President Clinton’s administration, worked on Obama’s transition team in 2008 and 2009, and now works at Stanford University’s Woods Institute for the Environment — though his participation in Clean Energy for Biden is in his personal capacity.

"The emphasis really is on the clean energy business community and advocates united to do one thing, which is to elect Joe Biden as president, and in doing so advance the nation’s clean energy economy," Reicher said.

"It’s entrepreneurs, engineers, scientists, investors, lawyers, policymakers, advocates. But it really comes back to the clean energy economy: How do we build it in terms of policy, technology and investment?"

Reicher said the shift from the "clean tech" name to "clean energy" was a deliberate attempt to demonstrate the mainstreaming of energy sources that were, until recently, considered niche alternative technologies.

Climate Leaders for Biden has thus far declined to name its full roster, but a handful of people, most of whom have long records of being media-shy, identified themselves at fundraising events, according to media pool reports from the gatherings.

They include Nat Simons, a senior managing director of investment firm Meritage Group, who co-founded and funds with his wife, Laura Baxter-Simons, the Sea Change Foundation.

Through Sea Change, they’re some of the nation’s preeminent supporters of environmental groups, having given millions in grants annually to the Natural Resources Defense Council, League of Conservation Voters, Sierra Club, Center for American Progress, Energy Foundation and others.

"If Joe Biden is elected president this fall, as we hope, his administration will face one of the most challenging moments in our nation’s history. He will need to tackle racial justice, and the COVID-19 epidemic and the associated economic downturn, which are ongoing crises felt very personally and right now, and also the climate crisis, the worst effects of which are less immediate, but which must be acted on now to prevent truly catastrophic impacts in our lifetimes," said Larry Linden.

"Joe Biden sees the strong interconnection between all of these issues and has made clear that climate change will be among his top priorities, not only in his campaign, but in the first days of his administration."

Tom Steyer, the billionaire climate activist known in recent years as a lucrative Democratic donor and founder of NextGen America, who ran for president himself, is also in the group, along with his wife, Kat Taylor.

"Joe Biden’s plan to address the climate crisis not only confronts an existential threat to the planet, but does so in a way that deals directly with the environmental injustice that disproportionately harms low-income communities and communities of color," Nicole Systrom, another member of the group, said in a statement. She founded the Sutro Energy Group.

All the participants are volunteers and working in their personal, not professional, capacities, Reicher said.

"The vice president is a true believer in the importance of the clean energy economy to address both the climate challenge and meet our economic needs. That is a distinct contrast with the current administration," he said.

"I think what a Biden administration would mean is we would get back on track in terms of supporting policies, major investment and accelerating technology development and deployment."

As Election Day gets closer, Clean Energy for Biden plans to focus on get-out-the-vote efforts, likely in concert with other similar groups.

The virtual event had more than 400 participants and raised more than $280,000, according to a person who attended.

Finish what was started

Groups of fundraisers working together can bring to mind an image of secretive billionaires writing checks. But Climate Leaders for Biden says the groups are committed to the environment, and this is the way they can show it.

"The donors are really committed to the issue, first and foremost, and they’re really committed to helping the vice president succeed," said the person involved with the coalition. "And their ability to raise resources to help his campaign is really just one more way in which they can be helpful."

Thomas Pyle, president of the American Energy Alliance, dismissed the Biden allies as pushing for harmful policies that can’t work. The fossil fuel-backed group supports Trump and has been supportive of many of his policy proposals.

"Silicon Valley entrepreneurs think they can do with energy what they did with computing, but they keep bumping up against the laws of physics. Unless they solve the storage problem — and they haven’t even scratched the surface — intermittent renewables will never compete with natural gas, coal and nuclear for electricity," Pyle said.

"So it’s no surprise that the Steyers of the world are bankrolling Biden’s campaign. They want him to finish what he and Obama started by resuming the war on affordable energy."

Trump campaign spokesman Ken Farnaso accused Biden of trying to wage a "war" against American energy, pushed by his donors.

"Candidate Biden is propped up by billionaires like Tom Steyer who want to launch a war against American energy producers," Farnaso said. "Whether it be fracking or coal mining, Biden’s Green New Deal policies will decimate jobs, increase taxes and fundamentally change the way of life Americans have learned to love."