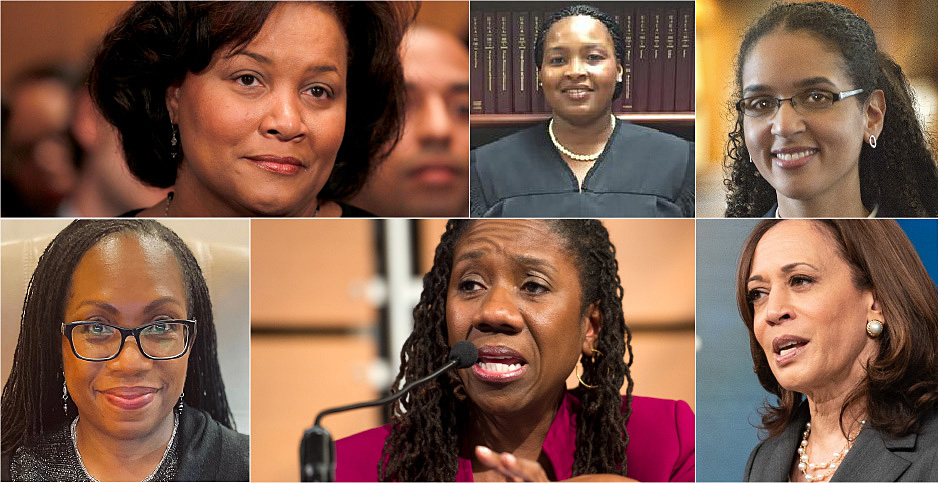 Justice Stephen Breyer’s plan to retire from the Supreme Court this year opens up an opportunity for President Biden to make a historic nomination to the nation’s highest bench.

Biden is expected to tap a justice who would the first Black woman on the Supreme Court — and who would follow in Breyer’s footsteps as a reliable vote for environmentalist interests.

“I’ve made no decision except one: The person I will nominate will be someone of extraordinary qualifications, character, experience and integrity,” Biden said in remarks today. “And that person will be the first Black woman ever nominated to the United States Supreme Court.”

Biden said he would announce his selection by the end of February.

Biden has spent the past year preparing to elevate a Black woman from the federal bench, nominating a record number of federal judges from underrepresented communities and with diverse professional backgrounds.

“Although the pickings were slim in that demographic category a year ago — when looking to judges of suitable age on federal circuit and state supreme courts — President Biden has already had five black women confirmed to circuit courts, with three more in the pipeline,” wrote Cato Institute Vice President Ilya Shapiro in a blog post yesterday.

Environmental groups yesterday urged Biden to choose a justice who would be sympathetic to greens’ claims in court — especially as the justices gear up to hear landmark climate and water cases in the coming months (see related story).

Biden’s nominee would not dilute the power of the Supreme Court’s six-justice supermajority, but the pick would avoid a deeper cut to the liberal wing.

“With the climate and extinction crises getting more dire every day, President Biden must now appoint a justice who understands that our existing laws must be used to their fullest extent to save our planet and future generations,” said Kierán Suckling, executive director at the Center for Biological Diversity.

“The status quo is failing all of us,” Suckling continued, “so Biden’s choice is crucial.”

Here are some of Biden’s potential Supreme Court picks.

Judge Ketanji Brown Jackson of the U.S. Court of Appeals for the District of Columbia Circuit is widely viewed as the fron-trunner for Breyer’s Supreme Court seat.

Jackson, 51, was Biden’s first pick for the D.C. Circuit, which often has the final say in legal disputes over EPA rules and other major environmental issues. She has served on the court since June.

As a judge of the U.S. District Court for the District of Columbia, a bench she was appointed to by former President Obama, Jackson built a reputation as a nonpartisan jurist who didn’t shy away from siding with the Trump administration.

In one recent case, Jackson ruled against green groups that had challenged the Trump team for exempting itself from environmental rules to build a wall along the U.S.-Mexico border (Greenwire, Sept. 5, 2019).

She attended Harvard University for college and law school, and she clerked for Breyer at the start of her legal career.

This year, Jackson won the votes of three Republicans who supported her promotion to the D.C. Circuit, a court that is seen as a talent pipeline for the nation’s highest bench.

Observers say Kruger, 45, may be a more attractive candidate because she is a few years younger than Jackson. Republicans have prioritized youth when making lifetime judicial appointments, ensuring that their picks can serve on the court for a generation to come.

Progressive groups have urged Biden and other Democrats to do the same.

Kruger may also draw support from greens due to her position on a prominent court in a state that is often at the cutting edge of environmental law (Greenwire, March 13, 2015).

Before she was appointed to the California Supreme Court in 2014, Kruger held high-level roles at the Justice Department, worked in private practice and served as a law professor.

She is a graduate of Harvard University and Yale Law School, and she clerked for former Supreme Court Justice John Paul Stevens.

Biden has a second option if he wants to look to the D.C. Circuit for a nominee.

J. Michelle Childs, 55, has been appointed — but has not yet ascended — to the prominent federal appeals court. She is currently a judge of the U.S. District Court for the District of South Carolina.

In her current role, which she has held since the early years of the Obama administration, Childs has had limited experience with environmental issues. She has overseen a couple cases related to nuclear waste cleanups and utility rates.

Her appointment late last year to the D.C. Circuit was viewed as an attempt by Biden to shore up his Supreme Court options (Greenwire, Jan. 3).

A federal judge with a well-known sibling is also thought to be in the running to be Biden’s Supreme Court nominee.

Gardner is also an Obama appointee to the U.S. District Court for the Middle District of Georgia, where she has served since 2014.

Prior to her federal court appointment, Gardner was an assistant U.S. attorney and worked in private practice.

She is a graduate of Brown University and Yale Law School.

A member of Biden’s bipartisan commission on judicial reform could also get the Supreme Court nod.

Sherrilyn Ifill, 59, is the president of the NAACP Legal Defense Fund and a member of the Biden commission, which last year submitted a report to the White House analyzing various options for court reform.

The commission examined but did not endorse the most dramatic proposal: adding new justices to dilute the Supreme Court’s 6-3 conservative majority (Greenwire, Dec. 8, 2021).

Biden has not revealed next steps on judicial reform.

Ifill is a frequent commentator on voting rights and judicial appointments. She is a graduate of Vassar College and New York University School of Law.

Before coming to the White House, Harris was a senator for California and a member of the Judiciary Committee, where she earned a reputation for asking tough questions during the panel’s hearings on former President Trump’s judicial picks.

Prior to that, she was attorney general of California — a position that is frequently at the forefront of environmental litigation. Harris, 57, is a graduate of Howard University and the University of California Hastings College of the Law.

But Psaki yesterday rejected rumors that Harris could be the pick.

Biden said today that he will rely on his vice president in the Supreme Court selection process.

“I’m fortunate to have advising me in the selection process Vice President Kamala Harris,” he said.