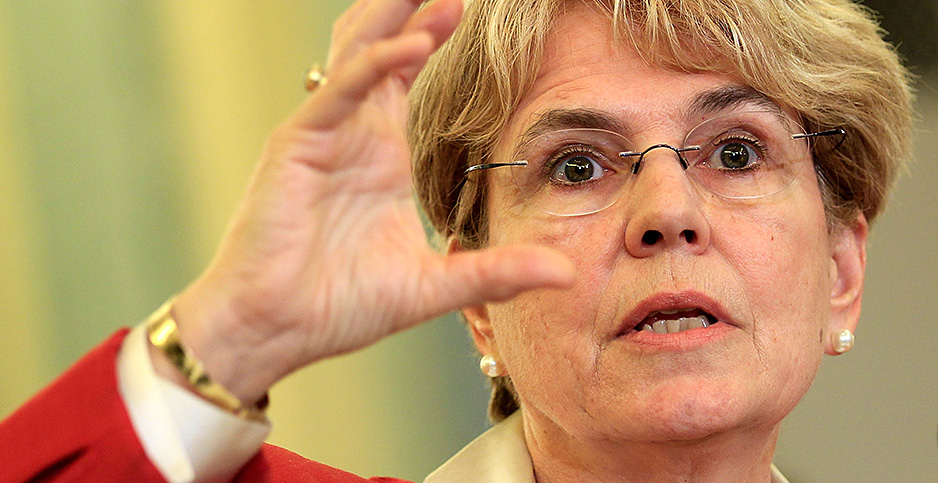 This story was upated May 27.

Years ago during the Obama administration, on a plane en route to the Gulf Coast, then-Vice President Joe Biden asked Jane Lubchenco about the impact of the Deepwater Horizon oil spill. He was in awe of her responses.

"Wait a minute," Biden said. "I thought you were a scientist."

"I am," said Lubchenco, who led NOAA at the time.

"But I just understood everything you told me," Biden said. "I have a lot more questions for you."

It’s an anecdote Lubchenco is fond of sharing. As she wrote in Scientific American, the exchange underlined Biden’s high regard for science.

Now in the Oval Office, Biden tapped the celebrated marine biologist, 73, as one of his top advisers. Lubchenco is deputy director for climate and environment at the Office of Science and Technology Policy.

It’s a job that, as she puts it, will require her to "make sure there is good science at the table when the administration is considering important actions."

"I have long believed that science should serve society," Lubchenco said during an interview last month from her home in Corvallis, Ore. "All too often the discoveries that scientists make are not shared as broadly as they could and should be."

Lubchenco found herself at the center of high-profile skirmishes after the 2010 oil spill, one of the defining episodes of her career.

Controversy followed when she and other scientists said the spilled crude was disappearing faster than anticipated. Environmentalists accused Lubchenco of glossing over the marine damage.

Other debates focused on the use of chemical dispersants and the fate of the Gulf fisheries, which NOAA, under her leadership, closed for a time out of concern for contaminated seafood.

"She is a person who deeply cares about the environment, but she is also a scientist," said David Valentine, a biology professor at the University of California, Santa Barbara.

"What we saw is she took a very diligent scientific approach — neither the extreme environmental side nor the business side were super happy, but I think that also tells you that you maybe are doing the right thing."

Valentine says Lubchenco "recognized something that others didn’t. Some of the greatest effects on communities were from misinformation."

‘Not just an ordinary scientist’

This year Lubchenco returned to government under a president set on highlighting science and scientists. Biden is looking to show contrast with the previous president, who preferred following his own instincts rather than government experts.

"I would expect Dr. Lubchenco as a scientist to play a public-facing role," said Doug Rand, an assistant director in President Obama’s OSTP. "Scientists aren’t just eggheads you have on speed dial in case you have a question."

The MacArthur Foundation gave Lubchenco its "genius" prize in 1993. The organization gives recipients generous awards to pursue their work.

Lubchenco’s son Duncan Menge, now an associate biology professor at Columbia University, said the award made him realize his mom "was not just an ordinary scientist. She was really, really good at it."

Andy Rosenberg, who used to work for Lubchenco at NOAA, said, "It’s a running joke to introduce Jane by saying it would take a lot less time by listing all of the awards she didn’t win."

Lubchenco has 24 honorary doctorates. She did breakthrough research on ocean ecosystems, the world’s fish supplies and weather forecasts. Her most well-known paper — one of the first to attempt to make a scientific case for the extent of human impact on the planet’s ecosystem — has more than 11,000 citations.

In the 1990s, Lubchenco served as president of the American Association for the Advancement of Science. In the early 2000s, she founded the Aldo Leopold Leadership Program and the Communication Partnership for Science and the Sea, lauded as ahead of its time for promoting science communication.

"She is a figure in the science world, and not just in marine ecology, that a lot of people have coalesced around," Rosenberg added. "She thinks about things very strategically."

Lubchenco’s Twitter profile photo is of her scuba diving in the Florida Keys, her short blond hair feathering out of her head, resembling the coral she is hovering above.

The photo was taken in 2010 when Lubchenco and her staff went to examine a NOAA-funded coral restoration project included in the 2009 stimulus package.

Lubchenco also led the development of NOAA’s first-ever scientific integrity policy, which allowed government scientists to "freely speak to the media and the public about scientific and technical matters based on their official work."

Years later she would blast the Trump administration for violating the policy by failing to correct the president’s false claims about Hurricane Dorian’s path.

Last month, Lubchenco hosted an international virtual event that included John Kerry, the president’s special envoy on climate, as well as 14 world leaders like Frank Bainimarama, prime minister of Fiji, and David Kabua, president of the Republic of the Marshall Islands.

Sitting in front of a Japanese quilt made in Corvallis — a blue and green pattern of sea urchins and shells — Lubchenco used expansive language, asserting the Biden administration is "flipping the script on the ocean — from victim to solution."

It’s a sentiment she has voiced before, including when she served from 2014 to 2016 as the first-ever U.S. envoy for the oceans, a post that sent her to China, Indonesia, Mauritius, Seychelles and South Africa — countries she found were looking to the ocean for economic gains.

In remarks released by NOAA, Lubchenco said some often fail to understand the pitfalls of exploitation. On the flip side, she said others found the "doom and gloom" messages about the ocean to be "so powerful that they shy away from any future uses of the ocean."

But she said she’d seen some "fabulous, sustainable efforts that demonstrate that we do not have to choose between a healthy ocean and reaping its economic and social benefits."

Lubchenco told E&E News that the oceans as a carbon sink have been an underappreciated part of climate conversations.

"There has been an attention to the importance of forests — I would underscore that — but there is great opportunity that has not really been on the radar screen for protecting and restoring coastal ecosystems like mangroves, sea grass beds that absorb as much as 10 times as much carbon per unit area as do forests," she said.

President Biden’s decision to centralize climate policy in the White House, rather than at EPA, has led some to wonder how the power relationship between the executive office and the environmental agency will unfold.

Lubchenco addresses the question by calling climate "not just an issue of a few agencies."

"Climate does touch all of the agencies. We have to get beyond the silos," she said. "Tackling the climate crisis is about so much more than regulating emissions."

Many advocates hoped Biden would pick Lubchenco to lead OSTP. He chose mathematician and geneticist Eric Lander instead.

Born in Denver, Lubchenco says she grew up with a lot of freedom. The oldest of six girls, she was protective of her sisters but was never expected to babysit. Lubchenco had time to explore.

She would often take off with friends for 10 days to go backpacking in the Colorado backcountry, she recalled. "We were able to discover ourselves through experiences," Lubchenco told E&E News.

Her parents are both doctors. Lubchenco’s dad, "Doctor Mike," was a surgeon. Her mom was a "classic" pediatrician who loved babies.

As her sister, Peggy, remembered it, "Mom had polio when she was young but never considered herself handicapped. She was all of 4 feet, 11 inches, but she had a presence. We all learned a ton about self-confidence from her."

Jane Lubchenco said her parents were romantics in the sense they believed in service and the idea that "it didn’t matter who needed help."

"People would just come to the house" for health care, Lubchenco recalled. Once their next-door neighbor cut his toes mowing the lawn.

Peggy Lubchenco, a retired science teacher in Santa Barbara, said, "My dad sent us out to find the toes and then sewed them back on."

Jane Lubchenco’s grandmother Portia was the first woman to graduate from the medical school at North Carolina State University. Amazon.com sells a hardcover book on her life for $82.

"She has been a trailblazer in many ways — being a strong, successful woman in science — but she had good role models," Menge, Lubchenco’s son, said of his mother.

She grew up in a time when there were no sports for girls other than shaking a pompom on the side of a field, an activity she said hardly amounted to cheerleading.

Yet her parents believed sports were important and found teams outside of the school. Lubchenco gravitated toward springboard diving, a sport she continued through college.

Reflecting on her older sister’s accolades, Peggy expressed admiration for the way Jane and her husband, Bruce Menge, blended advancing their careers and raising their children.

Menge, also an ecologist, met Jane during graduate school at the University of Washington. Before having children, the pair approached Oregon State University with the proposition they split a professorship. They were the first to do so.

"It worked out beautifully for Oregon," said Marcia McNutt, president of the National Academy of Sciences, who has known Jane Lubchenco for decades. "They got two really top scientists for the price of one." McNutt said Lubchenco has been the "foundation of the marine program there."

It is with that background Lubchenco enters what could be her most difficult role yet: transitioning the White House from the Trump era to the current focus on climate change. It will involve conveying the gravity of the crisis while navigating perilous politics.