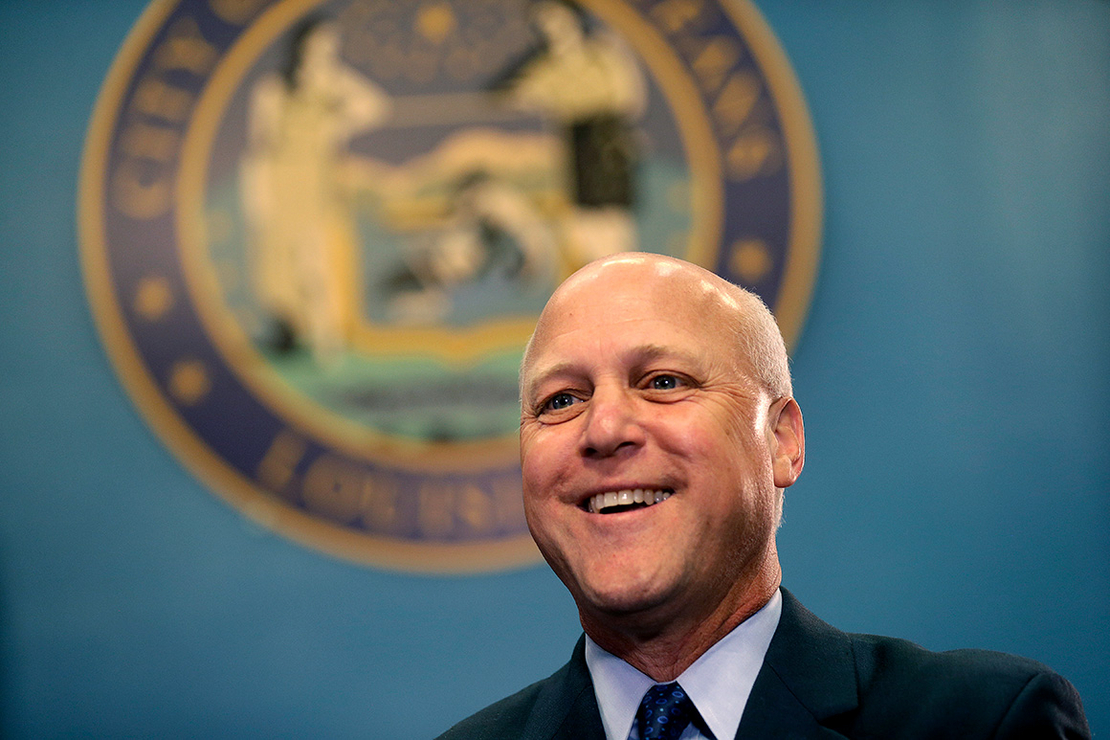 Mitch Landrieu, whom President Biden has charged with implementing a historic $1.2 trillion infrastructure package, is known as a realist with a knack for maneuvering within tricky political environments and picking his battles wisely.

Whether the former New Orleans mayor and Louisiana lieutenant governor can live up to that reputation and successfully shepherd through an enormous pot of money that touches on every facet of American life, from ports and highways to water systems and electrical grids, could translate into political success — or doom — for both Landrieu and Biden.

“One of his signature ideas was not only ‘get it done yesterday,’ but also ‘build it back better,’” said John Kiefer, professor of political science at the University of New Orleans and director of the Master of Public Administration program.

But as a top White House adviser on infrastructure, Landrieu will face no shortage of challenges in overseeing the distribution of federal funds tied to the bill, which Biden is scheduled to sign this afternoon. Enacting such a large-scale build-out could be as difficult as getting the language through a divided Congress.

And then there are the politics. Republicans have blasted the bill as overspending, and some conservatives who supported the measure are facing vitriolic phone calls and death threats from constituents.

Yet Landrieu has been battle-tested, observers say, and his experience and policy chops make him well-suited for the job.

“There will be big differences between agencies and communities as to just how ready and able they are to drink from this fire hose. Mitch knows that,” said Mark Davis, who directs the Tulane Institute on Water Resources Law and Policy in New Orleans.

“The post-Katrina infrastructure infusions here — traditional and green — were kind of the test kitchen for this,” Davis continued. “This is going to take real work, since this will not just be about building stuff but building the right stuff and then operating and maintaining it, all while walking a political tightrope.”

While Louisiana Republican Sen. Bill Cassidy applauded Biden’s appointment, Rep. Garret Graves, a Republican from Baton Rouge who has a long history of working with Landrieu, is taking a wait-and-see approach.

“Garret has known and worked with Mitch for 20 years. They partnered on rebuilding levees and restoring coastal wetlands damages from Hurricane Katrina. If that Mitch shows up, it will help the effort,” said Zach Barnett, a spokesperson for Graves. “On the other hand, we are still looking for small children, cars and an Abrams tank swallowed by New Orleans’ famous potholes. Hope that Mitch doesn’t show up.”

Landrieu is likely positioning himself for future political office, whether in Louisiana or outside the state, said Kiefer.

Looking at his legacy in Louisiana, Kiefer said Landrieu has a strong record of tackling crises and navigating the politics around federal spending.

In the spring of 2010, New Orleans was still recovering from Hurricane Katrina when Landrieu was sworn in as mayor. In the months leading up to his landslide victory, Landrieu had vowed to kick-start the process of helping the city get back on its feet and push projects forward, all while tackling crime in the struggling city.

For local communities exhausted from political intrigue and corruption, Landrieu was a “breath of fresh air,” said Kiefer.

For one, he hailed from a “trusted family” and was able to secure support and cooperation from across the political spectrum, as well as local and parish governments that were feuding with the city, said Kiefer.

Mary Landrieu, his sister, at the time was a U.S. senator representing the Pelican State and chair of the powerful Senate Energy and Natural Resources Committee. Landrieu’s father, Moon Landrieu, served as mayor of New Orleans for eight years in the 1970s, oversaw the integration of city government, and later was secretary of Housing and Urban Development under former President Carter.

Mitch Landrieu also emerged as a champion for securing — and spending — hundreds of millions of federal dollars to revitalize New Orleans after the hurricane and, as Kiefer recalled, effectively communicating the benefit of that work far beyond the city limits.

While Landrieu didn’t have much to do with construction of levees to fortify the city against flooding — that fell to the Army Corps of Engineers, the state and levee boards — he did take on the issue of resilience and water management within the city, said Davis. That included the adoption of a city master plan and a comprehensive zoning ordinance, and he supported the Great New Orleans Urban Water Plan, said Davis.

David Muth, Gulf restoration director with the National Wildlife Federation, said Landrieu understood the importance of green or natural infrastructure to protect New Orleans and the Gulf Coast and used his bully pulpit as mayor to connect the city’s well-being with coastal health. Muth noted he created a resilience office within the city of New Orleans and publicly supported projects that diverted the Mississippi River into nearby wetlands and marshes to thwart erosion.

"He understood New Orleans was a coastal city and that its fate was tied to coastal wetlands and their restoration," said Muth.

But observers also acknowledged that Landrieu’s tenure was not without its blemishes. Some, for example, have criticized the recovery as inequitable, not benefiting low-income, African American neighborhoods as much as better-known parts of the historic city.

His administration also saw little success in overhauling the management of New Orleans’ Sewerage and Water Board, which oversees a system of pumps, turbines and water purifiers that keep the city dry while providing drinking water.

Landrieu repeatedly criticized the board, despite leading it, and in 2017 hired a private, third-party company to helm the agency. The system is still a problem today, facing lingering power and pump problems in the city’s drainage system and most recently being raided by the FBI, according to local news reports.

Davis said the board’s woes demonstrate that fixing infrastructure is not just a matter of money, but even more a matter of jurisdiction, authority and culture.

“Mitch did not create those problems, and he did not fix them,” said Davis. “His record with that is at best mixed, but it is an experience that should help him in this new post.”