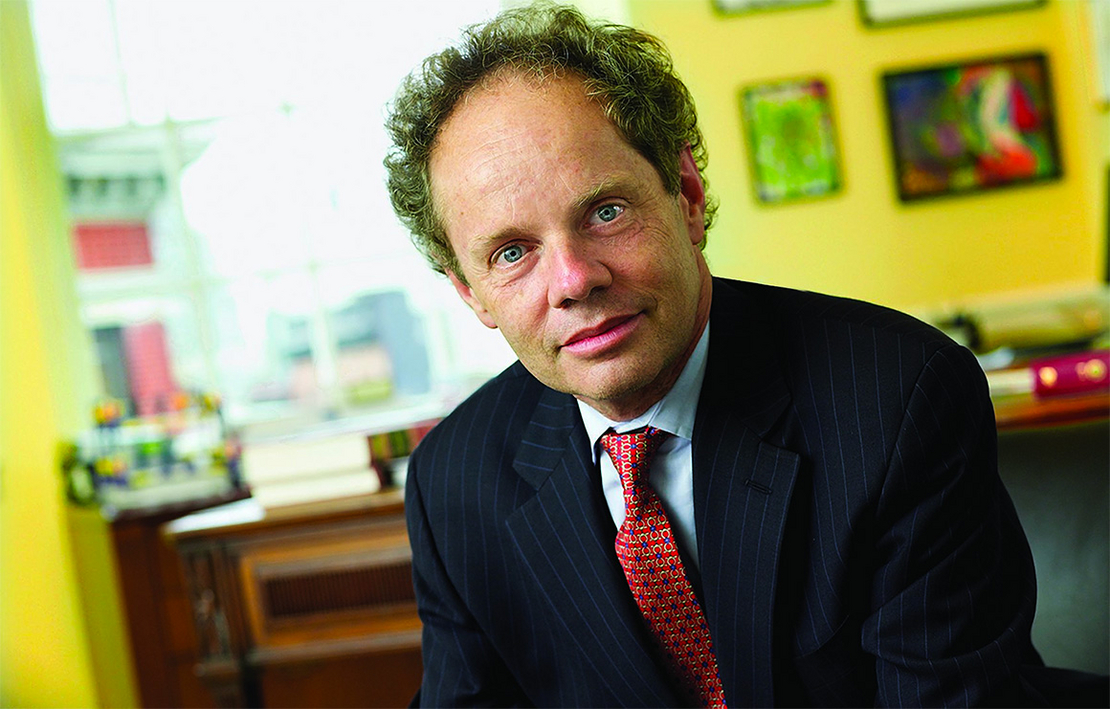 The White House has chosen a regulatory review chief who has spent decades analyzing the real-world impacts of executive rulemaking.

Richard Revesz, who was nominated this month to head the White House’s Office of Information and Regulatory Affairs, has published multiple volumes on how the government can measure the costs and benefits of its rulemakings. The New York University law professor and founder of the Institute for Policy Integrity also is an expert on environmental litigation — an important attribute given the role a conservative Supreme Court now plays in shaping regulatory policy.

“There is no one alive who knows more about the regulatory process than Richard Revesz,” said Michael Gerrard, director of the Sabin Center for Climate Change Law at Columbia University. “He was in many ways the obvious choice for this job.”

If confirmed by the Senate, Revesz would head a subsection of the Office of Management and Budget responsible for vetting hundreds of regulatory actions each year and ensuring they are robust enough to withstand the inevitable legal scrutiny.

And he would play an active role in shepherding through environmental standards, as well as rules for public health, workplace safety and other matters.

Notably, Revesz would start the job much later than many of his predecessors. Each of the last four presidents had an OIRA administrator confirmed by September of their first year in office.

Revesz has been called an establishment pick for the OIRA position because he supports the practice of assigning quantifiable and often monetized values to the costs and benefits of rules.

Cost-benefit analysis has been at the core of the regulatory review process for four decades. Some evaluation of the pros and cons of regulatory action is required under a broad set of laws, including the Clean Air Act and the Clean Water Act. And courts have enforced that requirement, as when the Supreme Court in 2015 sent EPA back to the drawing board on a mercury rule for failure to adequately account for the cost to industry.

But Revesz is also a leading thinker on how to make the time-worn regulatory review tool more responsive to real-world realities — including to structural inequality. “He’s not a cost-benefit acolyte,” said Gerrard. “He fully understands its shortcomings.”

Cost-benefit analysis was introduced as a tool for regulatory review during the presidency of Ronald Reagan, who was concerned that a decade of environmental and public health regulations was having a chilling effect on U.S. business.

“Under Reagan, cost-benefit analysis was definitely used explicitly as a way of dialing back regulation in general and environmental regulation specifically,” said Michael Livermore, a University of Virginia law professor and former executive director of IPI who co-authored books on regulatory review with Revesz.

But cost-benefit analysis methodologies continued to develop over subsequent decades, said Livermore. By former President Barack Obama’s administration, EPA had become so adept at measuring the benefits of controlling pollution — and those benefits proved to be so substantial — that standards for greenhouse gases, smog and hazardous pollution boasted estimated benefits that far outstripped their projected costs.

“And that shouldn’t be surprising,” said Livermore. “Because environmental regulation addresses a market failure. And so when you have a market failure, you would expect that at least some regulation would be cost-benefit justified.”

The role that cost-benefit analyses, or CBAs, played in supporting Obama-era standards such as the Clean Power Plan for carbon won over Democratic skeptics.

Which, in turn, led to Republican opposition to an approach once championed by Reagan. They criticized the methodology for propping up rules they saw as burdensome to U.S. industry.

Under former President Donald Trump, EPA moved to downplay the benefits of stronger pollution controls, such as avoided deaths and hospitalizations. Former EPA Administrator Andrew Wheeler finalized a rule in the twilight days of the Trump administration that slapped restrictions on the use of epidemiological studies (Greenwire, Jan. 5, 2021).

The Trump White House also changed the formula for tallying the cost of greenhouse gas emissions to exclude consequences of warming felt outside of U.S. borders — minimizing the benefit of avoided pollution. Changes like these lent support for the Trump EPA’s relaxed standards.

Livermore acknowledged that cost-benefit analysis could be misused.

“But when it’s done in good faith, it’s not anti-regulatory, and it is actually a way of identifying rules that that improve public well-being,” he said.

But some progressives remain unconvinced that regulators should endeavor to show a positive balance sheet for their rules. James Goodwin, an analyst with the Center for Progressive Reform, said CBAs were “garbage” at valuing benefits.

Inequity is a feature of a rulemaking process that relies on monetized values, said Goodwin. For example, agencies use something called the value of statistical life as an economic input for policies that help reduce the number of deaths across the population, be they power plant regulations or seat belt rules (Climatewire, April 15, 2020).

Those estimates vary, but they’re meant to reflect the price the average American is willing to pay to reduce the likelihood that he or she will die.

But the assumptions that inform the value of statistical life aren’t immune to systemic racism. One input that’s frequently used is the differential in wages that workers demand for performing jobs that are dangerous and carry a risk of injury or death. But, Goodwin noted, white workers tend to be paid more for those jobs. Black workers frequently aren’t.

Goodwin said that cost-benefit analyses are similarly lousy at considering distributional impacts: the question of who pays the costs and who reaps the benefits of a particular policy.

The result, he said, was policies that “sort of continue to push the benefits onto rich white people and push the costs onto poor Black people.”

Addressing inequity was a big reason behind Biden’s decision to issue a presidential memo on his Inauguration Day that tasked the OMB director with leading an overhaul of the regulatory review process.

But more than 20 months later, it’s unclear how far along that process is. The White House has said little about it since Jan. 20, 2021.

An OMB spokesperson told E&E News in an email that updates would be announced “soon.”

As OIRA administrator, Revesz would play a leading role in that effort. He has published extensively on many of the questions the memo raised, including on distributional impacts.

In an article he co-authored with NYU law student Samantha Yi in April, Revesz argued that previous Democratic administrations’ efforts to elevate equity in the rulemaking process faltered because agencies didn’t adequately consider whether the effects of an action would affect different populations differently.

For example, Revesz and Yi point to EPA’s 344-page regulatory impact analysis for the 2015 Clean Power Plan. EPA estimated the rule would help avoid thousands of premature deaths and tens of thousands of childhood asthma cases by cutting particulate pollution as a byproduct of reducing carbon. But the sprawling document devotes only one page to a cursory discussion of how that would impact low-income families with children, and fewer than four pages total to environmental justice considerations.

To the extent that impacts on specific populations were even considered in past rulemakings, Revesz and Yi found that EPA seems to start with “a presumption that because the rule will result in reduced emissions overall, that vulnerable populations will also experience reduced emissions” and benefits from mitigated climate change.

But there is little effort to consider as part of regulatory impact analyses whether the rules themselves would impose costs on specific communities or whether there might be regulatory alternatives that would benefit them more or burden them less.

The article urges the Biden administration to produce detailed guidance for agencies on how to consider distributional impacts, and to demand that they look at alternative regulatory models for their effects on different populations.

“And OIRA will need to police the compliance with this requirement,” they write. “Agencies are already required to undertake this analysis, but they have ignored it for a quarter century, and OIRA has looked the other way when it has reviewed their regulations.”

No ‘cookbook’ for equity

Bridget Dooling, a regulatory studies professor at George Washington University and former OIRA official, said developing a guidance of this kind would take time, though perhaps not the two decades that went into crafting OMB’s current guidelines for cost-benefit analyses, which have existed since 2003.

She said she was pleased that Revesz’s article envisioned a role for public comment, arguing that it would help the Biden administration’s reforms avoid the same fate of Trump-era anti-regulatory initiatives, which ended when the administration changed.

“The way the government approaches these questions shouldn’t change every four years,” she said. “The way to get there is to run a process that is inclusive and is concerned about legitimacy and staying power.”

Dooling, who served on the Biden-Harris transition team, said the administration also should anticipate that its guidance would evolve as lessons are learned about how best to incorporate distributional impacts into regulatory review, and as agencies improve the way they collect data on the populations they serve.

In writing its guidance, OMB won’t have a distributional analysis “cookbook,” she said, because methodologies for addressing unequal impacts of regulation are still being developed..

Instead, she said, the administration should aim for “something interactive, that sort of builds over time.”

Dick Morgenstern, a former senior EPA official who is now a senior fellow at Resources for the Future, said agencies like EPA had made progress recently in how they measure inequality. But when it comes to translating that data into policy options, he said, EPA is still “nibbling around the edges.”

“Asking tough questions is going to be Ricky’s strength,” said Morgenstern, who serves on IPI’s advisory panel. “When [regulatory impacts analyses] come in from EPA or any other agency and they’re lacking in more favorable options, Ricky is the kind of guy who can dig deep and say, ‘Well, how about this other idea?’

“He’s a very innovative guy, and I don’t think he’s reluctant to get involved in detail,” Morgenstern said. “Some administrators are kind of standoffish and see themselves as the CEO. I think he would probably have a more hands-on kind of view. That’s just who he is.”