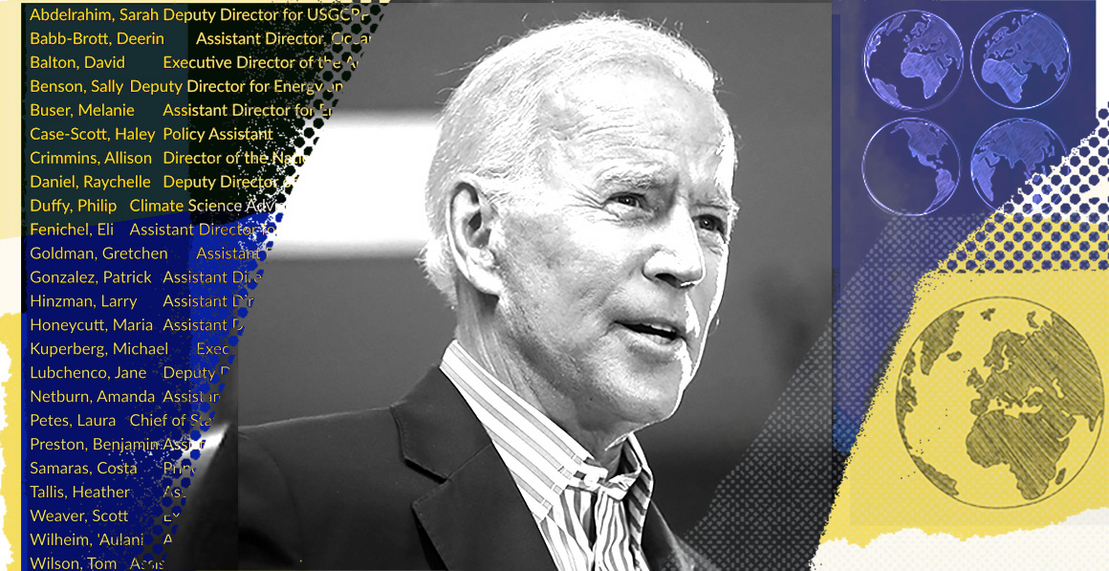 On his first day in office, Biden sought to raise the profile of the Office of Science and Technology Policy after it was a low priority during the Trump administration, with its climate research relegated to the back burner.

But even as Biden elevates the science shop and its climate portfolio, the staffers and work of the traditionally opaque science office remain largely behind the scenes.

A May 13 staff list — the most recent roster that’s publicly available — offers details about the people working on some of the Biden administration’s top science priorities.

They’ve stocked up their teams with experts on topics including oceans, biodiversity, electricity and environmental justice. The White House is also asking Congress to significantly expand the science office’s full-time staff, which would likely mean more employees dedicated to the climate and energy divisions.

The administration’s sprint to staff up the climate and energy teams comes as OSTP was beset by low morale, staff turnover and the sudden exit of OSTP Director Eric Lander this year following allegations that he created a toxic workplace.

But the drama at the top didn’t drag down the science office’s climate and energy work, Benson told E&E News in a recent interview. “We didn’t slow down a bit,” she said.

Biden announced a “new chapter” for OSTP this year, appointing deputy Alondra Nelson to “perform the duties of director.” It’s unclear whether she’ll get the nod to serve in the role permanently, but she’s made an attempt to improve the office’s public perception, giving magazine interviews and posting Twitter updates about recent work.

People familiar with OSTP say the climate and environment teams were somewhat insulated from the Lander turbulence and that, generally, collaboration has improved.

“Spirits seem to be up,” said Andrew Rosenberg, a director at the Union of Concerned Scientists. Nelson is “sending out weekly updates. I think people are more engaged in their work and not looking over their shoulder to see if Lander is coming.”

The climate and energy offices within OSTP operate as “sister” organizations, Benson said. Lubchenco’s staff focuses on climate science, water issues and biodiversity. Benson’s division was created to zero in on climate solutions and the need for a “massive effort to transform the energy system,” she said.

They’ve already brought in some other heavy hitters from the climate and energy research worlds, but they’re hoping to hire even more people.

Biden has asked Congress to fund a total of 46 full-time staff for OSTP in 2023 — more than double the 22 full-time employees on staff in 2021, when Biden entered the White House. If those positions are funded, OSTP would have more full-time staffers than any year dating back to at least 1990, according to data compiled by the Congressional Research Service.

“Anything you could do to bring up the numbers, I think would be good,” said Don Wuebbles, who served in the Obama White House as OSTP’s assistant director for climate science. OSTP is “begging and borrowing otherwise” to get the expertise it needs.

The science office is also staffed by detailees on loan from other agencies and fellows funded by outside organizations. The office’s defenders say the use of fellows and consultants has been customary for some time, but the practice came under increased scrutiny after POLITICO published a story revealing billionaire Eric Schmidt’s notable level of influence.

The latest publicly available staff list showed OSTP with 140 total employees, including those funded by other departments and organizations. Of those, 28 are currently dedicated to the Climate & Environment Team, which cover many themes like oceans, the Arctic, nature and environmental health, according to details provided by OSTP.

Here’s a look of some of Biden’s top climate and energy aides:

Other key staff in the OSTP climate and environment division