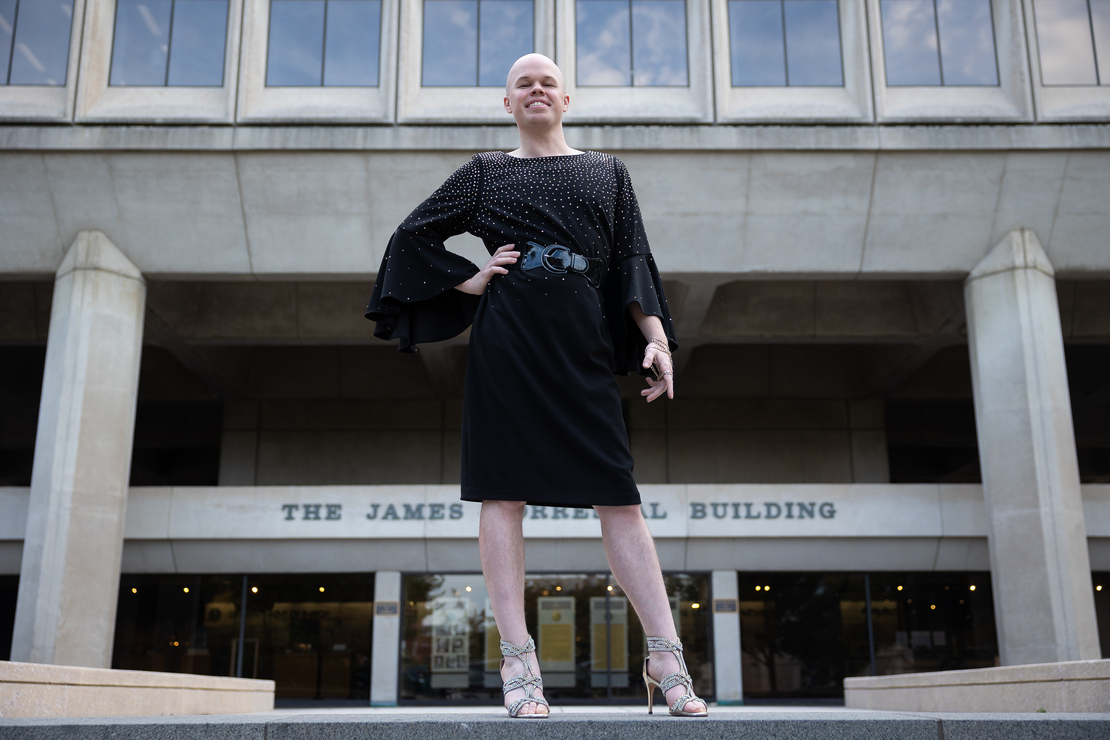 Sam Brinton may have, by some measures, one of the the Department of Energy’s toughest jobs.

In June, the nuclear energy guru became deputy assistant secretary for spent fuel and waste disposition. In other words, they’re in charge of helping the government find a place to store radioactive waste from nuclear power plants around the nation.

The high-profile appointment did not come with a hearty congratulation from friends. “They said, ‘You just joined a job that everyone hates,'” Brinton told E&E News in an interview.

Indeed, the federal government has had a long and troubled history of trying to find a place for radioactive, spent nuclear waste from the nation’s reactors. Congress’ solution, the Yucca Mountain repository, encountered a wall of opposition from Nevada residents and politicians.

Brinton is leading the department’s new effort to develop consent-based, interim storage sites. And transporting the waste to those sites will be a political and logistical challenge.

“It’s not a garbage problem. It’s a grand environmental challenge.”

Beyond the work, Brinton — who uses they/them pronouns — is one of the first openly genderfluid individuals in federal government leadership. Conservative activists and publications have scoffed at their appointment and overlooked their credentials. Brinton received death threats before even starting the job in June, according to a LinkedIn post.

A whistleblower complaint in February alleged that “undue political influence and preferences were applied” at DOE to hire Brinton, according to the publication RadWaste Monitor. The complaint said Brinton had little government experience for a such a senior role.

Brinton’s resume includes working at the country’s first nuclear waste management and disposal startup company, as well as leading one of the first major national consensus reports on the topic of consent-based siting at the Bipartisan Policy Center. They also have experience fighting for LGBTQ youth as a former vice president at the Trevor Project.

“There’s been a lot of people who are quite upset that don’t think that I am quite as qualified as others,” said Brinton. “I respond with multiple graduate degrees from MIT, a decade of working in nuclear policy and the strongest enthusiasm for working in nuclear waste out of anybody.”

Brinton says that enthusiasm could be a game changer in a sector not often associated with optimism or hope.

“It’s not a garbage problem. It’s a grand environmental challenge,” said Brinton. “The area needs the enthusiasm similar to the fight against climate change where it’s a challenge that is solvable, not an insurmountable fate.”

Brinton’s most immediate responsibility is how to implement consent-based, interim storage waste facilities, or places that would hold nuclear waste in willing communities on a time scale of decades until a permanent repository is built.

The approach stems from an Obama-era commission that studied the nuclear waste impasse. The idea was to avoid problems surrounding the Yucca Mountain effort, where Nevadans felt that the federal government was trying to force them to accept the country’s heaps of radioactive waste.

In response, DOE issued a request for information soliciting feedback on how the site selection process should potentially play out. Public comment poured in.

“Social equity and environmental justice should be a top priority for ‘consent-based siting’ of all federal nuclear facilities, if they ever become legal,” read a comment from the group Beyond Nuclear.

“It is Orwellian to float the offer of jobs, infrastructure development, and potential funding to BIPOC (Black, Indigenous, People of Color) communities, low-income communities, and such communities already disproportionately impacted by hazardous facilities,” the comment said.

A summary of responses released by DOE last month showed people expressed distrust of the federal government and they doubted whether communities would or could consent to a nuclear waste site. Respondents also felt vulnerable communities would end up bearing the costs.

Brinton says being candid about people’s distrust of the government could help the agency start rebuilding trust. Real listening is especially important for the communities that have historically been wronged by DOE, Brinton said.

“It wouldn’t serve anyone for us to say everybody loved us and everything was great,” said Brinton. “That’s not reality.”

Brinton did firmly disagree with commenters who doubted the necessity of the interim storage sites.

Currently, nuclear plants store their waste on-site or nearby in temporary storage facilities. Brinton called it first unfair to power plants and the communities around them that did not consent to storing waste for indefinite periods of time and a huge cost to taxpayers as the federal government has paid reactor owners about $9 billion for storage.

“[Interim facilities] will help reduce taxpayer liability and will provide actual jobs and economic opportunities to those who do host,” said Brinton.

Still, part of what may make Brinton’s job so difficult is a lack of a clear direction of how nuclear waste will be addressed in the long term.

The Nuclear Waste Policy Act still calls Yucca Mountain the only permanent solution to hold the nation’s nuclear waste, even if plans for the site are effectively dead (Energywire, Sep. 21).

Resistance from states and local communities to hosting interim nuclear waste sites is already building across the country.

“The state of New Mexico will not become a dumping ground for the nation’s spent nuclear fuel due to Congress’ failure to identify a permanent disposal solution for commercial nuclear waste,” said Lujan Grisham.

It’s fair to wonder if any community would ever consent to a nuclear waste site without a permanent option. Brinton says they’re not worried.

The new consent-based approach has created a variety of options — like deep underground repositories or the potential for a companion advanced reactor to a facility — that communities can discuss with DOE. For the first time ever, communities can choose what’s best for them when contemplating hosting nuclear waste sites, Brinton said.

“All these are options that we have never brought to a community because we have only brought them a ‘Your site looks good,'” said Brinton. “I do believe there will be a variety of volunteers, call it youthful optimism or call it an understanding that consent-based siting is not only the right thing to do, it has the best chance of success.”

It’s going to take even more buy-in from just the communities who may agree to hosting an interim site. Brinton must deal with transporting waste from dozens of nuclear plants to those facilities.

That means DOE will have to develop rail cars specifically designed to transport waste and conduct training with communities along railways on how to handle emergencies or radiological releases.

“These types of trainings are going to be critical for the Department of Energy to continue to do to be ready when we need to move waste,” they said.

Brinton says showing that DOE can execute the transport and storage of nuclear waste will give policymakers and communities confidence to finally make a decision on a more permanent solution for nuclear waste.

“I believe that we’re going to see the first centralized interim storage facility within a decade to 15 years, and I’m going to get to be there for that opening,” said Brinton. “It will be the first step of many to solve this problem.”