Meet the future of the environmental movement 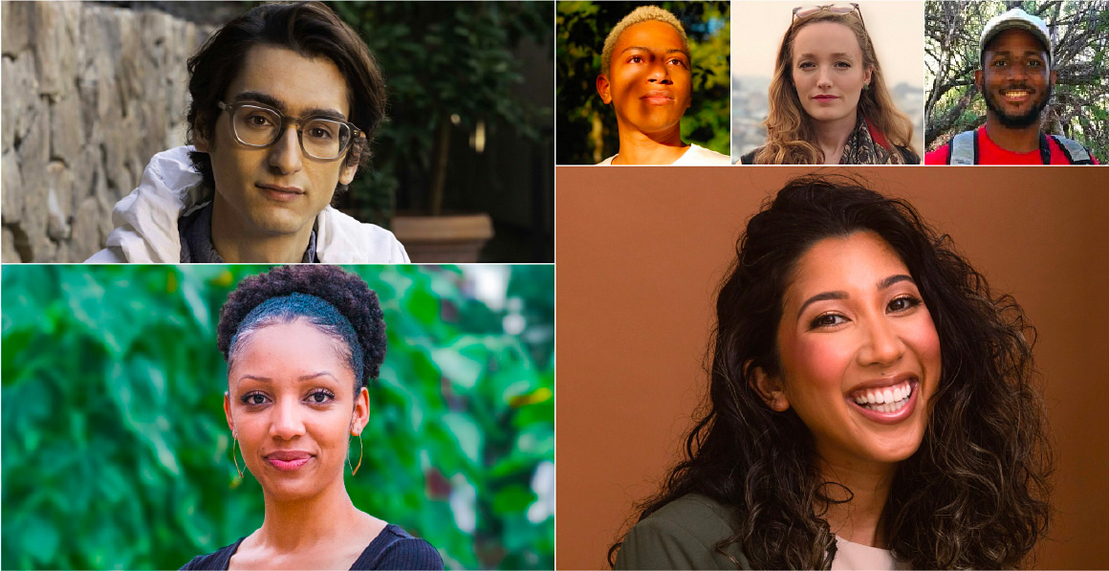 Meet the next generation of climate and environmental visionaries.

A new crop of leaders aims to make climate change a top issue among politicians, change how activists communicate their message, make the movement more inclusive and ensure that environmental justice is at the center of policy decisions. They’re working inside the corridors of power in Washington, D.C., leading Atlanta residents on bird walks, helping to elect climate champions and nudging Hollywood to shrink its carbon footprint.

Here are six environmental advocates under 30 to keep an eye on in 2023:

Kristy Drutman, founder of Brown Girl Green and co-founder of the Green Jobs Board

Background: Drutman got involved in environmental advocacy as an undergraduate at the University of California, Berkeley, when she noticed “a lot of gaps when it came to storytelling, media and coverage and education” surrounding environmental issues, she said in an interview. During her last semester, she launched Brown Girl Green, which started off as a podcast and turned into a multimedia series with content including videos and blogs. She co-founded the Green Jobs Board to recruit people into climate jobs.

Year ahead: Drutman wants to make the Green Jobs Board the “premier job platform on the internet to recruit people into green jobs” and to help “improve diversity, equity and inclusion of the hiring process when it comes to climate and environmentally oriented companies and organizations,” she said.

Background: Foster is the youngest member of President Biden’s White House Environmental Justice Advisory Council. “Climate is such a pressing issue for my generation,” Foster told PBS in 2021. “We’re growing into a world that we were told when we were younger is in the process of dying.” Foster organized climate strikes at the White House and co-founded the advocacy group Waic Up.

Year ahead: Expect Foster to remain an influential voice on environmental justice and climate activism in 2023. “March 3rd is the Next Global Climate Strike — See you back in the streets!!” Foster tweeted earlier this month.

Background: James got into environmental activism working as a docent at the Cobbs Creek Community Environmental Education Center in West Philadelphia. “My first start as an environmental educator was connecting people to the benefits of nature and allowing for space for people to experience it in their own authentic ways,” he said.

Year ahead: James is excited to work on policies this year that expand communities’ access to outdoor recreation and connect transit systems to trails. As transit agencies reevaluate their routes, “maybe this is a really good time to consider how to connect people to the benefits of nature,” James said. He’s also hoping to show people outside of the nation’s capital that “the wins that happen in D.C. happen because of what’s happening in the communities.”

Background: Newsome is really into birds. She enthusiastically tweeted a video Thursday of her encounter with a blue-and-gold macaw in the wild. “I’ve always been interested in wildlife and wildlife science,” she said in an interview soon after her macaw sighting. In 2020, Newsome helped organize Black Birders Week.

Year ahead: The Atlanta-based environmental advocate is working with a team at the National Wildlife Federation that’s looking for ways to “create environments that promote innovative thinking and problem solving,” in a way that’s “rooted in environmental justice and ensuring that people who are most exposed to the impacts of climate change are the priority when it comes to how we problem-solve,” Newsome said.

Samuel Rubin, impact and strategy director and co-founder of the Hollywood Climate Summit

Background: Rubin, a Barcelona native, was a child actor before realizing film production was his passion. He turned to filmmaking and became interested in mass migration. He grew frustrated that the prospect of mass climate migration was treated as a footnote, he said in an interview.

Year ahead: He’s working with a United Nations group that’s attempting to draft an accord aimed at limiting emissions from the entertainment sector, Rubin said. He’s also preparing for the Hollywood Climate Summit in June, where advocates will convene to discuss how to drive climate action through storytelling.

Background: The Houston native recalls evacuating from hurricanes growing up in a city that’s on the “front lines of climate impacts” and also the “energy capital of America.” She went on to launch Climate Cabinet, a group that promotes climate advocates running for office.

Year ahead: In 2022, Climate Cabinet supported 60 candidates across the country running for “races that have high climate impact but are under the radar,” Spears said, with 85 percent of the candidates the group supported winning their races. “For ‘23 and ‘24, we want to expand that program, supporting 500 candidates,” she added, for races including seats on city councils, state legislatures and county councils.