Meet the N.C. ‘star’ Biden could tap to lead EPA 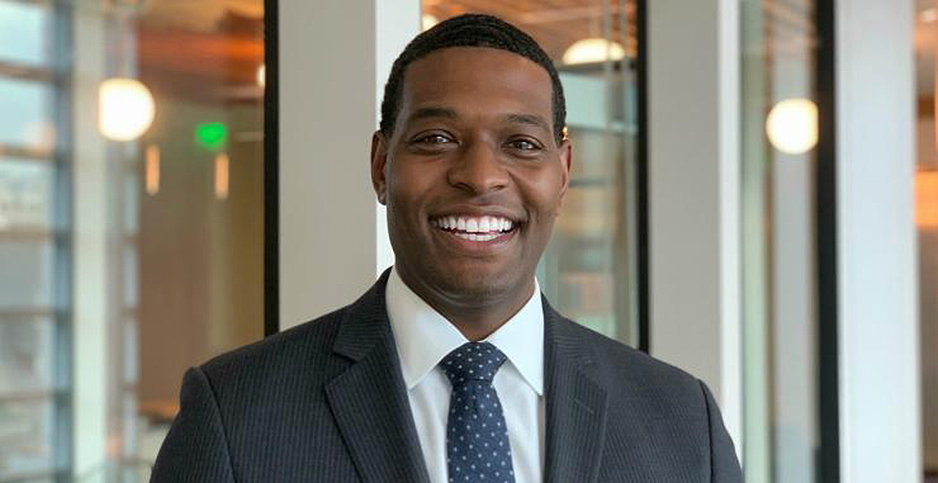 The top environmental regulator in North Carolina has been thrust into the national spotlight.

Michael Regan, who has been secretary of the North Carolina Department of Environmental Quality since 2017, is under consideration for EPA administrator by President-elect Joe Biden’s team.

Just 44 years old, the North Carolina native has years of experience in environmental policy and has impressed several in government and green circles from his home state.

Bill Ross, who led the North Carolina Department of Environment and Natural Resources from 2001 to 2009, told E&E News that Regan "would do a terrific job as EPA administrator" and is "a star" in Gov. Roy Cooper’s (D) Cabinet.

"I think he has done a good job of leading a department that was low on morale and had its budget cut and turned it around," said Ross, now counsel at law firm Brooks Pierce. "I admire his work ethic and on how he reaches out to different communities and audiences who are affected by the work of DEQ in North Carolina."

Ross was briefly interim head of DEQ before Regan took charge. He has stayed in touch with Regan since then.

He remembers Regan giving a speech as DEQ secretary to introduce Cooper, discussing the interview process for leading the department and joking how young he was.

"It showed me what charisma and savvy he has on the public stage but also in one-on-one interactions," Ross said. "Watching that interaction made me realize what a great job he was going to do."

Others have noticed Regan’s accomplishments in his current role.

"I know the DEQ he inherited was broken and fractured. He did an amazing job of rebuilding the agency and has been a champion of North Carolina," Amy Adams, who left DEQ in 2013 in protest and has respected his work there, told E&E News. Adams is now a senior program manager at environmental group Appalachian Voices.

Mary Nichols, the outgoing chair of the California Air Resources Board, was considered to be the front-runner for EPA administrator. But opposition from environmental justice groups and pressure for a more diverse Cabinet in the Biden administration has resulted in consideration of new contenders for the post.

If Biden picks Regan for administrator, he would be the first Black man to lead EPA.

In North Carolina, Regan helped win a massive settlement with Duke Energy Corp. to clean up coal ash storage sites around the state. That deal could cost the Charlotte-based utility $5.6 billion and gained Regan notice from green groups.

"It was a marked change from the previous administration to the Regan administration on coal ash. It feels like it did a 180. His administration became more responsive. It became a gentler agency to work with," Adams said. "I believe that change wouldn’t have happened without his leadership."

DEQ under his leadership also won an agreement with Chemours Co. to stop pollution by GenX chemicals of drinking water sources in North Carolina.

"I admire the work he has done with the department on coal ash and GenX," Ross said.

Futher, Regan helped develop North Carolina’s climate change and clean energy plan, the first of its kind in the Southeast, which would make the state carbon neutral by 2050.

"Climate change is the biggest challenge of our generation," Regan said when he presented the plan in 2019 (Energywire, Sept. 30, 2019).

In addition, he created DEQ’s Environmental Justice and Equity Board in 2018. That body is meant to help the department ensure all North Carolinians are treated fairly and equally, regardless of race, religion or income.

Jim Johnson, a University of North Carolina professor who chairs the board, said Regan is "the kind of young talent we need in leadership in this current period."

"His main quality for me is being a courageous listener," Johnson told E&E News, adding that this is an age of "confirmation bias" where people read and listen only to what they want.

"That is not a Michael Regan. He reads and listens from a diverse perspective," Johnson said.

Regan has not always sided with environmental groups.

He signed off on a water quality certification for the Atlantic Coast pipeline, which was opposed by Appalachian Voices and other green organizations. The pipeline has since been abandoned.

"Has he been perfect? No. We wish he was more outspoken against the Atlantic Coast pipeline," Adams said. "It was a pipeline that wasn’t needed. It was going through very rural, low-income communities. You could almost draw on a map how they went around urban communities and went through Title I, free school lunch communities."

Before coming to DEQ, Regan spent more than eight years at the Environmental Defense Fund, including as its Southeast regional director.

He also served at EPA for nearly 10 years during the Clinton and George W. Bush administrations. At the agency, he held several positions dealing with air policy.

Regan was a career employee in Washington and served as Jeff Holmstead’s special assistant when Holmstead led EPA’s air office during the Bush administration.

"He was a very impressive guy, both intellectually and personally. It was clear he had a bright future," Holmstead told E&E News, adding that Regan was "a pleasure to work with."

That office oversees the vast majority of the agency’s programs dealing with air pollution, including setting standards for national air quality like on ozone and particulate matter.

"OAQPS has a huge, huge portfolio that continues to this day," Holmstead said.

Regan has a bachelor’s degree in earth and environmental science from North Carolina Agricultural and Technical State University and a master’s degree in public administration from George Washington University, according to his LinkedIn profile.

He lives in Raleigh with his family.

If chosen for EPA, Regan will be missed in the Tar Heel State. Adams doesn’t want Regan to leave North Carolina, believing he is just starting to come into his own as the head of DEQ.