Meet the new GOP chair of the House Science Committee 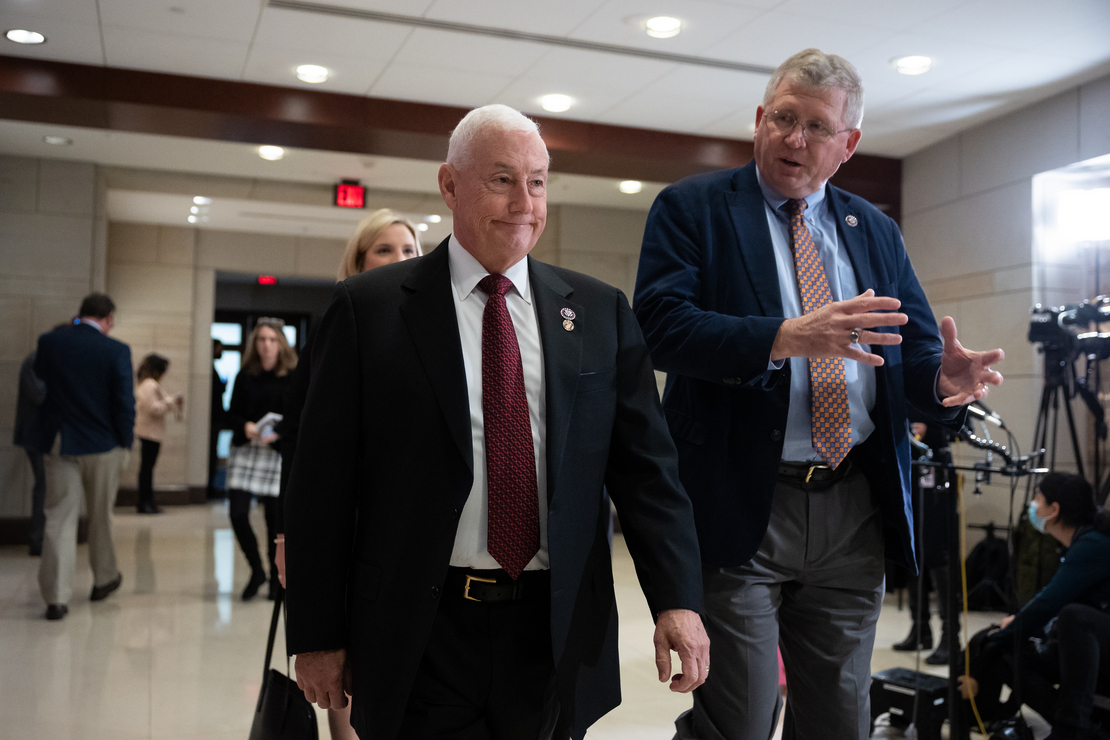 That alone is a notable departure from much of today’s Republican Party, as well as the last GOP lawmaker to hold the position, observers say.

But what Rep. Frank Lucas (R-Okla.) does with that knowledge is another question. Though Lucas has spoken about the threat posed by more intense droughts and heat waves, he also has resisted calls to cut the use of fossil fuels, by far the biggest contributor to global warming.

How Lucas squares those stances will go a long way toward determining what — if any — climate legislation emerges from the Republican-controlled House over the next two years, and if Lucas represents a change in tack from former Rep. Lamar Smith (R-Texas), who led the Science Committee from 2013 to 2019.

“His views on climate are certainly far more moderate than those of many of his Republican colleagues, and in that sense, he is a welcome change from science denier Lamar Smith,” said climate scientist Michael Mann, who tangled with Smith at a 2017 hearing (Climatewire, March 29, 2017).

“At least he accepts the science, whether or not he supports policies that truly meet the moment,” Mann added.

Lucas, who was first elected to Congress in 1994, was uncontested in his bid to chair the House Committee on Science, Space and Technology, which has oversight over a number of climate-related agencies, including EPA, NASA and the departments of Energy and Commerce.

At a Science Committee hearing in March, Lucas recognized the threat that climate change poses to the economy of his state.

“As any one of my neighbors in rural Oklahoma could tell you, droughts are getting longer, heat waves are getting hotter, and the task of anticipating and managing risks from the environment has gotten more challenging,” he said. “Extreme weather events can take lives and destroy property if we don’t prepare for them.”

While under Democratic control, the Science Committee held dozens of climate-related hearings over the last four years. At those hearings, Lucas acknowledged the reality of climate threats — even as he criticized how much Democrats have focused on the issue.

Still, the House Science Committee emerged as a rare place where Democrats and Republicans have found some agreement on climate issues. That’s a change from when Smith ran the committee, observers say.

For years, Smith routinely worked to poke holes in well-established climate science, and he elevated fringe voices at contentious hearings where scientists often faced hostile lines of questioning (Climatewire, May 17, 2018).

Where Smith questioned basic climate science, Lucas has recognized that warming is a serious problem. But even then, Lucas largely has focused on adaptation over mitigation — and he has not pushed for policies that would reduce U.S. reliance on fossil fuels.

Lucas has supported the build-out of clean energy as well as nuclear power, but he also has pushed for the production of more domestic natural gas and other fossil fuels. Lucas has been a frequent critic of the Biden administration’s climate policies and voted against them.

“Punitive measures that make fossil fuel production too expensive or simply prohibited give Russia a corner on the market for natural gas,” he said during his opening remarks at an April 2022 hearing. “Cutting back on our domestic production might pay lip service to climate change goals, but in reality, it does more harm than good.”

In 2021, Lucas laid out his philosophy on climate policy in an opinion piece for Morning Consult.

“Our goal should be to reduce emissions through government-industry research and development partnerships, industry-led solutions and to invest in the advancement of technologies such as carbon capture, biofuels and energy-efficient systems,” he wrote.

House Science Committee spokesperson Heather Vaughan said Monday that Lucas is a “believer that you can get more done with a carrot than a stick,” and that he is concerned about moving too fast toward the clean energy transition.

“Under Lucas’ leadership, our goal is to facilitate a smoother clean energy transition — that means helping fossil fuels become cleaner and more efficient now, investing in battery storage and other technologies to make existing renewables more reliable, and supporting advanced clean energy development in things like nuclear and geothermal,” Vaughan said in a statement.

Lucas has a history of looking for areas where he can work with Democrats, said Karly Matthews, communications director at the American Conservation Coalition, a climate advocacy group for young conservatives.

She said her group hopes that Lucas and Democrats can explore more options to support the nuclear industry, especially the funding of fusion energy research. She said another area where Lucas and Democrats could find common ground is with natural climate solutions, such as blue carbon storage on coastlines, which includes bolstering kelp, seaweed and mangroves.

“Chairman Lucas is a really good leader on this committee because he is willing to work across the aisle; he’s a really rational voice on climate and energy issues,” she said. “We’re definitely very optimistic with him at the helm that there will be bipartisan cooperation.”

The ranking Democrat on the committee is Rep. Zoe Lofgren (Calif.), who has a 25-year tenure on the committee. In a statement, Lofgren said she is prepared to work with Lucas and her other Republican colleagues.

“I look forward to working in a bipartisan manner with Chair Frank Lucas on measures that boost climate research and build up our country’s ability to face future climate challenges, including by doubling down on fusion energy initiatives, passing a comprehensive National Oceanic and Atmospheric Administration (NOAA) reauthorization, and advancing R&D efforts for sustainable agriculture,” Lofgren said in a statement.