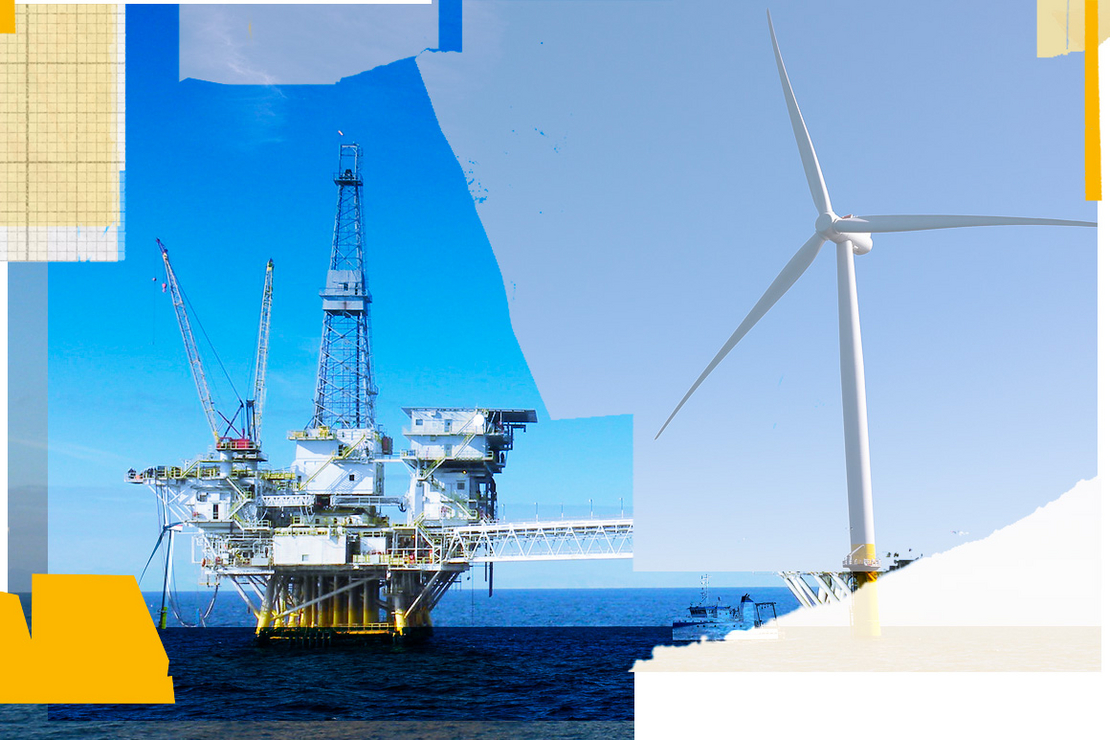 A climate activist, mineral economist and former Army Corps regional director are among the officials crafting President Joe Biden’s closely watched strategy for offshore energy, which could shape the direction of renewables and oil drilling for years.

Working in and around the Interior Department’s Bureau of Ocean Energy Management, they are helping steer the Biden administration’s approach to offshore oil and gas leasing and its ambitious plans to transition the nation’s oceans toward clean energy at a pivotal moment for both.

Previously focused on managing the oil industry’s access to federal stores of crude and natural gas off the nation’s coasts, BOEM is in the throes of an internal transition to meet this political moment. Its current crew of leaders reflects a unique period in the 11-year-old agency’s history and the varied nature of its growing responsibilities.

Interior and the bureau recently released a draft five-year oil program that could lead to 11 offshore oil auctions in the coming years, potentially jettisoning Biden’s lofty campaign promise to end new leasing. But the Biden administration’s proposal also suggested the possibility of going in a different direction, holding zero new lease sales between 2023 and 2028 in what would be an epic shift for the offshore oil sector.

That uncertainty has drawn BOEM into a political tempest, where a fight is being waged over the president’s handling of high energy prices. The options laid out — and the fact that BOEM didn’t indicate which one the administration preferred — left both sides profoundly dissatisfied.

Marty Durbin, president of the U.S. Chamber of Commerce’s Global Energy Institute, called the proposed five-year program a “punch in the gut” for oil and gas companies.

Environmentalists, though, warned that any new leases would disregard Biden’s climate commitments, as well as go against an International Energy Agency road map to net-zero emissions by 2050 that suggests no new oil and gas fields be opened.

At the same time, the bureau is rapidly churning through more than a dozen offshore wind projects queuing up for approval to meet the White House’s target of 30 gigawatts of offshore wind by 2030. It’s already permitted the nation’s first two offshore wind farms, with another 15 lined up for consideration stretching from Rhode Island to North Carolina.

“We’ve just never seen anything like it,” said Kris Ohleth, director of the University of Delaware’s Special Initiative on Offshore Wind. “[They’re] recognizing the important urgency of the climate crisis and how offshore wind is so intricately linked to that, to the economy, to the environment.”

Lefton is an advocate for expanding offshore wind rapidly to meet climate targets and has increased staffing for her renewable office to meet that end. She’s also committed to toughening rules on oil and gas drillers to ensure the mammoth cost of plugging offshore wells and decommissioning pipelines is covered before operations begin, in case companies prove unable to pay the bill when leases are retired (Greenwire, June 29).

On future oil and gas development, she’s echoed the administration’s line over the past year — saying hydrocarbons will continue to be a part of the offshore energy picture for years to come, but that climate change also demands a transition away from fossil fuels.

Described as a “hands-on” director by those who know her, Lefton isn’t working alone. Among the people she’s leaning on to get the job done are a renewables-focused White House liaison, a former BOEM director during the Obama administration and longtime bureaucrats.

For watchers of the offshore energy space, here are a handful of people to watch as the Biden administration pushes forward with its plans.

If Interior’s agencies have a personality, BOEM is the quiet one, not unlike its long-running career leader, Walter Cruickshank, the deputy director.

“There’s all of BOEM’s history right there, wrapped up,” Ohleth said of Cruickshank. “All of the knowledge, all the gravity.”

A 30-year veteran of the Interior Department, the mineral economist is steeped in oil and gas experience. He is known for being mild-mannered and accessible to the industries working on the outer continental shelf. He’s also a ballast to the sometimes-fractious politics that overshadow energy issues and is the longest-serving director of BOEM, albeit in an acting capacity.

“He keeps everything close, even internally within the department, he’s very careful,” said Gregory Gould, a former director of the Office of Natural Resources Revenue, an agency that was previously combined with BOEM and the Bureau of Safety and Environmental Enforcement as the Minerals Management Service.

Cruickshank has been with BOEM since its beginning in 2011, when the Obama administration created the agency and the two others out of the dissolution of MMS. The agency had faced several high-profile scandals, ending with the Deepwater Horizon disaster of 2010 when 11 workers died in an well blowout.

The new bureau took over the leasing responsibility of offshore energy, while other agencies were crafted to handle the money coming from oil royalties and fees and the day-to-day safety and environmental oversight of offshore drilling.

Experienced hands like Cruickshank will likely be invaluable to the Biden appointees in carrying out the offshore wind directives of the White House, said Fred Zalcman, former government affairs director for the offshore wind company Ørsted A/S and now director of the New York Offshore Wind Alliance.

He is one of the “consummate professionals” who have guided the gradual growth of offshore wind at BOEM, Zalcman said.

Cruickshank has also weathered large political changes at BOEM, he said, nodding to the uncertainty that overshadowed the final years of the Trump White House. During that period, the Trump administration slowed down offshore wind permitting, with then-Interior Secretary David Bernhardt in 2019 personally getting involved, email exchanges at the time showed (Climatewire, March 22, 2021).

BOEM is now in a very different gear, reviewing projects at a rapid clip.

But Gould said career staffers like Cruickshank are experienced at balancing shifting political leadership with the rules and regulations of the agency.

“They try and find that sweet spot in the middle,” he said. “The process itself still kind of leans toward that middle area, where we can get this done. We can get it done, right, and we’re not going to make mistakes doing it.”

While Cruickshank represents a long-standing fixture at the helm of BOEM, its renewables shop is at the beginning of a shift in leadership.

Last month, BOEM announced that James Bennett, its long-standing chief of the office of renewable programs, has moved to a new, ambiguous role within the renewables arena at BOEM that has led to some speculation in the offshore wind industry that the Interior bureaucrat who built BOEM’s renewables approach may soon leave the agency.

In Bennett’s place is a relatively unknown person to the offshore wind community, Karen Baker, a former regional program director at the Army Corps of Engineers in the North Atlantic. But Baker does have footing in the widening offshore wind arena. While in her Army Corps role last year, Baker announced a partnership between BOEM and Army Corps to collaborate and streamline reviews of proposed offshore wind projects.

“As a longtime student of sustainability, I’ve always sought solutions that solved multiple problems,” Baker said in a statement after her position was announced. “Renewable energy is a powerful tool in our nation’s portfolio that does just that — it reduces our carbon emissions, decreases our reliance on foreign sources of energy, and has the potential to create new jobs for our economy.”

Other relative newcomers to the bureau with critical roles include Marissa Knodel, an adviser in a political liaison position that’s long existed at BOEM and operates out of the public eye. She is one of the BOEM cohorts working directly with the White House to align bureau actions with Biden’s political realities.

Knodel was one of Biden’s more daring Interior picks, with a strong environmental activist background. She’s argued that fossil fuels are best left in the ground (Energywire, Jan. 26, 2021).

Ohleth said Knodel had proved to be a “dynamic leader and interesting choice.”

“I think [she] drives home that strong sense of urgency around climate justice that the administration has. So I think she’s just an excellent fit with her passion for this work,” Ohleth said.

Another less visible figure critical in BOEM’s direction is Tommy Beaudreau, the Interior deputy secretary who is second in command at the department under Interior Secretary Deb Haaland.

That knowledge of the oil and gas sector is partly why Beaudreau rose to his position in the Biden administration with the backing of a key Republican: Alaska Sen. Lisa Murkowski, who’d fought against another perceived progressive appointee.

Plucked from the private sector after the Deepwater Horizon incident and the breaking up of the scandal-ridden MMS, Beaudreau during the Obama administration oversaw a difficult time for the newly minted bureau. He took over a demoralized staff that had been raked over the coals for the Deepwater tragedy.

It was during Beaudreau’s tenure that BOEM first got serious about offshore wind and held its first offshore wind auctions in 2013. But it may be his oil and gas bona fides that matter most as the administration navigates its five-year offshore oil plan. He led BOEM in the years leading up to the last five-year plan and was involved in the consideration of shifting from regionwide oil and gas auctions in the Gulf of Mexico to the Gulf-wide sales — a flip often associated with the Trump administration.

Gould said Beaudreau is “well suited” for his role, particularly because of his understanding of the importance of oil and gas.

“He’s in the right job at the right time,” he said.

Of course, a wide variety of people within the Biden administration are playing important roles in determining the future of offshore energy, both at the Interior Department and within the White House.

The New York Times reported that even members of Biden’s inner circle, like chief of staff Ron Klain and top adviser Steve Ricchetti, were engaged in the discussion of BOEM’s five-year oil plan in the final days before its public release earlier this month.

David Hayes, special assistant to the president on climate policy. Hayes served at Interior under both the Clinton and Obama administrations — and he helped lead the response to the Deepwater Horizon disaster. During the Trump years, he was executive director at the State Energy & Environmental Impact Center at New York University’s School of Law.

Sara Gonzalez-Rothi, senior director for water at the Council on Environmental Quality. Former senior counsel on the Senate Commerce, Science and Transportation Committee, Gonzalez-Rothi has worked at National Wildlife Federation and with the Mississippi River Delta Restoration Coalition.

Steve Feldgus, Interior’s deputy assistant secretary for land and minerals management. Feldgus served as a staffer to the House Natural Resources Committee, including a period as staff director for the Subcommittee on Energy and Mineral Resources.