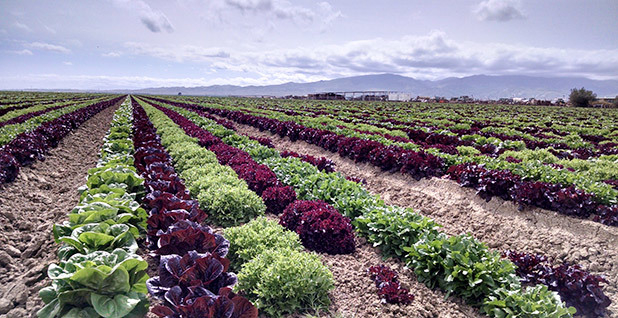 Tom Birmingham’s name is synonymous with the Westlands Water District, the pugnacious California water agency that serves as a self-appointed bulwark against environmental overreach.

As general manager of Westlands, Birmingham has been in charge of the district’s efforts to provide water to its 700 farms for the past 15 years. His methods of doing so have made Westlands a key player in some of the state’s bitterest water battles.

In late June, Westlands’ board announced a demotion of sorts for Birmingham, who serves as both general manager and general counsel. The district’s board decided to split up the two jobs, citing the difficulty of "securing water supply, groundwater management and other challenges."

External criticism of Westlands has also been growing louder. A water blogger who goes by the name On the Public Record and is a self-described "low-level civil servant who reads reports" wrote about Westlands’ tactics earlier in June amid reports that the district gave a former deputy general manager, Jason Peltier, a $1.4 million home loan on generous terms.

Birmingham may be the most polarizing person in the California water community, but with round-framed glasses and an owlish bent, he doesn’t look the part.

"My tenure has been at a time when there are some very fundamental questions that need to be resolved about farming in the San Joaquin Valley, and that’s really what it comes down to, is do we want to sustain agriculture — irrigated agriculture in the San Joaquin Valley?" he asked. "Those are issues that have arisen predominantly over the course of the last 20 years, and I’ve been the general manager for 15."

As director of the state Department of Water Resources, Brody marshaled the political and economic clout to build the State Water Project, the largest state-financed water system ever built. He became Westlands’ general manager upon voter approval of the SWP in 1960 and served until 1977.

Birmingham hails from Yreka (pronounced why-REE-ka), a tiny town about 20 miles south of the California-Oregon border. That informs his conviction that "everything is perspective." He challenges many of the conventional wisdom around California water, including the assumption that Southern California is out to steal Northern California’s ample supplies.

"Frequently when I talk about water around the state of California, I start by observing that I’m from Northern California, and from my perspective, Southern California starts at the Shasta County line," he said. "I do that to put these issues into perspective. Sometimes there’s a perception it’s a north-versus-south issue. It really is not."

In college, he said, "I became very adept at drawing a map of California, because people would say, ‘Where are you from?’ and I would say, ‘I’m from Northern California,’" he said. "They said, ‘Oh, you must be close to Sacramento.’ I was going to school in Los Angeles, and I said, ‘Well, no, closer than you are.’ And the reason I tell that story is because from the perspective of people in Los Angeles, everything north of the Tehachapis [Mountains] is Northern California."

That is just one example of the subjectivity of reality that Birmingham touts. From varying perspectives, Westlands’ 700 farms, with an average size of 875 acres, are either family-owned or corporate — Birmingham prefers the term "vertically integrated." Their planting of permanent crops is a logical reaction to the rising cost of water and the continued demand for nuts. And from Birmingham’s perspective, his efforts to shape legislation are meant to help the endangered delta smelt, one of the species that receives water formerly meant for farmers as a result of the Central Valley Project Improvement Act of 1992.

"I personally am as interested in trying to protect fish as anybody in the state of California," he said. "It’s a question of trying to effectively or efficiently protect those fish and do it in a way that creates some balance."

Some in Congress resent his influence. "He comes before the committee all the time, and people take everything he says as gospel," said Rep. Jared Huffman (D-Calif.). Huffman is among several Democrats calling for the House Natural Resources Committee to investigate a controversial proposed settlement that would solidify Westlands’ water contract in perpetuity in exchange for the district taking responsibility for cleaning up its persistent irrigation runoff problem (E&E Daily, April 15).

Birmingham, a lawyer by training, doesn’t hesitate to jerk the conversation to a side track to interrogate the slightest innuendo or unexamined assertion, such as the perception that Westlands has benefited primarily from its relationship with Republican lawmakers, rather than Democrats, or that its support is limited to the Central Valley region.

"I read an editorial in The Sacramento Bee in opposition to the House bill that was being considered last year, and the comment was the Northern California members of Congress are all opposed to this. Well, I don’t know anybody who’s more northern than Mr. [Doug] LaMalfa [R], and he was actively supporting it," Birmingham said, referring to the lawmaker whose district is adjacent to Huffman’s.

Feinstein, who said she has known Birmingham since he became general manager, doesn’t always agree with him but appreciates his expertise.

"Tom Birmingham certainly knows a lot about California water policy," she said. "Tom comes at the issue with experience in both the public and private sectors, and while I know his top priority now is representing Westlands, I do appreciate the breadth of knowledge he brings to the table. Tom and I don’t always see eye to eye, but I’ve known him for 15 years, and I do appreciate the experience and concern he brings to the debate."

Before taking the job, Birmingham worked for Westlands as a lawyer for the Sacramento firm Kronick Moskovitz Tiedemann & Girard. Birmingham still lives in Sacramento, about 170 miles northwest of Westlands’ Fresno headquarters, but he says he spends more time in Washington, D.C.

"Some of the fondest memories I have of my childhood is fishing on the Klamath River with my father," he said. He still avails himself of the recreational benefits of California’s water system, keeping a sailboat on Folsom Lake, and he often takes his nephew fishing and hunting.

"I don’t know why anyone would want to drive around in a boat that makes noise," he said. "Being on a sailboat is just one of the most relaxing activities that anybody could engage in."