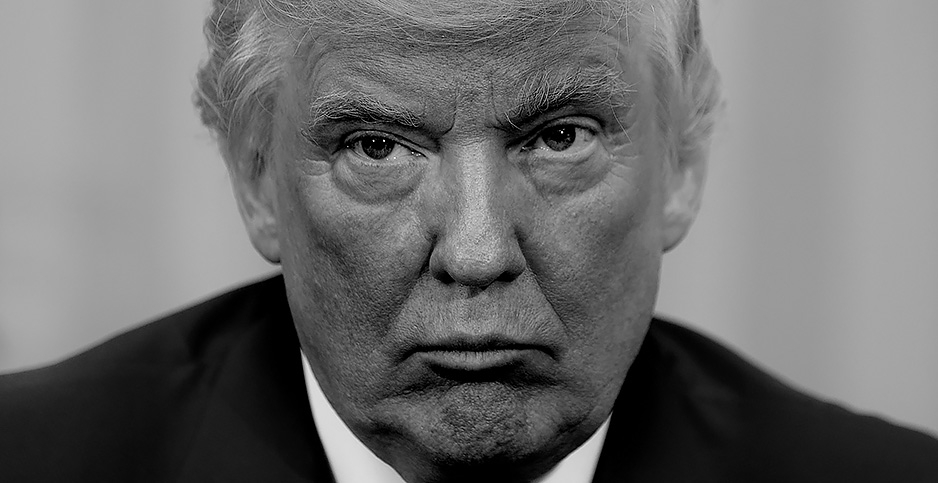 President Trump has done away with a long list of Obama-era environmental rules. Those actions now face challenges by both environmental and conservative interests. Olivier Douliery/ABACA/Newscom

The first groups to signal their intent to go to court over the Trump administration’s new water permitting and fuel economy standards weren’t environmentalists or states led by Democratic attorneys general.

Other right-leaning groups, such as the libertarian Niskanen Center, have aligned with environmental interests in court to fight construction of the Trump administration’s wall along the southern border and other issues — like pipeline building and climate liability — that are not specific to any particular presidency.

"Anytime you have a regulatory change," he said, "it’s very common to see challenges from both sides."

The foundation will build its case from an earlier lawsuit it filed on behalf of its client, the New Mexico Cattle Growers’ Association, over the Trump administration’s repeal of the Obama-era WOTUS rule.

"I actually think EPA did a good and careful job," Francois said, noting that his clients aren’t asking for the Trump rule to be completely abolished.

"You’ll eventually see in the argument the agency in the middle and the petitioners coming at it from entirely opposite viewpoints," said CEI general counsel Sam Kazman.

NHTSA conducted that analysis, which CEI later challenged, but the court ultimately upheld the agency’s decision.

CEI is also among the broad group of interests that have sued over the Trump administration’s Clean Power Plan replacement in the D.C. Circuit.

Another property rights advocacy group is using its legal heft to unite with environmental groups and other interests in challenges to President Trump’s plans to fund a border wall between the United States and Mexico.

On that issue, the Niskanen Center has focused less on one of its bread and butter issues — takings of private property — and more on the president’s authority to spend money for purposes that Congress has not approved.

"No one’s telling you not to make it," Niskanen chief counsel David Bookbinder said of oil and gas supermajors and the products they create. "What we’re saying is if you make it and it hurts us, you have to pay for the damage."

The group is also involved in landowner disputes over natural gas pipelines approved by the Federal Energy Regulatory Commission, although, as with climate liability, Niskanen’s legal work on that issue is not tied to actions by any specific administration.

Experts also expect to see unusual coalitions go to court over EPA’s changes to the legal underpinning for its Mercury and Air Toxics Standards.

While the Trump administration has said it would keep the overlying rule in place, the agency’s revisions to the legal basis for the restrictions open the door for some regulated entities to fight the standards in court (Greenwire, April 22).

It’s unclear what groups or companies would rise to the challenge if coal baron Bob Murray’s Murray Energy Corp., which is in the midst of a Chapter 11 bankruptcy, declines to bring the issue to the D.C. Circuit.

"They’ve lost enough in court to know they have to be careful with these rules," he said.