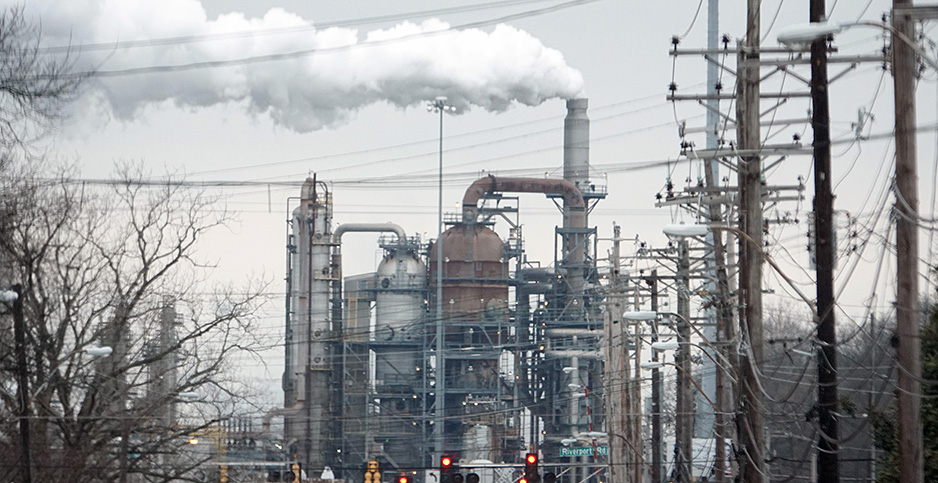 Plains All American Pipeline LP officials made the announcement late Friday, citing market factors for the cancellation. But serious legal and political obstacles loomed over the 50-mile project, which gained national prominence as a battle about environmental justice.

"If anybody is asking whether the movement is alive in Memphis, you have your answer," Justin J. Pearson, one of the leaders of the effort to stop the pipeline, said in an online video posted shortly after the announcement. "Today Southwest Memphis’ movement rings across this country."

Byhalia was the third high-profile pipeline project in the past year to fold in the face of environmental and community opposition, following the Keystone XL project and the Atlantic Coast pipeline. That is likely to reinforce concerns in the oil and gas industry that projects are becoming more difficult to complete even after receiving key permits.

Plains, which had joined with Valero Energy Corp. for the Byhalia venture, said it pulled the plug "primarily due to lower US oil production resulting from the COVID-19 pandemic."

But opponents credited a multifaceted campaign that depicted the project as a threat to the area’s high-quality drinking water aquifer and a burden being layered on a neglected minority community.

Rep. Steve Cohen (D-Tenn.), who represents the area, wrote on Twitter that the cancellation is "a tremendous win for people power & environmental justice."

And they said they will keep pressing for regulations to protect the city’s drinking water and demand that local leaders address the industrial pollution that has long been steered toward the city’s Black neighborhoods.

"This pipeline has also shown the city and this whole country how vulnerable Memphis’ drinking water is and how much southwest Memphis has already endured in terms of environmental injustices," said Amanda Garcia, director of the Tennessee office of the Southern Environmental Law Center (SELC), which led the legal fight.

The pipeline was proposed in 2019, before the COVID-19 pandemic punctured oil demand and before the murder of George Floyd under the knee of a Minneapolis police officer raised the profile of racial disparities in the country.

The companies wanted to connect two existing pipelines and create a new path to the Gulf Coast for North Dakota oil. From there, much of it was likely to be exported.

Most of the 2-foot-wide pipeline’s path skirted the outer edges of Memphis’ suburbs in northern Mississippi, where the population is overwhelmingly white. But 7 miles of the line was to run from the refinery through neighborhoods in southwest Memphis, which is 97% Black (Energywire, June 7).

As recently as last summer, plans for the pipeline were marching forward quietly with little public pushback.

They joined with a local organization called Protect Our Aquifer, the Sierra Club and SELC, which had led the court battle against the Atlantic Coast natural gas project. The groups successfully lobbied Memphis City Council and Shelby County commissioners to put up obstacles to Byhalia and filed lawsuits to block the pipeline’s efforts to take land (Energywire, March 17).

SELC challenged the state and federal permits. The Army Corps of Engineers approved the project in the early days of the Biden administration, but Cohen pressed for a reversal (E&E Daily, Feb. 23).

In early May, Plains sought a truce, agreeing to halt work on the pipeline, put condemnation efforts on hold and consider alternate routes. The city agreed to delay for two months consideration of its chief anti-pipeline effort, a local law tightly regulating pipelines. But company officials told analysts during an earnings call later that month they still expected to have the line up and running by the end of this year.

The truce was set to end this week with the City Council taking up the latest version of the pipeline regulation. But late on Friday, Plains threw in the towel, filing a regulatory notice with the Securities and Exchange Commission that it is "no longer pursuing" the construction project.

Though activists said Byhalia was laid low by political opposition, at least one analyst said the project no longer made sense with U.S. oil production down 1.6 million barrels a day since the pandemic began.

"The Byhalia connector has become obsolete, so this decision is indeed driven by degradation in the outlook for the Arkansas/Mississippi/Louisiana crude system," wrote Artem Abramov, head of shale research at Rystad Energy.

In a statement, Plains spokesman Brad Leone thanked supporters of the project and sought to counter the idea that pipelines are becoming obsolete amid the energy transition needed to limit climate change.

"As part of any shift to lower carbon energy, hydrocarbons will continue to be a critical part of meeting increasing global need for affordable, reliable energy," he said.

Plains officials did not respond to questions about whether the company might try to connect the two pipelines in some other way, such as using a different route that avoids Memphis.

A network of smaller pipelines operated by Valero already connects the same two points, but the companies have said using those lines wouldn’t be practical (Energywire, April 15).

Byhalia would have connected the 440-mile Diamond pipeline, which ends at Valero’s Memphis refinery, with the Capline pipeline, a 631-mile line that runs between central Illinois and St. James, La., on the Gulf Coast.

For decades, Capline carried oil north from the Gulf Coast to refineries in Memphis and the Midwest. Now it’s being reversed to ship domestic crude to the Gulf Coast.

The end of Byhalia could signal problems for Capline. Plains officials have talked in the past of shutting Capline permanently if they can’t make money by shipping oil south. But in the May investor call, company officials said the two projects are separate.

A new connector pipeline could also be routed through Arkansas and Mississippi without cutting into Memphis. But that could require a new crossing of the Mississippi River, creating technical and environmental hurdles.