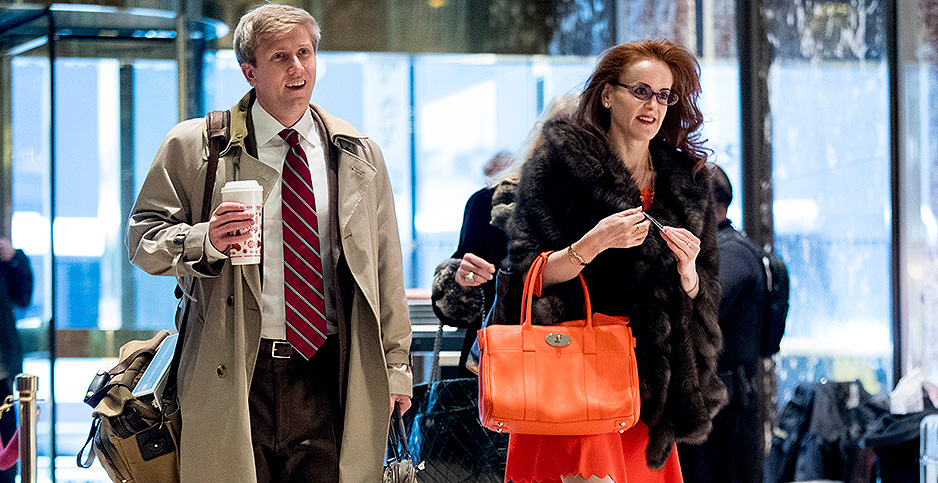 For years, the Mercer Family Foundation has bankrolled efforts to question climate science with millions of dollars in donations to groups such as the Heartland Institute, CO2 Coalition and Cato Institute.

Now the organization appears to be backing off — at least publicly, according to tax records.

The Mercer Family Foundation’s most recent public tax records from 2018, which were first obtained by CNBC, don’t include any donations to those groups, unlike previous years.

What’s more, the foundation donated $250,000 to Berkeley Earth, which has done research that clearly shows humans are driving climate change.

That’s a significant shift from 2017, when the foundation contributed more than $4 million to groups that question mainstream climate science. Now, on paper at least, that support appears to have dropped to about $300,000.

But there could be more to the story.

"Donors Trust was built for exactly this purpose, to be able to hide the trail of breadcrumbs between donors and recipients of those grants," said Kert Davies, director of the Climate Investigations Center. "It’s been called the ‘dark money ATM’ for a reason, it functions as an anonymizing body for these wealthy donors to hide their trail."

Officials at the Mercer Family Foundation did not return a call seeking comment.

While the Heartland Institute didn’t receive any reported donations from the Mercers in 2018, the group received about $3 million from Donors Trust, according to its most recent filings obtained by the Climate Investigations Center.

The family’s past funding of climate denial and conservative causes has earned it considerable criticism.

That includes a 2018 rally in front of the American Museum of Natural History in New York to protest the Mercers’ support and a call to oust Rebekah Mercer from its board. Some held signs that read "Get Rebekah Mercer out of our museum." (The foundation donated $145,000 to the museum in 2018).

In 2017, Robert Mercer stepped down as co-chief executive from his hedge fund, Renaissance Technologies LLC, amid criticism of his political activity, including his ties to Breitbart News Network, the alt-right news outlet.

Richard Muller, the founder of Berkeley Earth, said he met Mercer during a presentation about global warming at Renaissance Technologies.

Muller said Mercer was enthused his team conducted climate research that was free of policy and that the financial support never came with preconditions. Muller was a prominent climate science critic backed by the Charles Koch Foundation who declared in 2012 that he was a "converted skeptic" and that humans were responsible for global warming.

"My sense is that they are really seeking the truth, and he funded us, I believe, because he saw us as an objective group that were not searching to prove any answer, we just think about things objectively," Muller said.

The filings do not list a donation to the CO2 Coalition in 2018. The group’s executive director, Caleb Rossiter, declined to say if any Mercer donations were coming through Donor Trust.

"We appreciate the support of all of our donors, and while we do not comment on any of them individually, our efforts to educate the public with scientific evidence of the benefits of carbon dioxide in our environment are made possible by the many groups and people who support us," Rossiter said in a statement.

The 2018 filings include a $300,000 donation to the Oregon Institute of Science and Medicine. The group is led by Arthur Robinson, who was recommended to Trump as a possible science adviser by Rebekah Mercer, and who has spent decades saying higher levels of CO2 would benefit the planet. Over the years, Robinson has collected thousands of vials of urine and frozen them to "revolutionize the evaluation of personal chemistry."