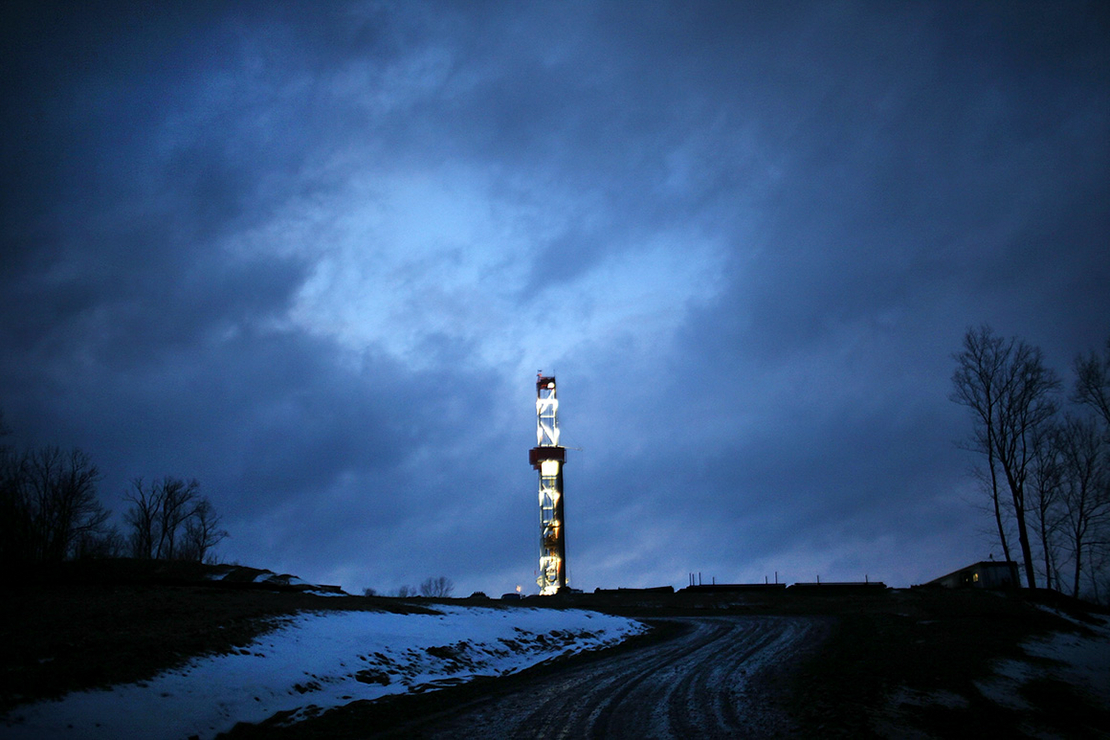 Methane emissions are in the crosshairs of Democratic climate politics like never before, creating the prospects of a collision between the oil and gas industry and simultaneous restrictions from both Congress and EPA.

Democrats in the House and Senate are moving to slap a fee on natural gas vented from wellheads and storage facilities as part of their reconciliation package.

At the same time, EPA is preparing to release an aggressive new suite of Clean Air Act rules within weeks that would boost requirements for the industry to find and fix leaks. Both moves will follow President Biden’s agreement with European Union leaders on Friday to cut human-made methane across the economy by 30 percent this decade.

It’s a cascade of new pressures for a fossil fuel industry that only recently accepted the idea that methane regulation and carbon pricing are potential outcomes of current climate politics.

“On the one hand we have a situation where we’ve been regulated at the federal and state level on methane and are working with the Biden administration on new regulations that would capture new and existing sources,” he said. “And then along comes this fee.”

API, the largest U.S. oil and gas lobbying group, cheered former President Trump’s efforts to dismantle Obama-era methane rules in favor of laxer standards. It took that position even as some of its members from the oil industry called for tougher federal limits on leaked natural gas. Then as President Biden prepared to take office in January, API reversed itself and pledged to help the administration craft rules for new and existing oil and gas infrastructure that would target methane directly.

In March, API released "principles" for the kind of carbon tax it would support as part of a Climate Action Framework. They were derided by environmentalists as “greenwashing.”

Now the industry is not extending its conditional support for carbon pricing to the Democratic proposal for a methane fee — a policy Macchiarola called “duplicative” and “a punitive tax that’s just going to harm natural gas producers and ultimately add to costs throughout the system.”

He sees key differences between the kind of carbon price API envisions and the methane fee Democrats are advancing. In an interview with E&E News, he suggested that CO2 and methane should be treated differently because of the length of time they remain in the Earth’s atmosphere and the fact that oil and gas producers have an incentive to conserve natural gas as a commodity.

“I think really the major difference is that this particular fee does not capture everybody. So if you leave out 70 percent of emissions, it’ s not much of a policy,” Macchiarola said.

The methane fee that cleared the House Energy and Commerce Committee last week would charge petroleum companies $1,500 for every metric ton released into the atmosphere. Methane is 86 times more warming than CO2 over a 20-year period.

API predicts the fee would cost the economy more than $9 billion and as many as 90,000 jobs. And it’s conveying that to lawmakers.

The oil and gas lobbying behemoth and its allies have bought ad space in 140 oil-patch congressional districts to prevent the measure from passing. The blitz could work. The reconciliation package can only become law if the overwhelming majority of House Democrats and all 50 Senate Democrats support it.

If the methane fee and EPA rules all take effect, oil and gas would be the first sector subject to both a federal price and regulations for the same greenhouse gas.

Industry support for pricing greenhouse gas emissions, when it exists, is usually conditioned on preemption of EPA Clean Air Act rules for the same pollutant. The Climate Leadership Council, which counts corporations, environmentalists, and a bipartisan cadre of past and present Cabinet members among its backers, calls for a carbon price and “the streamlining of carbon regulations that are no longer necessary.”

While oil and gas could be the first sector to experience a price-plus-regulation combo for its greenhouse gases, it might not be the last.

Senate Finance Chair Ron Wyden (D-Ore.) said last week that he was working with Sen. Sheldon Whitehouse (D-R.I.) on a carbon price for possible inclusion in the reconciliation package.

Environmentalists say a methane fee would complement EPA’s methane rules, not duplicate them.

The EPA rules for new and existing oil and gas infrastructure would require that equipment and practices — known as the best systems of emissions reduction — are used at every covered facility. That means companies would have to inspect their production, processing, and transmission and storage infrastructure for leaks on a set schedule. They would also have to use equipment like zero-emitting pneumatic controllers to prevent venting and follow other guidelines to prevent their operations from becoming methane hot spots.

Experts noted that the EPA rules are likely to be subject to extensive litigation, so the legislative fee, which is scheduled to take effect in 2023, could be an emissions backstop. And the more effective the regulations are at lowering methane, the less companies will owe in fees.

The fee that appears in the Democrats’ reconciliation package has structural differences compared with an earlier bill sponsored by Whitehouse and Sens. Brian Schatz (D-Hawaii) and Cory Booker (D-N.J.). Instead of creating a new program that would straddle the Treasury Department, EPA and NOAA, the reconciliation bill relies on a methane intensity formula drawn from EPA’s Greenhouse Gas Reporting Program.

That’s a nod to the limitations involved in the Democratic strategy of using the budget reconciliation process to move legislation through the Senate with a simple majority of the vote in the absence of GOP support. Provisions to raise and spend revenue might pass muster under Senate rules, but language introducing a complex new federal program probably wouldn’t.

Revenues from the levy would be used to cover administrative costs and emissions monitoring, improvements to EPA’s greenhouse gas inventory, and assistance to owners and operators in ratcheting down their emissions.

Analysts who have modeled policies like the reconciliation bill methane fee dispute API’s claims that it would be overly expensive for industry and consumers.

A study released earlier this month by the think tank Resources for the Future found that a $1,500 methane fee, like the kind Congress is considering, would carry a marginal cost for producers of 17 cents per metric million British thermal unit produced. Costs to consumers would be even lower, in part because the incentive to collect more gas and transport it to market would place downward pressure on costs.

API has shifted from insisting that Clean Air Act rules cover methane only as a co-benefit to backing direct, federal regulation of the greenhouse gas. But greens are skeptical that the trade group will support the kind of stringent regulatory approach they hope is embodied in the two EPA rules now under review at the White House.

“I think there’s going to be a lot of opportunity … to line up the rhetoric with the reality when these policies start to actually hit the street,” said Goldstein.