Methane rule to eclipse past regulations, including Obama’s 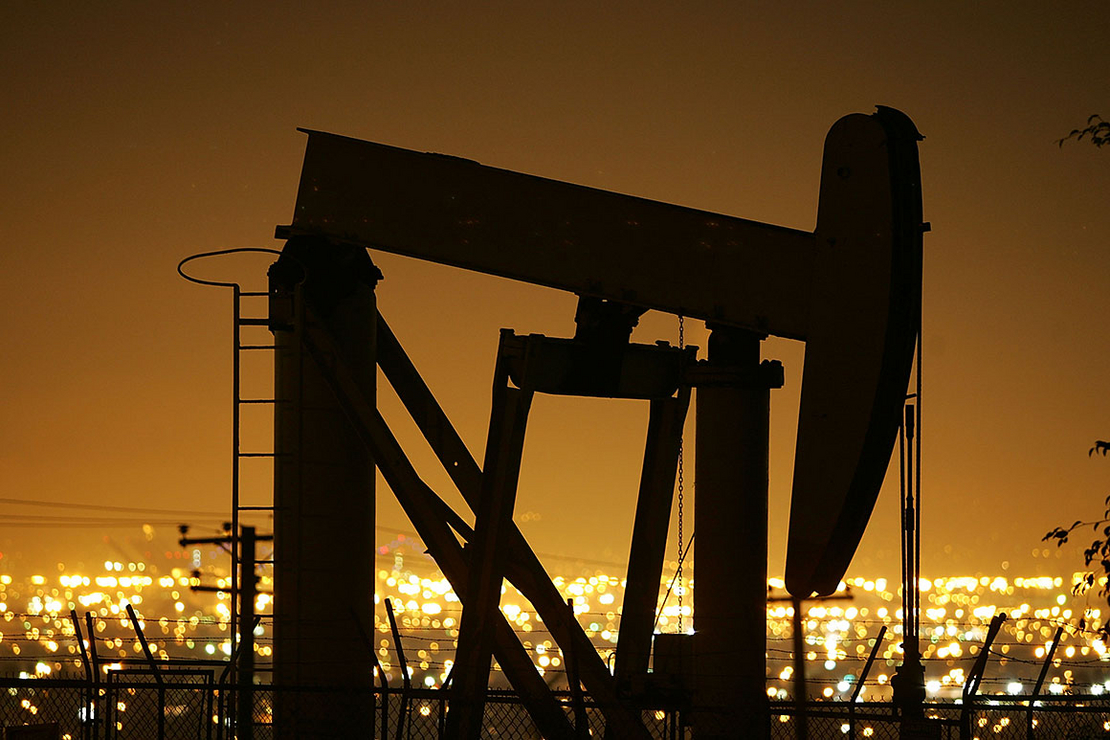 A pump jack in Signal Hill, Calif. The Biden administration is preparing to release the nation's most aggressive methane rule this month. David McNew/Getty Images

EPA plans to propose the nation’s strongest rules against methane emissions this month, escalating the Biden administration’s use of regulatory tools to reduce greenhouse gases from fossil fuel companies.

EPA Administrator Michael Regan confirmed last week that his agency will meet President Biden’s September deadline to propose methane regulations for the oil and gas sector, as laid out in one of the president’s first executive orders.

The upcoming rules for new and existing oil and gas infrastructure are expected to be stricter even than an Obama-era standard set in 2016, which was reinstated in June after Congress took the unusual step of invalidating a Trump EPA rollback and replacement rule.

Environmentalists at the time applauded lawmakers’ use of a Congressional Review Act resolution, which garnered some bipartisan support in both the House and Senate, to cancel former President Trump’s effort to weaken methane requirements. Now they’re pressing EPA to surpass the Obama rule, saying technological advancements over the last five years have made greater reductions cost-effective.

And existing infrastructure has yet to be regulated, even though it releases the overwhelming majority of the sector’s methane.

Regan said during an event last week hosted by Resources for the Future that methane reduction has “never been done as aggressively as we plan to do it.”

Tomas Carbonell, a former lawyer with the Environmental Defense Fund, is overseeing the rulemaking process as deputy assistant administrator for stationary sources in EPA’s air office. As of yesterday, the rule had not been sent to the White House for review.

Methane is an important piece of the global warming puzzle, particularly in the near term.

It’s the second-most plentiful greenhouse gas in the atmosphere after carbon dioxide. And it’s responsible for 30% of current warming, according to an April report from the United Nations’ climate science body.

Because it is 86 times more climate-forcing than CO2 over a 20-year time frame, experts say that cutting methane in the short term will buy the world valuable time to make the structural economic changes needed to avoid the worst climate impacts.

“The Intergovernmental Panel on Climate Change report made this clear: Methane reduction is the biggest and really the only strategy to rein in warming over the next 20 years,” said Sarah Smith, program director for superpollutants at the Clean Air Task Force. “And the next 20 years are critical when it comes to avoiding climate tipping points and feedbacks and irreversible changes to the planet.”

In the U.S., the oil and gas sector contributes an estimated 35% of U.S. methane emissions, making it a prime target for more stringent regulations covering a broader swath of the industry.

The EPA methane proposals will also arm the Biden administration with an important early achievement ahead of U.N. climate talks scheduled for November in Glasgow, Scotland. Biden has pledged to cut U.S. emissions in half from 2005 levels by the end of this decade, but the world is still waiting for details about how those reductions will be achieved.

The methane package will provide a down payment.

“The timing is probably not a coincidence,” said Rosalie Winn, climate and clean air attorney with the Environmental Defense Fund. “With the release of the oil and gas next-generation methane standards, I think the international community will be looking for a strong signal with these rules that the Biden administration is taking steps towards meeting the commitments that it laid out last spring.”

How did we get to this point?

The Obama methane rule covers infrastructure across the oil and gas supply chain — including production, processing, transmission and storage — at facilities built in 2015 and later. Earlier sources are not covered, though the Obama EPA started the process of exploring options for an existing source rule in 2016.

That process came to an abrupt halt when Trump took office in January 2017. His administration spent four years working to scuttle the Obama-era rule in ways it hoped would also erect future barriers to regulating methane from existing sources, which are more plentiful and would carry more compliance costs.

In 2018, EPA proposed a relaxation of its requirement that oil and gas developers inspect new wells for leakage semiannually. Instead, it introduced an annual inspection requirement for most facilities.

Then, in a subsequent 2019 proposal, it argued that the Obama EPA hadn’t laid the legal groundwork for regulating methane from the petroleum sector. That replacement rule targeted volatile organic compounds, or VOCs, instead of methane.

In doing so, EPA narrowed the universe of new oil and gas sources that would be regulated, effectively creating an exemption for transmission and storage facilities because they have less associated VOCs. It was also an attempt by EPA to dismantle the legal basis for regulation of existing sources. Because existing oil and gas infrastructure isn’t a significant contributor of VOCs, the Trump EPA argued that no existing source rule would ever be needed.

The June CRA motion, which reinstated the Obama rule for new oil and gas infrastructure, also upended the Trump EPA’s attempt at heading off a methane rule for older infrastructure. And it gave Biden’s EPA a blank slate to come up with two new rules for both, with two proposals expected this month and final rules as soon as next year.

“The 2016 standards were always intended to be a starting point for addressing methane pollution from the oil and gas sector,” said Winn. “EPA needs to go well beyond that to realize the level of emissions reduction that are necessary in this climate moment and for the Biden administration’s broader climate goals and international commitments.”

Smith from Clean Air Task Force said the U.S. petroleum sector could cut methane 65% by the middle of this decade by introducing new requirements including monthly, rather than semiannual, inspections.

A plan by the Clean Air Task Force also called for the use of zero-emissions pneumatic controllers to regulate pressure during production, making sure that abandoned wells are plugged to prevent leakage, and major reductions in the use of flaring to burn off excess gas at the wellhead.

“Flaring we’ve long known is a wasteful practice that releases CO2 and hazardous air pollution,” said Smith. “But what we’re learning more and more is that it’s also a major methane source.”

That’s because flares can become unlit and release unabated natural gas into the atmosphere. Colorado has already cracked down on routine flaring, as would a proposed rule for New Mexico.

These proposals come as the industry is slowly shifting its position on methane regulation, though it hasn’t been uniform and major trade groups have been slower to evolve than some of their members.

Companies like BP PLC, Royal Dutch Shell PLC and Exxon Mobil Corp. challenged the Trump administration’s moves to dismantle the Obama rules, which they said had created a level playing field for U.S. operators. At the same time, the American Petroleum Institute and the Independent Petroleum Association of America cheered the weaker regulations.

But as Biden prepared to take office this year, API signaled more openness to such regulations — which it said industry should help shape.

In a blog post a week before Biden’s inauguration, API CEO Mike Sommers described federal methane regulation, which it had previously opposed, as “key to public confidence in our industry’s performance as we engage with the new administration.”

Testifying in June at an EPA listening session, API Senior Vice President for Regulation Frank Macchiarola said the trade group was “focused on working with the Biden administration in support of the direct regulation of methane for new and existing sources.”

As EPA puts the finishing touches on its proposals, Democrats in the Senate are mulling the introduction of a methane fee as part of a budget reconciliation package that could apply to many of the same emissions sources across the oil and gas industry.

Brian Prest, a fellow at Resources for the Future, has studied how such a policy would impact leakage rates on the one hand and natural gas prices on the other. He said a high fee might incentivize industry to find reductions that EPA rules might miss.

API has come out against the Democrats’ methane proposal.

In a letter yesterday to the Senate Environment and Public Works Committee, which has jurisdiction over legislation that could be wrapped into the larger reconciliation bill, API and industry allies warned of “adverse environmental and economic impacts” and pointed out that “methane emissions are already being mitigated via appropriate regulatory programs.”