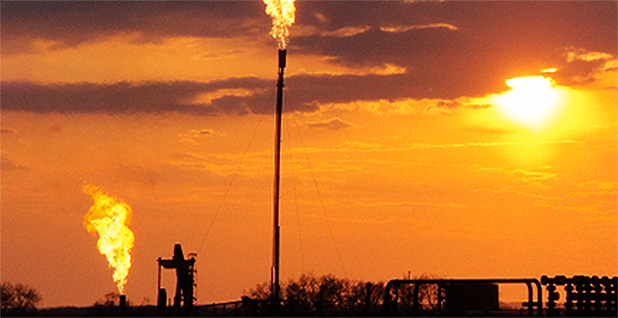 On-again, off-again Obama-era standards for methane emissions on public lands are off, again.

A federal court in Wyoming yesterday halted core parts of the Bureau of Land Management’s methane venting and flaring rule, which had been fully revived by a different court six weeks ago.

A coalition of environmental groups represented by Earthjustice is planning to appeal the decision.

Supporters of the Obama rule are feeling whiplashed after notching a major victory in the U.S. District Court for the Northern District of California in February, when that court revived the regulation in full.

Oil and gas companies, meanwhile, are breathing a sigh of relief. They’ve spent the past month pushing the U.S. District Court for the District of Wyoming — which has been managing industry challenges to the rule since 2016 — to pause the newly revived provisions.

BLM is working on a bigger rollback of the rule, and companies should not be forced to comply in the meantime, they argued.

"It’s a commonsense ruling," said Dan Naatz, who handles government affairs for the Independent Petroleum Association of America. "Not only are our members not able to comply, the agency is not ready to try to tackle all this."

The Trump administration has repeatedly tried but failed to kill the Obama standards, which aim to reduce methane venting, flaring and leakage on public and tribal lands. Methane is a potent greenhouse gas, and escaped quantities cost taxpayers money in the form of lost royalties.

Drillers and several Western states have argued that the rule exceeds BLM’s authority and requires costly upgrades. That burden is even worse now, they argue, because they spent most of last year assuming that the Trump administration’s initial efforts to sideline the rule would succeed.

But Judge Scott Skavdahl, an Obama appointee to the Wyoming court, agreed with industry that it "makes little sense" to force them to comply with the standards when the agency is in the middle of crafting a broader revision of the rule that would roll back the key provisions opposed by industry.

"To force temporary compliance with those provisions makes little sense and provides minimal public benefit, while significant resources may be unnecessarily expended," he wrote.

Environmental groups expect to file their appeal soon at the 10th U.S. Circuit Court of Appeals. The offices of California Attorney General Xavier Becerra and New Mexico Attorney General Hector Balderas, both Democrats who have also defended the Obama standards in court, did not respond by publication time to questions about whether they plan to appeal.

Naatz said he wasn’t surprised about environmentalists’ planned appeal, given the regulation’s long and litigious history: "It’s never over."

‘That is deeply problematic’

Cooley, the Earthjustice lawyer, said the Wyoming court’s decision is flawed because it amounts to an injunction of the methane standards, but the court did not apply the standard legal test for such a move.

"We have standards for issuing injunctions, and they’re there for a reason," she said. "You can’t just set aside a duly promulgated regulation" without applying the standards.

Skavdahl referenced the injunction factors in the opinion but said the Administrative Procedure Act gives courts room to "issue all necessary and appropriate process … to preserve status or rights pending conclusion of the review proceedings."

The court’s decision does not wade into the merits of the methane rule itself; the judge said nothing about whether the Obama standards are lawful.

"That is deeply problematic because the standards at stake are rooted in BLM’s duty to minimize waste, save extensive amounts of natural gas, reduce harmful pollution, and deliver economic benefits to people across the West," he said in a statement.

"I think it’s really important to keep in mind what the Administrative Procedure Act envisions here," she said. "We need to be able to assume these rules are final when an agency finalizes them."

Here, she said, the court is letting industry off the hook because of the Trump administration’s unlawful efforts to delay the rule.

"Those actions were judged illegal, and so industry’s really supposed to be in compliance," she said.