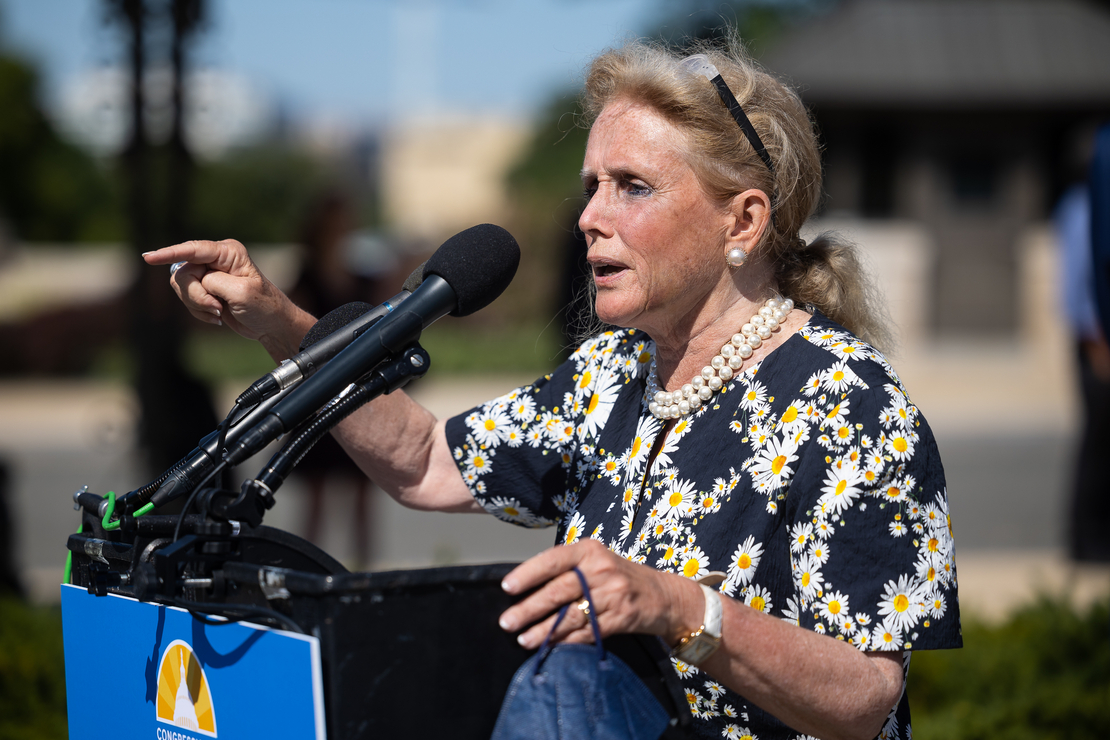 ANN ARBOR, Mich. — The recent spill of toxic chemicals into a popular Michigan river and critical source of drinking water is fueling a push for EPA to intervene — both to secure answers about what happened and to potentially use its enforcement muscle.

“EPA can’t come in unless the state invites them,” Democratic Rep. Debbie Dingell of Michigan said today after touring the city of Ann Arbor’s water treatment plant. “The state doesn’t have a strong ability to investigate criminal liability, but the federal government does.”

Dingell was joined by a number of city and state officials, as well as EPA Region 5 Administrator Debra Shore and Liesl Clark, head of the Michigan Department of Environment, Great Lakes and Energy, or EGLE.

The congresswoman was referring to the state’s ongoing investigation of Tribar Technologies Inc.’s recent spill of toxic hexavalent chromium, a known carcinogen, into a wastewater treatment facility in Wixom on the Huron River, which is a source of drinking water for Ann Arbor.

The state has since issued violations and revealed that an employee at the plant in Wixom, Mich., overrode the company’s wastewater treatment alarms 460 times in the span of about three hours on the night of the spill (Greenwire, Aug. 10).

EPA’s Shore said the agency has authority under Section 308 of the Clean Water Act to send a request to the company to obtain additional information missing from the original response, which Tribar would then provide to EGLE.

“It’s actually kind of an order and they call it a request, and it’s to obtain additional information,” added Shore.

Clark said the state is taking the lead in continuing to investigate the spill and coordinating with a host of entities. Clark added that the state, if necessary, will pull in what Dingell referred to as EPA’s enforcement authority or “hammer” as it pertains to enforcement and prying information from Tribar.

“We’re going to pull in the feds wherever we think … they have more authority than we do,” said Clark.

When asked how the state responds to calls to close Tribar, Clark reiterated the agency is working through the investigation, has issued violations and is using a host of different authorities. “‘I’m not going to speak about that out of turn while that work is ongoing, I’m going to follow where it goes,” said Clark.

When asked if the FBI was investigating the spill, Hugh McDiarmid, a spokesperson for EGLE, said the state agency briefed the FBI early on about the spill but had no update.

Tribar in a statement said an extensive third-party investigation at its facility in Wixom shows that environmental controls and the city’s wastewater treatment plant appear to have captured the discharge before any “material environmental impact” to the river system could occur.

While the discharge was “disappointing,” Tribar said its filtration system performed as designed and captured nearly all of the hexavalent chromium prior to release.

“Only de minimis amounts of chromium were found during testing along a 42-mile stretch of the river systems downstream of the city’s wastewater treatment plant, and no test results have yet exceeded safety limits for any applicable human contact, surface water or aquatic life,” the company said.

Tribar also said that the employee, who was not authorized to be in the facility while it was closed for the weekend, “intentionally overrode our alarms and systems on multiple occasions which caused the release of the hexavalent chromium.” Tribar said its management became aware of the situation on Monday morning, confronted the worker with questions and removed him from the waste treatment department as the investigation began. The employee later voluntarily resigned, according to the company.

The spill spurred water quality and public health concerns in a watershed that’s already suffering from contamination of “forever chemicals” and an existing underground plume of 1,4-dioxane.

Hexavalent chromium is considered an occupational human carcinogen by the National Institute for Occupational Safety and Health. It is best known as the contaminant battled by the activist Erin Brockovich, an effort later dramatized by Hollywood.

Shore today said EPA is beginning to collect information to see if the 1,4-dioxane plume should be proposed to be placed on the national priority list, and that sampling will soon commence. “We have to characterize the site, understand what’s there, degrees of contamination and so on,” she said.

Before the passage of the infrastructure bill, Shore said, there weren’t sufficient resources to add sites to the list, but those additional funds will now support that work and allow more sites to be added.