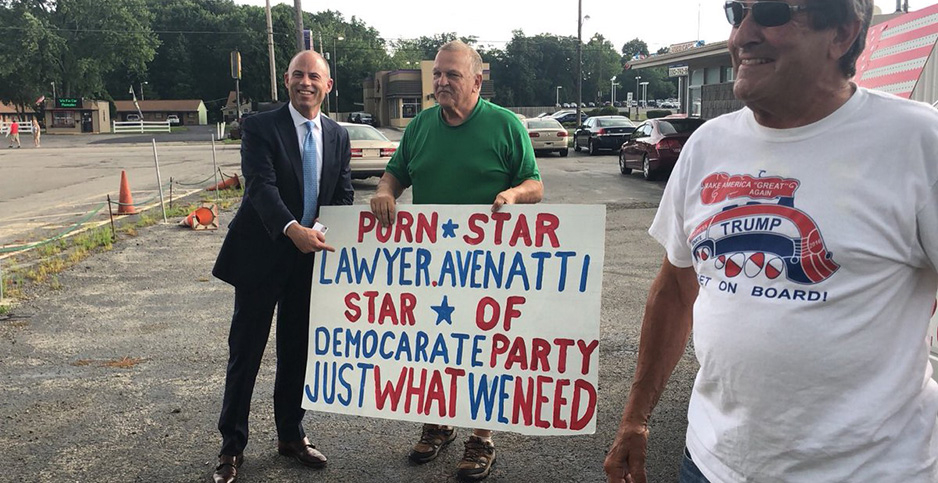 Avenatti, who’s talking up his prospects as a 2020 presidential contender, pinned to his Twitter profile a list of his positions on 20 issues. The first words are climate change.

"Climate change is an urgent threat. I believe America should be a leader in taking bold steps to tackle climate change, including rejoining the Paris Agreement, investing heavily in renewable energy, reducing oil consumption, and setting more ambitious targets for cutting carbon pollution. I believe that America should be the world’s leader in clean energy," he wrote.

The list is alphabetical, so it’s hard to say how much the political newcomer might lean on climate if he runs for the Democratic presidential nomination. He also lists vague support for progressive items like universal Medicare coverage and banning assault rifles.

Avenatti spent the summer casting himself as Trump’s chief antagonist. He leveraged his clients’ lawsuits against the president into frequent cable news appearances, and he has traveled to Iowa to glad-hand local officeholders. Now he has inserted himself into the fall’s biggest fight: the sexual assault allegations against Supreme Court nominee Brett Kavanaugh.

"He’s making a splash. … This is the kind of thing that’s certainly well-received [among Democrats] here in Iowa," said Timothy Hagle, a political science professor at the University of Iowa.

Although Trump has upended the conventional standards for presidential candidates, Hagle pointed out that Avenatti still lacks many of his advantages. He’s not as wealthy, and he hasn’t spent decades in the media spotlight as Trump has.

"If he’s somehow able to somehow turn that celebrity into a more substantive campaign, then maybe he does have a shot. But I just don’t see it right now," he said.

The woman Avenatti represents, Julie Swetnick, accuses Kavanaugh and his friends of slipping alcohol and drugs to girls to make them easier to assault. In a sworn statement, she said Kavanaugh had lined up outside the rooms where intoxicated girls were "gang raped" and that he was present when it happened to her.

Even before the allegations against Kavanaugh became public, Republicans had accused Democrats like Sens. Kamala Harris of California and Cory Booker of New Jersey of using the nomination hearings to audition for the 2020 Democratic presidential nomination.

Swetnick and Avenatti won’t testify at today’s Senate hearing on Kavanaugh’s allegations. But Republicans have already latched on to Avenatti to discredit Swetnick’s account.

Trump on Twitter called Avenatti "a third rate lawyer who is good at making false accusations."

For his part, Avenatti seems to resemble Trump in his willingness to challenge detractors.

"Trump is a moron," Avenatti tweeted last night. "He knows nothing about me or my client. He is trying to divert attention away from Julie as a smokescreen. I challenge him to debate me regarding Kavanaugh and his accusers and our respective backgrounds. He will never agree because he is a coward and weak."