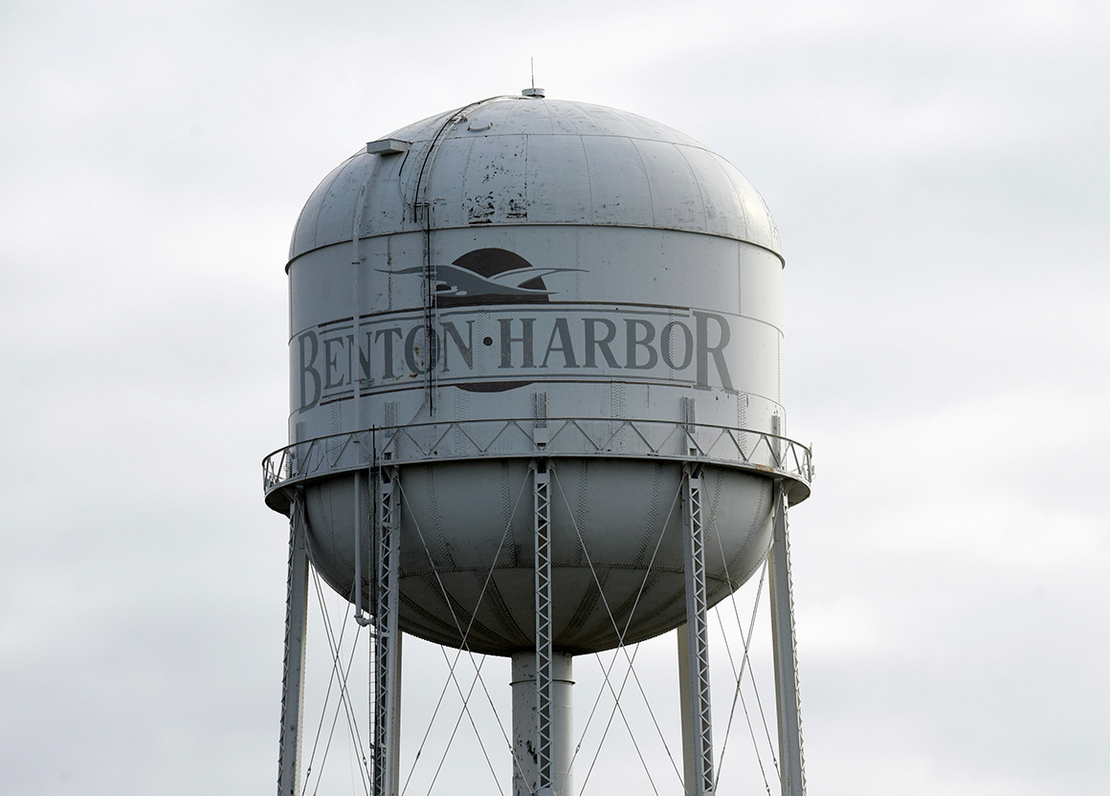 More than a month after residents in the city of Benton Harbor called on EPA to take emergency action to relieve them of contaminated drinking water, the state — not the federal government — is taking the lead and ramping up its response.

EPA’s wait-and-see approach, critics say, appears at odds with President Biden’s repeated calls for urgent action to remove all of the nation’s lead water pipes as part of an infrastructure package making its way through Congress.

Those calling for federal action say they’re heartened by the steps Michigan officials took yesterday to address the crisis. As for EPA, they say the federal agency has yet to approve their petition for emergency action, a position they say falls in line with the agency’s response seven years ago when a lead crisis erupted in Flint, Mich.

“The EPA seems to be going by the same playbook they did in Flint; the same kind of petition was filed during the Flint water crisis,” said Elin Betanzo, a former EPA official who played a central role in uncovering the contamination crises in both Benton Harbor and Flint. “Really, EPA should have the capacity to jump in immediately. That’s why the Safe Drinking Water Act has this provision, to have an emergency petition, because it’s an emergency.”

“Sitting on that and waiting on that, it is disappointing,” Betanzo added.

For its part, EPA has said it’s working closely with state and local officials to support a swift and comprehensive response, and closely monitoring what’s unfolding in Benton Harbor, a predominantly Black and mostly low-income community of 9,700 in Berrien County, 100 miles northeast of Chicago.

Yesterday, Gov. Gretchen Whitmer (D) ordered a “whole-of-government” response to elevated levels of lead in tap water in the southwestern Michigan city and vowed to accelerate the replacement of its lead pipes. The directive, which ordered state agencies to ensure city residents have safe water, arrived after Whitmer’s administration faced criticism for its handling of the crisis, including urging people to use only bottled water for cooking and drinking. The governor also committed to replacing lead service lines within 18 months, accelerating what had been a five-year timeline announced more than a month ago.

Benton Harbor petitioned EPA to take emergency action earlier this year. For three years, measurements have detected lead levels well above 15 parts per billion, the federal threshold for taking action (Greenwire, Sept. 10). Lead is a toxic metal that is harmful to human health, even at low exposure levels, according to EPA. Lead can cause irreversible and lifelong health effects, especially to children, including decreasing IQ, focus and academic achievement.

Following the Flint water crisis, Michigan put in place the nation’s strongest lead-in-water regulations. But advocacy groups, including the Benton Harbor Community Water Council, urged the Biden administration to help — alleging that city and state actions, including corrosion-control measures, had been poorly implemented and ineffective.

EPA spokesperson Taylor Gillespie said that the agency is “actively engaged in the response” in Benton Harbor to protect residents from lead in the water, and that EPA’s involvement has been “instrumental to driving actions to ensure people are safe and healthy.” EPA, she said, is in daily communication with Michigan, and providing support and oversight of the state’s actions.

“EPA is also working with the state to support its provision of bottled water and to ensure that Benton Harbor residents have the information they need about bottled water distribution and access,” she continued. “We also are working with Michigan’s state agencies, the city of Benton Harbor and the drinking water system on long-term solutions and support calls for 100 percent lead service line replacement in Benton Harbor.”

Others applauded the state’s response. “This is what we’ve been waiting for — an ‘all-hands-on-deck’ approach to fix the lead contamination crisis in Benton Harbor,” the Rev. Edward Pinkney, president of the Benton Harbor Community Water Council, said in a written statement.

Betanzo, who founded the consulting firm Safe Water Engineering LLC and helped uncover the extent of lead contamination in both Benton Harbor and Flint, said that she’s heartened by the state’s actions and that she and other advocates had gotten “no response” before filing the petition with EPA. Behind the scenes, Betanzo said, EPA is investigating what’s really happening on the ground in Benton Harbor, which is creating pressure on state officials.

“Since we filed the petition, pressure from EPA and the visibility of this has really been pushing the state to respond, so in that way the petition is making a lot of progress,” she said. “I’m not giving up on EPA, they could still step in.”

While the most immediate priority is to ensure Benton Harbor has the clean water it needs and to get the lead pipelines removed, Betanzo said there’s a question about how the city found itself in the position of having contaminated water for at least three years.

“On the accountability front, EPA does have a role in overseeing the Michigan drinking water program and looking to see if they were really doing their job and complying with requirements,” she said.

“In Benton Harbor, we’re striving to get there in 18 months. … We are committed to getting it done as fast as we can,” said Gilchrist.

Republicans, including James Craig, who is seeking to run against the governor in 2022, criticized Whitmer. They questioned why she did not attend the news conference and accused her of waiting too long to act.

“Whitmer and her administration’s inaction in addressing this issue is yet another failed promise to add to the growing list, and this one comes with catastrophic implications for the residents of Benton Harbor,” said Gustavo Portela, spokesperson for the state GOP.

Whitmer’s directive says residents must continue to have access to free bottled water indefinitely. State officials must provide residents with clear, up-to-date information about the harmful effects of lead exposure, the replacement of service lines and lead data results.

Households with children or pregnant women who are eligible for Medicaid can receive a free investigation and abatement of lead hazards within the home.

Whitmer’s predecessor, Republican Rick Snyder, faces criminal charges over the crisis in Flint, where managers he appointed switched the water source to save money and the city followed state regulators’ bad advice not to apply anti-corrosive treatments.

‘If you mean business, you can get it done’

Lack of funding, research and regulatory muscle are just some of the challenges health advocates and small communities face when racing to remove contaminated lead lines.

That’s put the focus on a sprawling infrastructure bill moving through Congress, which contains tens of billions of dollars to remove lead.

Advocates are calling on Biden to ensure $45 billion is included to remove all of the nation’s lead service lines. House members followed through on that call and included $30 billion for the effort in a reconciliation package, which would add on to $15 billion already included in the infrastructure bill to fulfill Biden’s goal (E&E News PM, Sept. 9).

Betanzo said it’s also a matter of regulatory teeth, and reiterated calls for firm requirements in EPA’s upcoming Lead and Copper Rule for the removal of lead pipelines. Currently, that language is missing from a rule EPA is crafting, the first update to federal drinking water standards in nearly 30 years (Greenwire, Aug. 24).

Betanzo pointed out that when Newark, N.J., was faced with a lead crisis, the city removed more than 20,000 lead service lines in two years.

“We know that if you mean business, you can get it done, and Benton Harbor is much smaller, where the maximum number of lead service lines is 6,000,” she said. “That’s definitely doable in 18 months.”