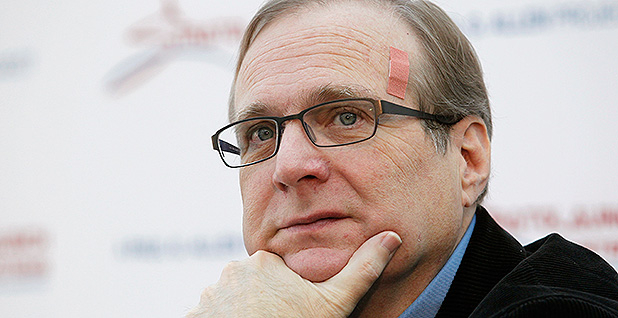 "It’s nontrivial, but it’s not the sort of thing that replaces an agency or anything like that," Trenberth said.

"Paul is very committed to filling important gaps in science that are data-driven issues where philanthropists can make an investment and fill a gap that wouldn’t otherwise be addressed by the National Science Foundation or by NOAA or NASA, for example," he said. "We’re constantly scanning the horizon for those opportunities, and within the climate portfolio, we’re looking at a number of things."

It’s unclear whether federal science cuts will spur a wave of private investment into climate research from industry, philanthropy and universities. Still, experts say donations could never replace even a small fraction of what would be lost under the proposed federal reductions.

"There are things that are, in my view, appropriate for the government to do and that it’s highly unlikely that any business or foundation is going to take over," Lubchenco said. "We’ve seen this play out in very real terms in the satellite world. Because satellites are very expensive, a number of other countries have gone to prioritize them, and what happens typically is that the countries that are flying the satellites sell the data, which means they are not publicly available to citizens; they are not typically affordable by the people who need them."

The effort by Allen’s group began before the election and is not in response to the Trump administration’s rejection of mainstream climate science. Instead, Allen’s effort would be intended to fill in gaps that already exist in climate science and not to replace the work of any federal agency because of any reductions, according to those involved in its conception.

In particular, Allen’s group is considering how to boost climate modeling with a focus on ocean modeling and improved analyses, according to those involved in the talks.