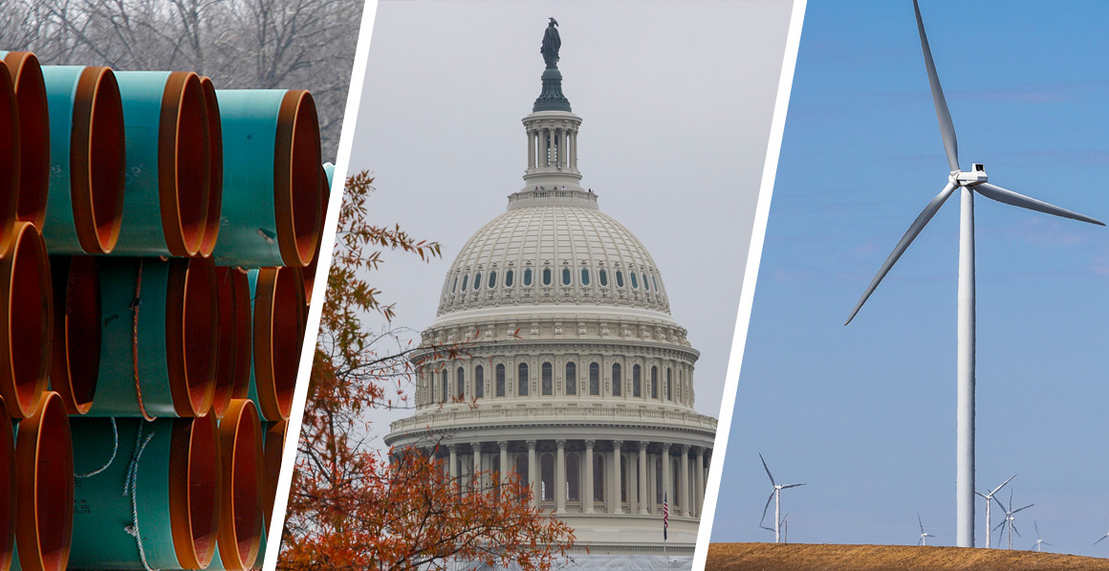 Tuesday’s midterm elections marked the start of a new chapter for President Joe Biden and his clean energy agenda.

But just what that chapter looks like is up in the air.

Hanging in the balance is the implementation of billions of dollars from infrastructure and climate laws at the Department of Energy and other federal agencies. Control of Congress will influence how much money flows to key energy and climate programs and how quickly the White House can spend the historic clean energy investments planned through laws such as this year’s Inflation Reduction Act.

“We’re in new territory here. We’ve never had an environmentally focused spending bill of this magnitude before,” said Barry Rabe, professor of public policy at the University of Michigan.

Republicans — who were projected to take the House in the lead-up to the election — have vowed to ramp up oversight on the hundreds of billions of dollars of loan guarantees in the Inflation Reduction Act and could use budget cuts to restrict the administration’s deployment of clean energy funds (Greenwire, Oct. 11).

That would slow down the administration’s ability to smoothly distribute the billions of clean energy grants and loans authorized in the Inflation Reduction Act, said Dan Reicher, a former assistant secretary at the Department of Energy under President Obama.

“As we saw in 2010 with respect to [the American Recovery and Reinvestment Act], Republicans can do oversight and investigations that call into question certain parts of the program,” Reicher said. Complying with such investigations could take away staff and resources that would otherwise be used to implement the law, he said.

The stakes would grow even higher if Republicans were to take control of the Senate, where they could slow down approval of the Biden administration’s nominees for key Cabinet positions. They also could make it unlikely that Federal Energy Regulatory Commission Chairman Richard Glick has a second term, unless Democrats act on his nomination before January. Republican control of both the House and Senate would also give the party more leverage in budget negotiations, allowing it to cut staffing levels at some agencies or even claw back some funding from the Inflation Reduction Act.

“Certainly given the focus of voters and Republicans on inflation, you’d see them trying to cut back on some of that spending,” said James Coleman, a professor of law at Southern Methodist University. “They have to pass a budget, and that means there will have to be some negotiation. And if you’re looking to cut government spending, that’s a huge amount of money to leave on the table.”

If Democrats manage to hold onto both chambers of Congress, that would clear the way for a more forceful climate agenda and potentially open the door to even further clean energy spending. Sen. Joe Manchin (D-W.Va.) and some other lawmakers had pushed legislation that would make it easier to approve certain energy projects, though the proposal has so far failed to garner sufficient support from House progressives and enough Senate Republicans to break a filibuster.

Republicans had proposed their own more sweeping bill that would cut down environmental reviews for a wide range of fossil fuel and energy projects that could have offered a negotiating position for bipartisan conversations, but that would likely be pared down if the GOP remains in the minority.

In short, said Rabe, “everything becomes dramatically easier for Biden” with Democrats remaining in charge on Capitol Hill.

At the Interior Department, for example, the Biden administration is aggressively trying to help build 30 gigawatts of offshore wind, a key part of the Biden administration’s climate action, while also carrying out decommissioning plans for oil platforms in the Pacific Ocean, renewable energy development on federal lands, inking a five-year plan for offshore oil and gas leasing, and weighing mining reform.

States in the spotlight

Regardless of what happens with Congress, much of the trajectory for U.S. energy rests in the hands of the winners of Tuesday’s gubernatorial elections.

“We’ve seen Congress just pass the biggest climate bill in American history, and now it’s going to be up to states and executive action to keep moving the ball forward toward the goals of the Inflation Reduction Act,” said Jared Leopold, a Democratic strategist who previously worked for the Democratic Governors Association. “Governors will play a critical role especially.”

In some of the largest energy-producing states in the country, Republicans maintained control of governor’s mansions (see related story).

Republican Florida Gov. Ron DeSantis cruised to victory in his reelection campaign against Democrat Charlie Crist. DeSantis is fresh off shepherding Florida through a catastrophic hurricane that devastated parts of the state’s western coast and now faces another tropical storm headed toward the state this week.

The DeSantis campaign has touted the governor’s record in making Florida’s coastal infrastructure more resilient against hurricanes, which are becoming more intense because of climate change. Yet his critics argue that he’s been bending to the agenda of Florida Power & Light Co., the state’s largest electric company and among the top donors to the governor and the GOP-dominated Legislature.

“We made promises to the people of Florida, and we’ve delivered on those promises,” DeSantis said during a victory speech.

Kemp and his economic development team have been pivotal in making Georgia a hub in transportation electrification by recruiting major electric vehicle manufacturers, battery-makers and suppliers. Observers have said that momentum may continue over the next four years, especially as the Legislature is preparing to establish EV infrastructure policies in 2023.

In Texas, the largest oil and gas producer and a major state for wind and solar power, Republican Gov. Greg Abbott beat Democratic challenger Beto O’Rourke. Although Democrats have not won a statewide office in Texas since the 1990s, O’Rourke had attempted to position himself as better equipped than Abbott to fix challenges facing the state’s power grid.

Democrats won tight races in many battleground states, however.

In addition, Shapiro could build on steps taken by outgoing Democratic Gov. Tom Wolf to expand solar development and obtain federal funding for EV charging stations and other infrastructure, even without legislative support, analysts said.

Notably, the outcome of the Pennsylvania race may not be the deciding factor for whether the oil-and-gas-rich state continues participating in a multistate carbon trading program. While Mastriano had pledged to remove Pennsylvania from the Regional Greenhouse Gas Initiative “on day one,” Shapiro hasn’t committed to keeping the state in the program.

“It’ll be one of the first things that [Shapiro] is asked about in his administration: Where exactly is he going to go on this?” said Christopher Borick, a professor of political science at Muhlenberg College.

In New York, Democratic Gov. Kathy Hochul held onto her seat in what emerged as a surprisingly competitive race against Republican Lee Zeldin.

Zeldin had pledged to lift a 2015 ban on the drilling process known as fracking. Hochul, meanwhile, promised to keep it in place while implementing the state’s landmark climate law, enacted in 2019 (Climatewire, Nov. 3).

In Maryland, Democrat Wes Moore beat Dan Cox, the Trump-backed Republican nominee. Both Maryland and Massachusetts enacted sweeping climate bills in recent years under their outgoing, moderate Republican governors. But legislatures controlled by Democrats in each state have sought to take additional steps to more rapidly phase out planet-warming emissions.

“You’re going to have a Democrat-controlled Legislature in Maryland, and now a Democratic governor,” said James Van Nostrand, director of the Center for Energy and Sustainable Development at West Virginia University College of Law. “Maryland is already doing a lot, but they probably [will] do even more, particularly on low-income energy efficiency.”

Whitmer has sought to shut down the aging oil pipeline beneath the Straits of Mackinac over safety concerns, while Dixon advocated for keeping the project in service (E&E Daily, Nov. 2). Whitmer has also taken other executive actions on clean energy, including appointing officials to the Public Service Commission who’ve pushed one of the state’s largest utilities to exit coal (Climatewire, July 14).