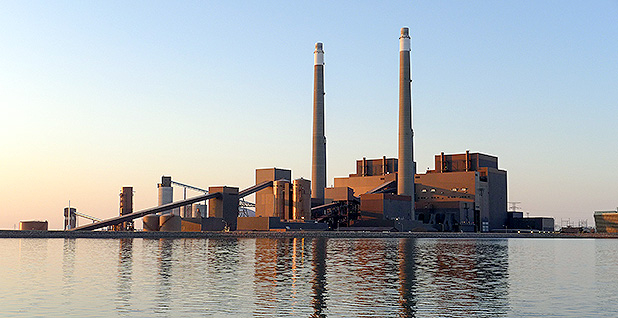 North Dakota’s Coal Creek Station, a workhorse of the Upper Midwest power fleet, will burn its final ton of lignite in a couple of years following a decision announced yesterday that underscores the industry’s struggle to survive.

The plant’s owner, Great River Energy, which generates power for 700,000 people in Minnesota, said it will shut the Coal Creek plant in the second half of 2022, years ahead of schedule. It will replace most of the energy with new wind farms.

The 1,151-megawatt Coal Creek plant, about an hour’s drive north of Bismarck, had been struggling financially for years. But the decision to pull the plug has political, climate and economic consequences that will ripple across the region.

Coal Creek began operating 40 years ago, which is still relatively young by industry standards. The plant sources its coal from an adjacent mine, and it delivers power through a dedicated direct-current transmission line. For years, that setup gave Coal Creek an edge over other coal-fired power plants. There were no train-car loads of coal coming from distant mines, and it didn’t have to worry about congested high-voltage transmission lines.

Union representatives at the Laborers’ International Union of North America Local 563, whose members performed maintenance at Coal Creek and other coal plants in North Dakota, say they’ve been planning for the shift away from coal by training workers for future jobs at gas-fired plants and in wind and solar power.

The potential closure has been the focus of the governor and the state’s coal industry for months. Yesterday, Gov. Doug Burgum (R) said his administration is "more determined than ever to find a path forward for Coal Creek Station that preserves high-paying jobs and keeps North Dakota’s most efficient and updated coal-fired plant on the grid to ensure baseload power capacity for our state and the region."

Finding a buyer, Butler said, would enable the company to maintain jobs at Coal Creek and 480 jobs at the Falkirk mine, which supplies the plant and the co-op’s smaller Spiritwood Station, which is also being converted to run solely on natural gas.

Great River Energy said it couldn’t find a buyer for the plant, which it tried to sell for a "nominal price," according to cooperative spokeswoman Therese Lacanne.

But the Lignite Energy Council is at work with the governor’s office, state officials and the state’s congressional delegation to find a buyer to keep the plant running beyond 2022. "We bring a different bargaining position and negotiating position to the table," said President and CEO Jason Bohrer.

It’s a familiar refrain for the coal industry, which has lobbied the Trump administration and Congress and pressed federal regulators and state legislatures for policy changes.

Finding a buyer will be easier said than done. While Great River Energy didn’t disclose how much money Coal Creek is losing, an analysis by the Rocky Mountain Institute estimates that shutting the plant will save Great River Energy members $60 million a year.

Michael Noble, executive director at Fresh Energy, a St. Paul, Minn., clean energy advocacy group, has been working on sustainable energy in the Upper Midwest for 30 years. Over the past 15 years, he’s watched much of Minnesota’s coal fleet get shuttered and much of what’s left get scheduled for retirement in coming years.

If Coal Creek couldn’t make it based on economics, "what does that mean for all the other coal plants?" he asked.

In the end, the co-op couldn’t make the math work.

"For our portfolio, it’s been a struggle," said Brekke, who said cheap natural gas and wind continue to put increasing pressure on bulk power prices.

Shutting down the co-op’s remaining coal generation and tripling wind energy capacity not only will cut costs for Great River Energy members, but also will significantly alter the co-op’s climate profile.

Brekke said closing Coal Creek will cut the co-op’s carbon risk. But the decision to retire the plant ahead of schedule was based purely on costs of doing business today. "Those costs that we pay today don’t include a carbon price or carbon cost," he said.

In addition to the wind project that will replace Coal Creek, Great River Energy will rely more heavily on natural gas for dispatchable capacity, and the co-op has agreed to install a 1-MW battery developed by Massachusetts-based Form Energy that’s capable of delivering power for 150 continuous hours.

That’s far longer than the duration offered by typical lithium-ion batteries and can help maintain grid reliability during extreme conditions, such as 2019’s polar vortex, during which the Twin Cities were subject to subzero temperatures for 48 consecutive hours, Brekke said.

"A four-hour lithium-ion battery would do very little to serve the grid during that polar vortex, but we think these Form Energy batteries are exactly what’s needed to carry us through an event like that," he said.