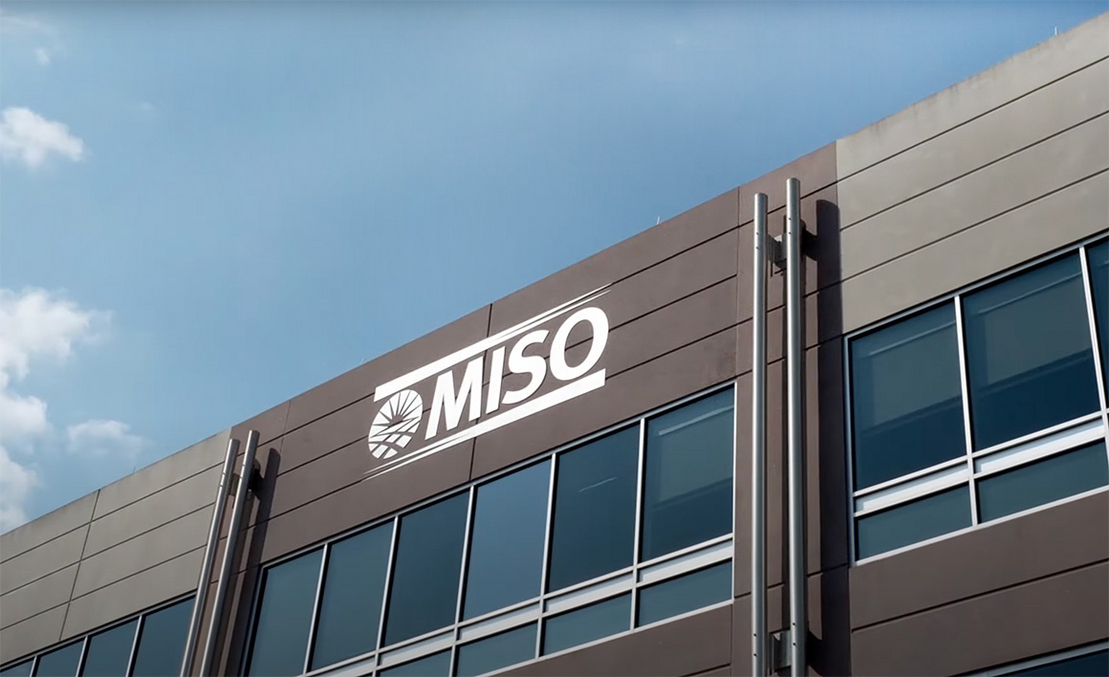 The Midcontinent Independent System Operator is drawing criticism from some clean energy groups for supporting development of new gas-fired generation in the central United States. MISOEnergy/YouTube

Grid operators like to be known as the Switzerland of energy: agnostic to the policies and fuels that keep the lights on and air conditioners humming.

But recent actions by the Midcontinent Independent System Operator have some critics questioning MISO’s neutrality on an increasingly divisive issue: the role of natural gas in a cleaner grid.

In July, MISO sent a letter to the Rural Utilities Service in support of a $600 million gas-fired power plant, an owner of which is seeking federal financing for its share of the project in Superior, Wis. Opponents contend the proposed plant, which has been approved by utility regulators in the states it would serve, isn’t needed and that cleaner options exist.

Weeks later during a public briefing with Missouri regulators about how to meet the need for generating capacity in the state, a MISO executive told regulators, “We’re going to need some type of gas asset in the footprint that we can rely on.”

In both instances, environmental groups and clean energy advocates said, the comments went too far given MISO’s role as the operator of the region’s electricity markets and its longstanding pledge to be indifferent to technology and policy.

“It’s not appropriate for MISO to be putting their thumb on the scales of a certain technology like gas,” Andy Knott, central region director of Sierra Club’s Beyond Coal Campaign, said of MISO’s comments to the Missouri Public Service Commission.

Melissa Seymour, the MISO vice president who made the comment to the Missouri Public Service Commission about gas, said the grid operator isn’t advocating for development of gas-fired generation or abandoning its fuel-agnostic stance.

Seymour said coal-fueled generating capacity in Missouri is projected to shut down at a faster rate than it’s being replaced, leaving a gap. And it’s a gap MISO contends cannot solely be filled with renewables and batteries.

That’s because generators provide more than just energy. They also offer other grid attributes needed for reliability, such as the ability to ramp up quickly and be dispatched on demand as well as provide voltage support.

“Today, the only thing that we’re aware of that would provide those attributes are gas units,” Seymour said.

When she was asked by Missouri regulators how to address the gap in generating capacity, Seymour said she answered them directly rather than trying to “dance around” the question. She also knew it would open MISO to criticism.

“I do feel like we’re getting unfortunately labeled as the fossil fuel RTO,” she said in an interview, referring to MISO’s role as a regional transmission organization.

But MISO isn’t the only grid operator being challenged for its role in helping manage the transition to cleaner energy.

Jeff Dennis, managing director and general counsel at Advanced Energy Economy, a clean energy business group, said other grid operators have made statements about a need for gas generation now and into the future.

Dennis said the role of a regional transmission organization like MISO isn’t to choose which technology is necessary, but to choose by establishing efficient markets.

That, Dennis said, will not only maintain reliability at the lowest cost but help spur advancements in technology.

“Innovation is one of the reasons why these markets were created 25 years ago,” he said.

Julie Fedorchak, chair of the North Dakota Public Service Commission, said she’s been pushing MISO to no avail since 2016 to value the attributes that coal, gas and nuclear power plants provide the grid.

Ultimately, she said, a delay in doing so led to MISO’s Midwest region falling short of meeting its planning reserve margin requirement and issuing a warning about an elevated risk of reliability problems (Energywire, May 19).

“Fast-forward six years, and it hasn’t been taken care of,” Fedorchak said. “And it’s almost a crisis.”

While Fedorchak agreed that MISO’s charge is to be fuel-agnostic, she said the grid operator has been “late to the party” when it comes to establishing markets that reward grid reliability.

Clean energy groups argue that MISO went a step too far when it weighed in on the Nemadji Trail Energy Center, a 525- to 625-megawatt project being developed in Superior, Wis.

The gas plant, which has been approved by regulators in Minnesota and Wisconsin, is being challenged by environmental groups as unnecessary.

For now, the front line of that regulatory battle is the Department of Agriculture’s Rural Utilities Service (RUS).

One of the plant’s owners, Dairyland Power Cooperative, has indicated it will seek financing from the Electric Loan Program at the RUS to cover its share of the project.

Dairyland submitted an environmental assessment to the federal government in 2020 as part of that process and in June completed a supplemental assessment focused on the proposed plant’s climate impact.

It was a month after the supplemental assessment that MISO submitted a letter to the RUS in support of the gas plant.

“Even with the recognized growth of alternative and renewable energy sources, MISO continues to be concerned about the looming shortfall of generation needed to ensure grid reliability in the region,” the grid operator wrote. “Within the MISO region, the retirement of generation plants is occurring far faster than new energy sources with equivalent attributes, whatever the fuel source, can be developed, constructed and brought online.”

Allen Gleckner, an attorney for Fresh Energy, an advocacy group based in St. Paul, Minn., said it’s appropriate for MISO to show concern as the industry confronts technical challenges around the energy transition. But he said it’s “disappointing” that MISO chose to support the project the way it did.

“MISO doesn’t typically weigh in, in this sort of proceeding on a specific plant or specific generator,” he said. “I think this is this was premature and lacked context.

“It’s not that I’m critical that they’re raising those issues and thinking about those issues,” Gleckner said. “Everyone who’s working on this is, and I think that’s part of why it’s disappointing that they weighed in this way. Those issues are being discussed very thoroughly through the MISO stakeholder process.”

MISO will host a workshop this month to help decide what key grid attributes are needed.

Underlying that discussion will be a broader debate over the role of natural gas and fossil fuels, which have traditionally provided those grid attributes, and the extent to which batteries and renewables and demand reduction can do the same job.

Ultimately, across most of MISO, it will be up to the states and utility commission to dictate how utilities meet demand.

While some would rather MISO stick to operating and running efficient markets, others want the grid operator’s perspective.

Among them is Fedorchak, the North Dakota PSC chair.

“State regulators are used to sifting through all these different stakeholders,” she said. “MISO has a role to play just as much as anybody else in this mix, probably more so. So, they should be encouraged to share their expertise and insights so we can make informed decisions.”