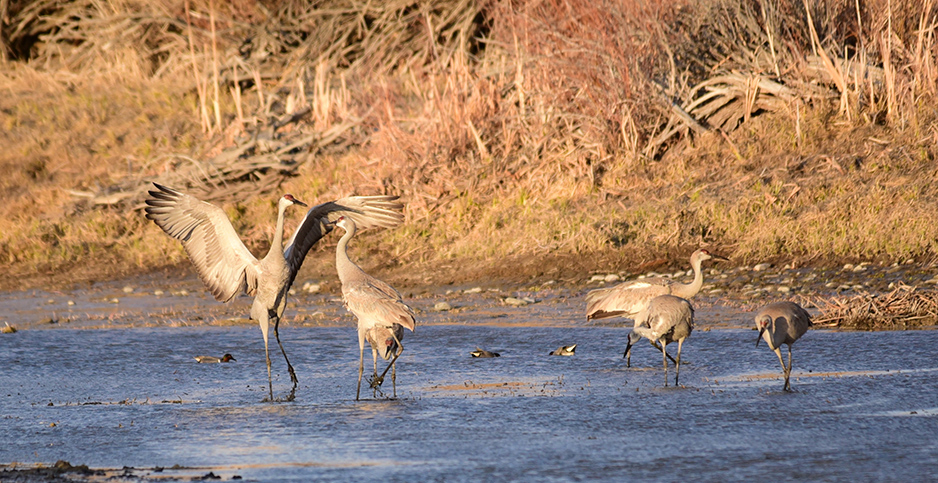 The latest round in the Migratory Bird Treaty Act fight shows every sign of being as one-sided as last time, though it’s heading toward a different result.

One week into a reopened public review period, opposition is running strong against the Trump administration’s effort to restrict the law’s protections for birds. None of the 200-plus new comments received so far appears to side with the Trump team’s narrow take.

"Now is the time to act to save our nation’s birds, and I stand in strong support of the MBTA to help give them a fighting chance," Pittsburgh resident Brian Vitunic wrote in a comment posted today.

This is just the start.

Thousands more comments will almost certainly end up flooding the Fish and Wildlife Service in response to the agency’s delaying until at least March 8 the Trump-era Migratory Bird Treaty Act rule that restricted the law’s coverage to intentional actions and would no longer have covered birds killed through accidents like oil spills (Greenwire, Feb. 8).

"The public has a strong interest in conserving the migratory bird resource and fulfilling shared objectives and obligations with a treaty partner, Canada," FWS stated. "These interests could be harmed by allowing this regulation to take effect on its current effective date."

The Biden administration previously told a federal court that it is "considering whether to suspend or withdraw" a related Trump-era legal opinion that justified cutting bird protections (Greenwire, Jan. 28).

The Justice Department asked the 2nd U.S. Circuit Court of Appeals to put a Trump administration appeal of a trial judge’s ruling "in abeyance."

The extension will "provide additional time for agency officials with decision-making responsibility to review this case [and] the issues it presents," including the disputed Interior Department legal opinion, the Justice Department explained.

In early January, FWS published a final rule that limited the 1918 bird protection law to apply only with intentional killings. An "incidental take," like one caused by power lines, will no longer trigger potential prosecution.

"This rule simply reaffirms the original meaning and intent of the Migratory Bird Treaty Act by making it clear that the U.S. Fish and Wildlife Service will not prosecute landowners, industry and other individuals for accidentally killing a migratory bird," former Interior Secretary David Bernhardt said in a statement about the change.

The Biden administration suspended the rule before it could take effect.

FWS’ environmental impact statement predicted that "negative impacts on migratory birds are expected to increase over time as more entities react to the certainty that incidental take is not prohibited" and that "for some industries … there would likely be cost savings from not implementing beneficial practices."

One practice, for instance, is to delay construction and vegetation clearing during migratory bird nesting season. FWS states that "some operators may choose to avoid such costs if there is no threat of enforcement under the MBTA.

Several commenters suggested a permit system as an alternative, a potentially promising but complex idea briefly mentioned as a possibility in the FWS environmental impact statement.

"This general-permit system could take many forms, but one possibility would be to use a risk-management approach that identifies specific hazards associated with particular activities and establishes best practices as permit conditions to reduce or avoid those hazards," FWS stated.

The agency added that "a general-permit framework could require a nominal application fee and potentially an in-lieu fee to compensate for any remaining take after implementation of avoidance and minimization measures."