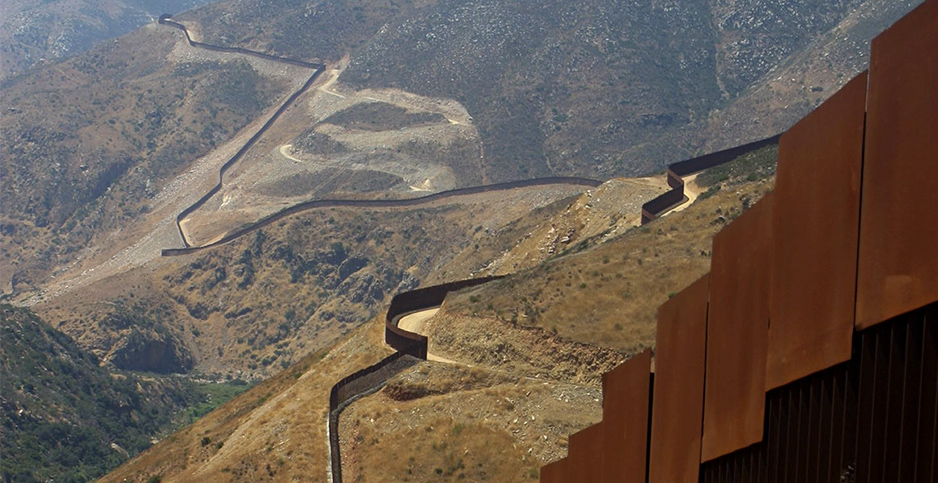 President Trump’s bid to use military construction funds to build a wall on the southern border suffered another setback Friday when an appeals court ruled the plan was illegal.

The 2-1 decision from the 9th U.S. Circuit Court of Appeals marked a win for the Sierra Club, which sued Trump to stop him from using emergency powers to divert $3.6 billion in military funds for the border wall.

"Today’s decision is monumental for border communities, wildlife and lands," said Gloria Smith, managing attorney at the Sierra Club, in a statement. "The 9th Circuit court put a stop to Trump’s unconstitutional wall construction with stolen military funds. We should be protecting communities, our democracy, and the environment, not tearing these things apart as Trump was doing. We rise with border communities to stop this administration from further inflicting its relentless agenda — and will continue fighting illegal wall construction at all levels."

Trump declared a national emergency in February 2019, saying he planned to use military construction funds for his pet project after Congress had denied him funding as part of its appropriations process. Trump said the plan would allow him to build the wall much faster, without having to wait for Congress to act.

The case has a long and complicated history.

The American Civil Liberties Union first filed the lawsuit, Sierra Club v. Trump, on behalf of both the Sierra Club and the Southern Border Communities Coalition, seeking to block the project.

Last year, a judge in California agreed with the plaintiffs, ruling that the Trump administration could not spend more than what Congress had allocated for the project. U.S. District Judge Haywood Gilliam Jr. of the U.S. District Court for the Northern District of California said in his ruling that the government could not use $2.5 billion in funds on the wall that had originally been reserved for military projects.

After the U.S. Court of Appeals for the 9th Circuit declined to stay the ruling, the Trump administration appealed to the Supreme Court. In a 5-4 decision in July, the high court put Gilliam’s order on hold and said the administration could continue using military funds to build the wall while litigation continued.

Plaintiffs hope the latest ruling puts an end to the issue.

"The courts have once again confirmed what everyone knows: Trump’s fake ‘national emergency’ was just another pretext for targeting immigrants and border communities," said Dror Ladin, a senior staff attorney with the ACLU’s National Security Project. "It’s past time for Trump to finally give up on trying to raid the federal budget for his wasteful and illegal project."

The Supreme Court could still have the final say, though justices have not yet indicated whether they’ll take up the merits of the border wall funding dispute.

Last month, green groups and the states of California and New Mexico asked the Supreme Court to ignore the Trump administration’s request to take up the case. Among other things, groups rebutted the solicitor general’s arguments that they did not have standing to file their challenge in the 9th U.S. Circuit Court of Appeals (E&E News PM, Sept. 17).

Trump made the border wall a centerpiece of his 2016 presidential campaign and has been telling voters on the campaign trail again this year that the project is on schedule.

"We’ve made a lot of progress," Trump said at a press conference in August. "You don’t hear about the wall anymore because we won."