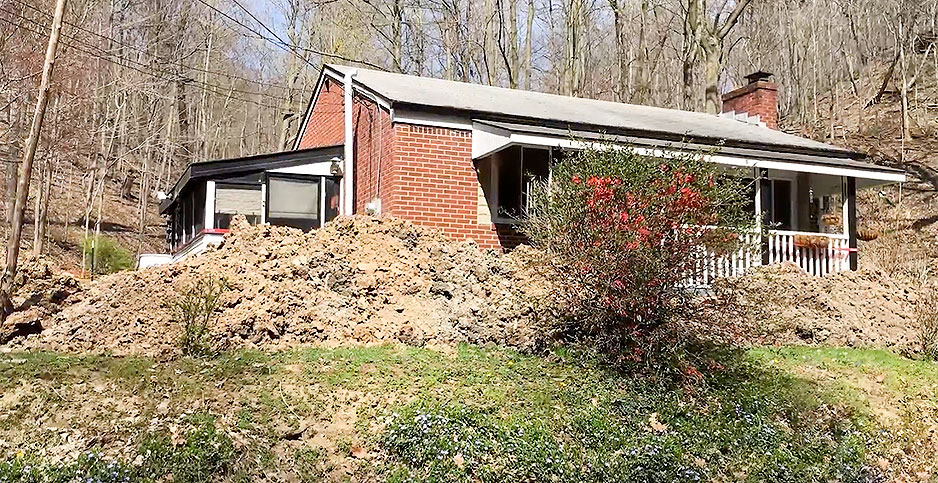 "It’s pretty daunting to look down the road and say, as these things age, they’re going to get worse," Brethauer said. "Where’s that money going to come from?"

As pressure builds to address greenhouse gas emissions from the energy industry, several researchers have delved into the climate change aspects of orphan wells. Pennsylvania’s abandoned wells emit 40,000 to 70,000 metric tons of methane a year, between 5% and 8% of the state’s human-caused methane emissions, according to a 2016 paper in the Proceedings of the National Academy of Sciences.

The bulk of those emissions comes from a relative handful of high-emitting wells, said Mary Kang, a professor at McGill University who was the paper’s lead author.

"It’s a story more positive than negative," she said. "You just have to remediate the top high emitters, and you can have a big impact."

Plugging the wells often comes down to money. For the most part, the states are in charge of preventing pollution from those wells. Most of them don’t have enough funds to clean up the legacy wells left from the oil industry’s first century, and most aren’t ready to clean up the tens of thousands of wells drilled during the first decades of the shale drilling boom. Pennsylvania, for example, only has enough money to plug a dozen or so each year.

The wells are an issue on public lands, as well. The Bureau of Land Management, which manages drilling on federal and Indian land across the West, doesn’t have an effective system to track the number of orphan wells on its territory, according to a 2018 report from the Government Accountability Office.

Unplugged wells are one of the highest-priority issues that state energy regulators are coping with, Ryan Hoffman, director of the Kansas Corporation Commission’s oil and gas conservation division, said at a recent conference of the Interstate Oil and Gas Compact Commission.

Pennsylvania’s Department of Environmental Protection has about $400,000 a year to spend on well plugging, and the state also has a small grant program funded by oil and gas impact fees. At the current rate of 10 to 12 wells a year, it would take 17,500 years to work through the state’s backlog, said Scott Perry, the head of the DEP’s oil and gas division.

In Texas, the state Railroad Commission spent $23.4 million to plug about 1,200 orphan wells in fiscal 2018. But that wasn’t enough to keep up with the number of wells that were abandoned by their operators, so the state’s orphan well population increased from 5,687 to 6,285 during the fiscal year.

Like most oil- and gas-producing states, Pennsylvania’s orphan well problem has a long history. There was little oversight of the drilling industry from its birth in 1859 until the 1950s. And the state didn’t require drillers to post a cleanup bond until the 1980s.

Shortly after shale drilling began in 2012, the state Legislature raised the bond amounts for deep wells like those used for hydraulic fracturing. But the amounts aren’t nearly enough to cover the cost.

The well at Brethauer’s home was essentially grandfathered from bonding requirements because of its age.

With little chance of accessing the DEP’s plugging funds, he opted to work with his local township and apply for a grant from the Commonwealth Financing Authority, which pays for well plugging with a share of the impact fees collected on shale gas wells.

The well seemed like a high priority because it was emitting fumes that could blow into Brethauer’s home, said Dean Bastianini, the township manager in Richland, Pa. Even then, it took two years for the funding to come through.

A year later, Brethauer said he was fortunate in a lot of ways. Also, his township is big enough to have a professional staff that could apply for the grant, and state politicians lined up to support the town’s application.

"It’s a shame there’s just not more public funding available for this kind of thing," he said.

Pennsylvania’s Legislature hasn’t addressed the lack of funding, but the DEP has become more aggressive about overseeing transfers of old oil and gas wells, to prevent those wells from being handed off to companies that can’t afford to plug them.

"A plugging liability in the hundreds of thousands of dollars could get handed off to a guy who doesn’t have two nickels to rub together," Perry said.

Still, the state has challenges. Ohio has a list of about 925 high-priority wells, and most of them are leaking methane or oil, Rick Simmers, director of the DNR’s oil and gas division, said at the IOGCC conference.

The DNR estimates there are about 19,000 orphan wells in Ohio, and the number could be far higher, given the industry’s long history in the state. The DNR has plugged old gas wells that were drilled between home lots in Cleveland during the era of gas lighting, Simmers said.

And while the Legislature increased the state’s spending on well plugging, Ohio’s tax on energy production is among the lowest in the country — 20 cents per barrel of oil and 3 cents per thousand cubic feet of gas (Energywire, June 17, 2015).

The well is about 50 yards away from her home, and it bubbles with oil when there’s rain. The oily sheen washes into the nearby Muskingum River, which flows into the Ohio River.

"I hope I can get this done so I don’t have to leave this to my children," she said.