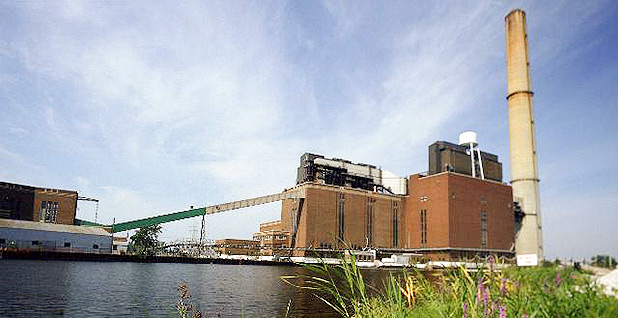 No matter how the Donald Trump presidency plays out, or whether the Clean Power Plan survives, the Midwest power grid will see dozens of older coal-fired power plants shut down in the next few years.

The region’s grid operator, the Midcontinent Independent System Operator (MISO), can keep plants running if they are necessary to keep the lights on. But when it comes to knowing which ones will close, and when, will the public be left in the dark?

Under MISO’s tariff approved by federal regulators in 2012, notices of looming power plant closures and suspensions filed by the plants’ owners remain a secret until the plant stops running. There are exceptions if the plant is needed for reliability or if the owner announces the closure.

Now, MISO is considering changing the rules at the urging of parties who say market conditions have changed in recent years and utilities, regulators and customers would benefit from greater transparency.

"Allowing all stakeholders to have more granular information on what is happening with the system would be a significant improvement to the planning process," a group of environmental and clean energy advocacy groups from throughout the Midwest said in comments to MISO.

MISO is weighing a couple of options. The grid operator is considering making power plant retirement notices public as soon as they are filed or when it completes the reliability study, spokesman Jay Hermacinski said.

On average, the reliability study takes about 2 ½ months, he said.

MISO rules require a power plant owner seeking to retire or suspend operation of a power plant to submit a notice 26 weeks in advance. The grid operator then does an analysis to ensure taking the plant offline won’t jeopardize reliability.

If the plant is needed to keep the lights on, MISO can require the unit to continue operating as a system support resource (SSR). Several such units have operated across MISO in recent years, such as the Presque Isle Power Plant in Michigan’s Upper Peninsula (Energywire, Jan. 14, 2015).

Today, however, there are no SSR units running, Hermacinski said.

Groups urging MISO to change the notification rule want the grid operator to adopt procedures similar to its neighbor, the PJM Interconnection LLC, or New York Independent System Operator, which make notices of planned retirements public as soon as they are filed.

Big industrial power users are urging MISO to change the notification requirement, too.

The Texas Industrial Energy Consumers said there’s no reason why notices shouldn’t be made public when they’re filed at MISO. In fact, doing so would be a benefit to the market.

"Disclosure within 26 weeks of a proposed retirement is unlikely to have any operational or staffing impacts on the unit," the group said in comments filed with MISO. "Plant personnel will be aware of the unit’s use and run-time, as well as its useful life, and disclosing the unit retirement to the public is not likely to significantly influence staffing."

Utilities DTE Electric and WEC Energy Group, the parent of We Energies and Wisconsin Public Service Corp., said in comments to MISO that making notices public information sooner could have benefits. But they said notification should be made only after reliability studies are complete and the decision to retire or suspend a unit can no longer be rescinded.

Only one party that submitted comments to MISO said releasing information sooner was a bad idea: Great Rivers Energy.

The owner of a plant that’s being retired may want to purchase replacement energy and it will be at a disadvantage if potential counterparties know about the looming closure.

But Neil Shah, MISO’s manager of system support resource planning, said during a committee meeting Wednesday that the opposite is true if the notification remains confidential.

"We believe [disclosure] actually helps in having a level playing field," Shah said.

Power plant owners can also request MISO conduct reliability studies on potential plant shutdowns. Those studies are paid for by the unit owner and would remain confidential.

Hermacinski said MISO hasn’t established a firm a timeline for making a filing at the Federal Energy Regulatory Commission to change confidentiality provisions. Discussions will continue early next year.