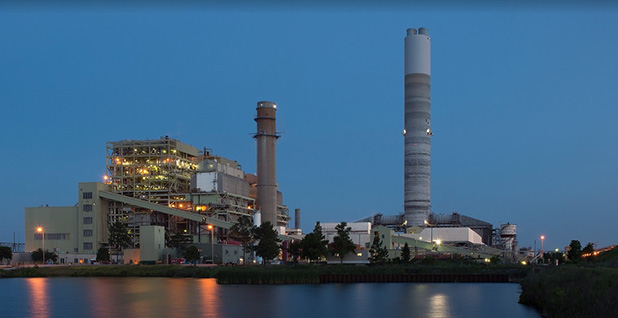 Southern Co.’s Mississippi Power subsidiary will close the last of its coal-fired power plants, as well as aging, inefficient natural gas ones, as part of its first-ever comprehensive long-term energy plan released Friday.

The move followed a directive from the Mississippi Public Service Commission, which told the electric company to cut 950 megawatts of capacity from its system by 2027 after the company’s own study showed it had significant excess power reserves. The utility signaled that it likely would target fossil fuel units (Energywire, Feb. 22).

Shuttering the coal and natural gas units will have a greater significance, however. Southern has a net-zero carbon goal for 2050, and the Biden administration wants to decarbonize the nation’s power sector by 2035 in an effort to combat climate change.

Mississippi Power has converted some of its coal plants to natural gas and attempted years ago to build a power plant that captured CO2 emissions from coal at Plant Ratcliffe in Kemper County, Miss. But this integrated resource plan (IRP) is the biggest step in years for the utility’s generation fleet.

IRPs arguably are the most important part of what an electric company does outside of producing and distributing power. They are the blueprint to how much and what type of megawatts — whether fossil fuel or low carbon — the utility wants to add to the grid over the next 10 to 20 years.

The status of Mississippi Power’s current operations, as well as its projections, reflects a nationwide trend of flat or falling electricity demand combined with increased use of natural gas. The company states in its filing that it projects "little, if any, customer load growth due to energy efficiency gains, operational changes within the commercial class and wholesale contract load projections."

"MPC is not projecting a capacity need until 2031 or later under the various planning scenarios considered," the company stated.

The utility relies heavily on natural gas, with that fuel making up 92% of its generating capacity, compared with 49% a decade ago. The company’s use of coal has dropped sharply to 6% from 51% in the last decade.

Under the plan, Mississippi Power will be closing 975 MW of generation, including a total of three natural gas units.

That includes Plant Watson’s Unit 4, a 268 MW gas steam generator that will be shuttered in December 2023. It also includes the Greene County natural gas steam generator power plant in Alabama that the utility owns with its sister company, Alabama Power Co. Mississippi Power said it will shutter its 40% share of the units, totaling 206 MW, by December 2026.

Plant Daniel, the last of Mississippi Power’s coal generation, will close by December 2027. The 502 MW plant makes up the largest portion of megawatts that Mississippi Power will remove from its system, but a portion of the plant belongs to Gulf Power Co., which Southern sold to energy giant NextEra Energy Inc. in 2019.

NextEra is in the middle of transitioning Gulf Power to a significantly cleaner fleet, which includes shuttering its 50% share of Plant Daniel by 2024 (Energywire, Oct. 24, 2019).

The timeline means one of the power plant’s units will close by that time, and Mississippi Power will retire the other one by 2027.

There has not been a formal IRP process for the regulated electric companies in Mississippi until now. Regulators agreed to do so in 2019 at the urging of Mississippi Public Service Commissioner Brandon Presley (Energywire, June 17, 2019).

Regulators have called for an all-source planning process, something that has become a trend in states outside of the tightly regulated Southeast. Doing so expands the type of fuel resources that can be considered if a utility needs to add capacity, giving a boost to renewables and low-carbon energy in many states.

Clean energy advocates have argued that the all-source process allows renewables, energy efficiency and storage to compete more effectively. The costs of solar, wind and storage have fallen to the point where they are cheaper than some traditional baseload fuels in some cases.

But that does not mean there will be large amounts of solar added to the grid immediately. To be clear, in all 10 modeled scenarios, the earliest Mississippi Power would add solar is 2027. In many cases, solar is not included until 2029 or 2031.

"2031 is a busy year, with all scenarios procuring resources," said Simon Mahan, executive director of the Southern Renewable Energy Association.

Interested parties will be able to file comments and request more information from Mississippi Power. The PSC’s staff will file its own report over the summer, and then it’s up to the utility regulators to approve a plan.

Mississippi Power is the smallest of Southern’s regulated electric companies, with 190,000 customers.