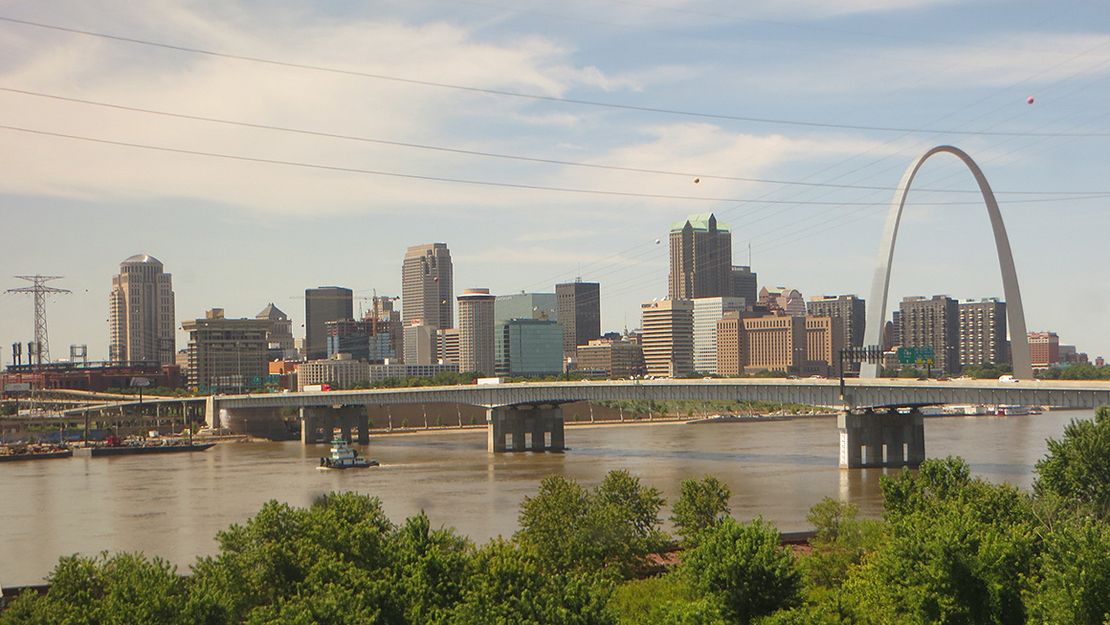 Missouri residents are concerned about a new draft general permit that could relax requirements for coal ash ponds at facilities along regional waterways like the Mississippi River. The riverfront in St. Louis is shown. David Wilson/Flickr

Debate is roiling in Missouri over a proposal to walk back requirements for coal ash ponds — just as the Biden administration is ramping up federal oversight and new legal battles are burgeoning over the toxic waste.

The fight is also testing the boundaries of the Supreme Court’s 2020 ruling in County of Maui v. Hawaii Wildlife Fund, which teed up decades of legal wrangling over the application of the landmark groundwater ruling to coal ash pollution (Greenwire, April 28, 2020).

During a public hearing Tuesday, local activists and residents excoriated the Missouri Department of Natural Resources (MDNR) over a proposed draft general permit for coal ash impoundments and other sites that opponents say would include no groundwater monitoring or effluent limits and would leave the public in the dark while allowing plant operators to continue polluting nearby waters.

Missouri’s “permit does not have requirements frankly,” said Tara Rocque, assistant director of the Interdisciplinary Environmental Clinic at the Washington University School of Law in St. Louis. “It has some standards for who would be covered, but those standards are nebulous and undefined and if used improperly could cover a wide range of sites.”

She later added: “Permits should have requirements — otherwise, why have them?”

The proposal comes as the federal government is cracking down on coal ash, one of the largest sources of water contamination in the country. It is often stored in earthen lagoons that can leak toxins — including arsenic, a known carcinogen, and lithium, which is associated with neurological damage — into groundwater and nearby waterways (Greenwire, Jan. 11).

And in Maui, justices said that the federal government can regulate pollution that moves through groundwater on its way to surface waters under the Clean Water Act’s National Pollutant Discharge Elimination System (NPDES) — if it is the “functional equivalent” of a direct release. Regulation of groundwater pollution otherwise falls to states.

“The Supreme Court created a complicated set of criteria for decisionmaking that can only be enforced by district courts,” said Andrew Otis, a partner at the firm Locke Lord. “In order for this to become more rational and regular, EPA needs to go into rulemaking to basically determine when a discharge to groundwater requires an NPDES permit.”

Rocque of Washington University, who attended Tuesday’s hearing and represents residents living near coal plants along the Missouri and Mississippi rivers, said ash disposal sites in the state that are subject to NPDES permits could qualify for the proposed general permit, if it is finalized.

“It’s ensuring that in a post-Maui world, recipients of this permit are isolated from liability,” she said.

For example, one site that Rocque said could be eligible — the shuttered Chamois Power Plant in Osage County — has an NPDES permit that includes effluent limits, monitoring and compliance measures for old ash ponds at the facility.

All of those measures would be removed under Missouri’s proposed permit, said Peter Goode, environmental engineer for the Washington University law clinic.

He said: “They could switch to a general permit that really doesn’t require them to do anything.”

MDNR expects to make a decision on the permit within 30 days.

Questions arose during Tuesday’s hearing about why MDNR met with industry officials on Jan. 26 — without giving notice of the meeting, inviting other groups to participate or providing notes from the gathering — ahead of publicly releasing the draft permit on March 4.

MDNR in the proposed permit documents noted that public meetings aren’t required for permits that apply to less than 50 facilities, but the agency opted to have one anyway on Jan. 26. Commenters countered there was no notice of that meeting.

Labadie resident Patricia Shuba accused MDNR of “catering” to industry while shutting out engagement from community members. Rocque and Goode of the Washington University law clinic said that they — despite being heavily involved in coal ash issues — only learned of the draft general permit accidentally through a Google search.

Peters of MDNR said the meeting information was available on its public calendar and that the department’s webpage contained a notice of intent to create the general permit.

She added that the proposal is the result of years of discussion and engagement with stakeholders, including the Labadie Environmental Organization, which Shuba leads.

“Some of those discussions and dialogues were part of the history and experience considered during the development of this general permit,” Peters wrote. “The Master General Permitting process includes a stakeholder process that includes and invites everyone to comment, as was demonstrated in [Tuesday’s] meeting.”

Craig Giesmann — senior manager of environmental services for Ameren Missouri, which was present at the Jan. 26 meeting — wrote in an email to E&E News that the company is still reviewing the draft general permit and has yet to submit comments.

“It is our understanding that MDNR often takes comments from the industries that it regulates when it contemplates new rules and regulations that could potentially affect them,” Giesmann wrote. “The purpose of these meetings are to provide technical details.”

He added that Ameren Missouri employees live in the affected communities, too.

“We’re invested in being good environmental stewards,” he said, “and it’s important for us to get this right.”

Critics also warned the permit, if finalized, could shield leaking sites from lawsuits under the Clean Water Act and called on EPA to step in if Missouri didn’t scrap the proposal.

MDNR sent the draft permit to EPA’s Region 7 office on Feb. 2 for review, according to documents obtained by the Washington University law clinic under the Missouri Sunshine Law.

“We do not have any comments,” wrote Sunny Wellesley, an NPDES permitting staffer in the regional office, in a March 4 emailed response to MDNR.

“EPA is taking into consideration public concern in its review of the draft permit published for comment,” he said, “and we will be discussing any additional review with the state.”

Questions also arose Tuesday about which sites would fall under the proposed general permit, including Ameren Missouri’s Meramec coal-fired power plant south of St. Louis along the Mississippi River — a facility that was slated to close two years ago (E&E News, July 8, 2014).

“It’s 2022, and the trains are still running,” said Thomas Diehl, who lives near the facility. “The plant is still operating, pumping more pollutants in the air and dumping more coal ash into leaky ponds.”

At the outset of Tuesday’s hearing, MDNR officials laid out requirements for facilities to use the draft general permit.

They said the permit, which would span a period of five years if approved, would initially apply to two facilities — and possibly up to 10 in the future — but stopped short of identifying those operations.

The department said facilities wouldn’t be eligible if they have a “reasonable potential” of triggering state water quality violations, or sites where groundwater monitoring hasn’t yet been conducted or concluded. Any sites with contaminated stormwater runoff would also be ineligible, as well as those with ongoing industrial activity.

MDNR said the permit would only apply to closed, capped sites where groundwater monitoring has occurred and wrapped up. The agency also clarified that it would not apply to the Labadie Power Station, a coal-fired facility still in operation.

But commenters on Tuesday dismissed the state’s assertions, arguing the sites that would fall under the permit are not low-risk or well-monitored and that backsliding was possible.

Lloyd Klinedinst, a longtime resident of Franklin County, urged MDNR to require coal ash ponds and operators to secure site-specific permits with monitoring requirements. He expressed concern about leaching of coal ash and contaminants that can cause brain and nervous system damage, cancer and other ailments in children and infants.

“I don’t want this to happen to my family,” said Klinedinst. “Please consider withdrawing this.”