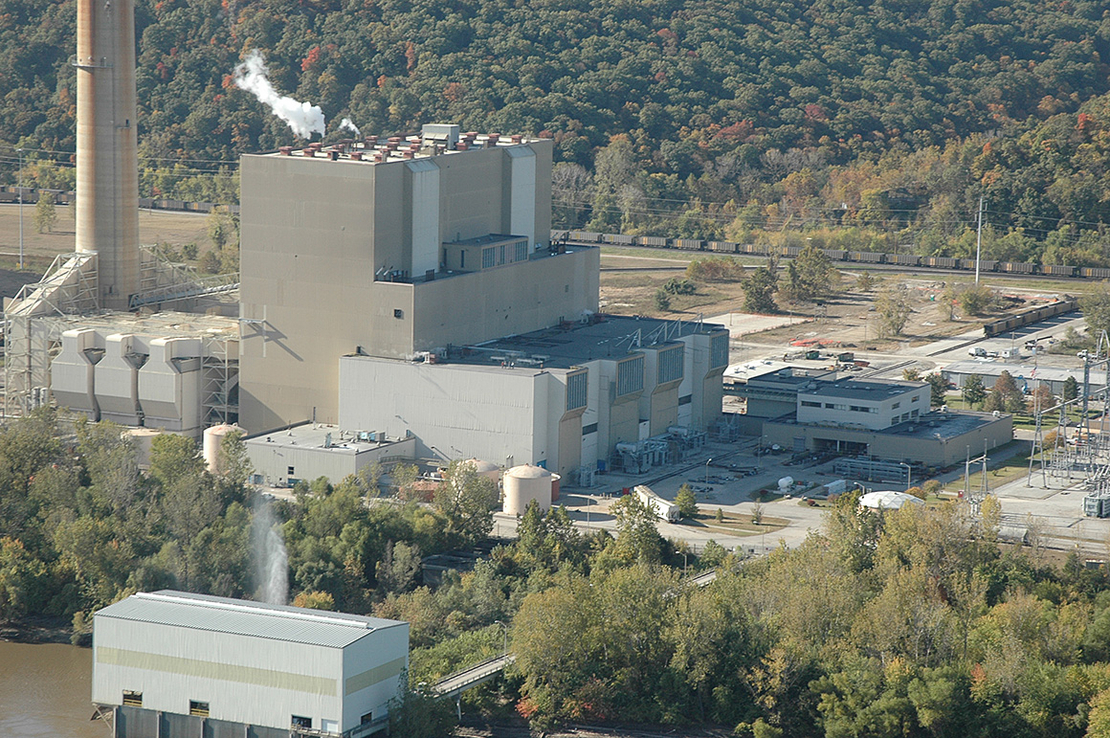 Midwestern utility Ameren Corp. has decided to pull the plug on its second-largest coal plant, choosing to shut down the 45-year-old plant 15 years ahead of schedule rather than install $1 billion in pollution controls to keep it running.

The decision to shutter the 1,242-megawatt plant follows more than a decade of litigation with the Department of Justice, which sued Ameren during the Obama administration for upgrading the plant without getting needed air permits — a change that led to an increase in sulfur dioxide emissions (Greenwire, Oct. 1, 2019).

St. Louis-based Ameren notified the federal judge overseeing the case of its decision in a court filing yesterday.

The company didn’t announce a specific date for ceasing operations, but rather that it will be shut down by March 2024, ahead of the court-imposed deadline for installing pollution controls.

“The decision to accelerate the retirement of the Rush Island Energy Center comes after carefully considering our legal, operational, and regulatory alternatives, as well as the impact on customer costs and system reliability,” Ameren Missouri President Marty Lyons said in a statement.

The ultimate decision to shut the plant down came after the 8th U.S. Circuit Court of Appeals upheld a lower court ruling.

Andy Knott of Sierra Club’s Beyond Coal campaign called for the utility to retire the plant as soon as possible “given the immense public health harms that Ameren Missouri chose to inflict on the region by operating Rush Island out of compliance with the Clean Air Act.”

Ameren said the region’s grid operator, the Midcontinent Independent System Operator, is already conducting a review to ensure the plant can be retired without affecting reliability. Results of the analysis are expected by mid-January, and if transmission upgrades aren’t needed, the plant could shut down much sooner

But that’s not a given. Ameren said it has already identified two potential reliability impacts of closing the plant, including the voltage support the plant provides to the area that could require a $90 million upgrade. Another concern is reliability during extreme weather such as Winter Storm Uri, which could prompt MISO to ensure the plant is available during winter months.

“Retiring Rush Island’s two 600-MW electric generating units, however, is not a simple matter,” Ameren said in the court filing. “Potential grid stability and reliability impacts and other downstream effects must be evaluated, and those issues that are identified must be addressed.”

While the adverse court ruling drove the decision to retire Rush Island, other factors contributed, Ameren said. They include lower natural gas prices and waning public support for coal-fired generation, as well as a securitization law signed by Missouri Gov. Mike Parson (R) last spring that could allow remaining plant debt to be refinanced and collected over a longer time horizon to reduce the consumer impact (Energywire, Jan. 12).

The retirement will, however, raise questions about how Ameren replaces the energy from Rush Island.

Ameren, which has pledged net-zero carbon emissions by 2050, had planned to continue operating Rush Island until 2039, according to long-range plans filed last year with state regulators.

The company provided no detail in court filings on its plans to add replacement generation.

But the Sierra Club, which had intervened in the lawsuit in 2017 after former President Trump was elected, immediately called on Ameren to look exclusively to renewable energy and by reducing electricity demand through efficiency and demand response.

Under no circumstances, the group said, should the utility look to natural gas.

“This is a major decision point for whether Ameren Missouri will act on climate, which it acknowledges is due to human activity, or whether it doubles down on fossil fuels,” Knott said.