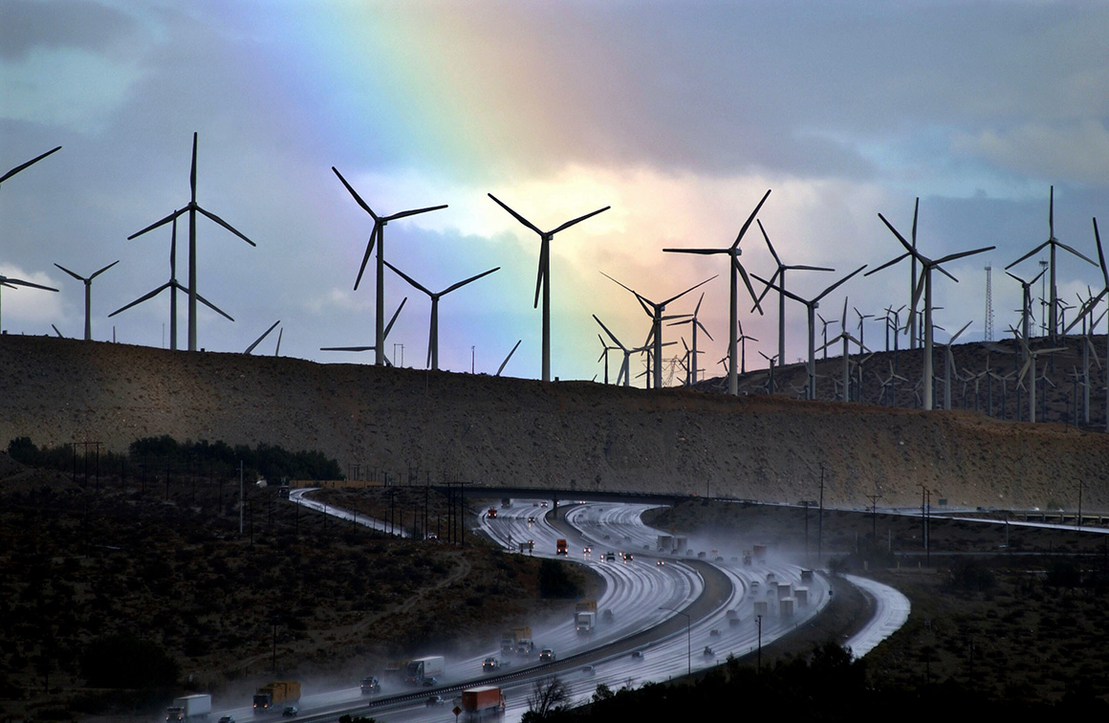 The sudden unveiling of the Senate climate bill two weeks ago launched a race among emissions modelers. Their calculations, and extrapolations, estimated that the “Inflation Reduction Act” would spur a rapid deceleration of carbon dioxide — about a 40 percent reduction over seven years.

But are they right?

Emissions modeling comes with caveats and limitations. Here’s one: It can take more than a decade to build an interstate transmission line to connect renewable energy generation to major metropolitan areas. Yet most models assume many of these projects will be built by 2030.

In other words, emissions models can understate just how difficult it will be to rapidly reduce emissions this decade. Modelers themselves are generally open about that fact.

But that doesn’t stop lawmakers, advocates and the media from bandying about their findings as if emissions modeling is an exact science. In fact, the opposite is true. A popular saying among modelers holds that “all models are wrong, but some models are useful.”

So how should we interpret their findings? Here’s a look at what emissions models are good at, what they struggle with and what they tell us about the potential emissions cuts of the “Inflation Reduction Act.”

Who’s doing the modeling, and what did they find?

Three groups have put out emissions models that have been widely cited by lawmakers, advocates and the press in recent weeks.

How do the models work?

Emissions models are trying to simulate economic behavior. Basically, they make an estimate of how much a technology will be used based on how much it costs.

If solar is cheap, and federal tax incentives make it even cheaper, a model will build lots and lots of solar. Conversely, if coal is really expensive and becomes even more costly relative to its subsidy-backed competitors, the model will show electricity generation from coal falling.

This basic calculation is repeated across the economy, making estimates about the number of electric vehicles that are on roadways or how many carbon capture projects are installed at factories, and so on. The emissions estimate emerges from this economic picture, with the model calculating greenhouse gas output based on the types of technologies being used.

The cleaner the stuff being used in the economy, the greater the emissions reductions.

“The emissions are a consequence of everything else they are modeling,” said Christopher Clack, a modeler who leads the consulting firm Vibrant Clean Energy. “The emission reduction is predicated on how much the [clean energy] tools are used.”

This, of course, is a simplification.

The REPEAT Project includes geospatial analysis that accounts for renewable potential and siting restrictions. Rhodium uses academic literature on the history of technological adoption to make assumptions about consumer preferences. And most modelers simulate a range of scenarios to reflect the uncertain nature of human behavior.

To take a prominent example: Most models run simulations in which oil prices are high and low, because that can have a big impact on the rate of electric vehicle adoption.

One commonality among models is they assume people and companies will make economically rational decisions.

“They model rational choices among 100 percent economic actors who seek to maximize their own welfare by minimizing the cost of the investments that they make,” said Arne Olson, a modeler at Energy and Environmental Economics, or E3, a consulting firm.

One problem many models face is that people don’t make economically rational decisions, or they face barriers to doing so.

Take the example of electric vehicles. Some EVs are already cheaper to own over the course of their lifetimes than gasoline-powered cars and trucks. Add the bill’s proposed federal tax incentives for EVs into the models, and most predict people will buy EVs en masse.

That’s problematic. Even if an EV is cheaper today, that doesn’t mean someone can go out and buy one. Automakers are racing to beef up EV supply chains but are struggling to keep up with real-world demand — yet alone the type of supercharged interest that some models suggest.

There are also consumer preferences to consider. Some people may never want an electric vehicle, regardless of the cost. Like, ever.

“The models are pretty good at projecting, if you just look at economics and standards, what the impacts of those would be in an optimal world,” said Robbie Orvis, an analyst involved in the modeling done by Energy Innovation. “Some of the big things models broadly struggle with is when people or businesses don’t act rationally.”

Modelers try to solve this conundrum. In the electric vehicle scenario, they might cap the annual growth of EV sales. Rhodium accounts for factors like luggage capacity, which has been shown to be a large consideration among potential EV buyers.

“Just because the economics make sense doesn’t mean 100 percent of sales will be EVs next year,” said Ben King, an associate director at Rhodium who contributes to the group’s emissions model. “We’re taking informed guesses with this stuff. Human behavior is tough to model. We’re less good at predicting what human behavior will do.”

Energy transmission is another area where models have difficulty capturing real world constraints. A full-scale build-out of wind and solar requires large amounts of new electric transmission to be strung across the country.

The REPEAT Project’s analysis assumes the rate of transmission construction will essentially double by the end of the decade, enabling a massive build-out of renewable resources, said Jesse Jenkins, a Princeton University professor who leads the project. The model estimates the U.S. will add 129 gigawatts of solar capacity in 2031 and 2032. That’s more than all the solar that exists in the U.S. today (98 GW).

But whether the U.S. can actually build the amount of transmission needed to facilitate that level of renewable development is an open question. Transmission lines often encounter “not in my backyard” opposition, making permitting difficult. When they cross state lines, the question of who pays to build them becomes complicated.

There are also political considerations to consider. Texas is a renewable energy powerhouse that could export vast quantities of wind and solar to neighboring regions — if it had the transmission capacity to do so. But Texas politicians have long opposed interconnecting to nearby grids out of fear it would open the state’s electricity system to federal regulation.

Add it all up and there is significant uncertainty over whether enough transmission can be built to facilitate the growth of renewables.

“On transmission, I think we’re optimistic. We’re not trying to capture a transmission-constrained scenario,” Jenkins said.

A real world failure to solve transmission constraints would slow the rate of renewable development, he said.

Rob Gramlich, president of Grid Strategies, noted that states and the Federal Energy Regulatory Commission will be under tremendous pressure to agree on how new power lines should be permitted and paid for.

“One cannot assume everything magically goes right on transmission,” he said. “The models used for carbon accounting tend to include multiple sectors and therefore do not have the capacity to incorporate many details of the complicated transmission system.”

What models are good at

If emissions models struggle to account for some real world conditions, they are better at quantifying the economic shifts in the energy economy.

They are highly sensitive to changes in energy prices, with different scenarios illustrating big swings in decarbonization based on factors like the price of renewable components, or natural gas and oil. The reliance on cost inputs to drive outcomes also makes them useful for assessing the impact of federal legislation like the “Inflation Reduction Act,” which uses tax credits to encourage technology shifts.

In fact, the same weaknesses that make it difficult for models to account for real world constraints can be a strength in assessing how a change in federal policy could alter the economics of the energy industry, analysts said.

That’s because impediments like NIMBYism or consumer preference — human behavior, in other words — will exist regardless of whether Congress passes a bill like the “Inflation Reduction Act,” or “IRA,” said Olson, the E3 modeler.

“If you want to model the impact of a specific set of policy changes, you want to hold all the other stuff consistent so you can isolate the changes being made,” he said. “If you had an idealized world before and after the IRA, that is probably a good representation of how the world has changed, even if those worlds are unrealistically optimized.”

Jenkins echoed that assessment, saying the modeling shows that people and businesses have a powerful financial incentive to overcome the barriers holding back the clean energy transition.

“What our modeling shows is how the bill aligns financial incentives with the pace of the clean energy transition,” Jenkins said. “It makes good business sense for utilities to turn to install clean energy, or for industry to install carbon capture and sequestration or for a contractor to buy an F-150 Lightning.”

How to interpret the findings

The good news for climate advocates is that three different groups, using different models based on different assumptions, broadly arrived at the same conclusion. That should build confidence that the “Inflation Reduction Act” can achieve the 40 percent cut in emissions it seeks by the end of the decade.

Still, there is a risk that the public could overestimate the act’s potential to cut emissions. Ultimately, the models show rapid adoption of clean energy technologies, said Clack of Vibrant. Yet technological adoption rarely proceeds evenly.

“Looking at the bill, the average person should realize the bill is not talking about emissions at all,” he said. “What it is talking about is the tools that should enable emission reduction. … The real end amount of emissions comes down to how much industry takes hold of those tools.”

That means people should be wary of emissions projections showing greenhouse gas outputs falling consistently year over year. The path to decarbonization is more likely to be bumpy, Clack said.

Olson, the E3 analyst, said the models predict a greener economy over time. The “Inflation Reduction Act” should fulfill that scenario by providing the financial incentives to adopt clean technology. But he agreed with Clack that the rate of change remains an open question.

“Infrastructure is difficult to build in this country,” Olson said. “That is part of why this bill was so urgently needed because it will take time. There is a bit of risk of people putting too much faith into these estimates and thinking our work is done. This is a great bill, it takes a lot of good first steps. But a lot of action is needed to turn it into reality.”