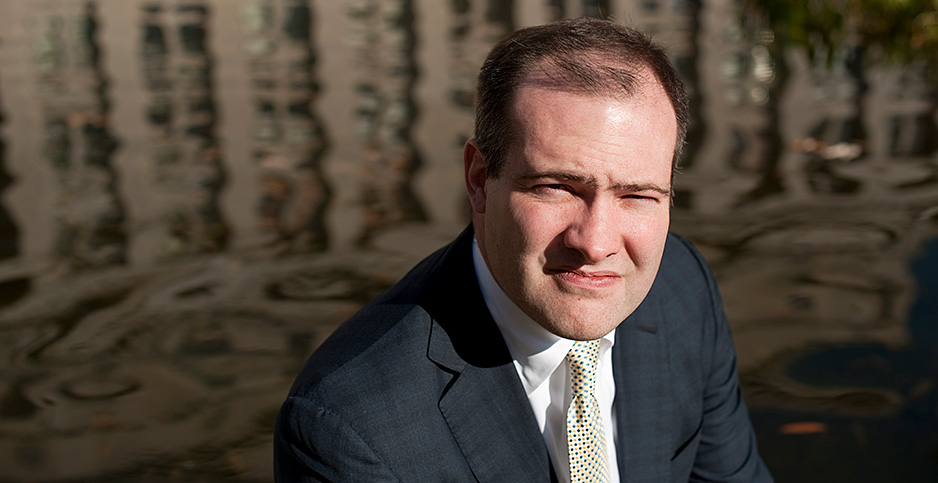 In a goodwill gesture to centrist senators, the Biden administration agreed to swap out a progressive environmental attorney for a more mainstream energy lawyer to serve in the No. 2 slot at the Interior Department.

Yet in choosing to put forth an aspirational consensus pick in Tommy Beaudreau instead of Elizabeth Klein, who will remain at the agency as a senior counselor, the administration might be setting itself up for controversy just the same — and at different points along the political spectrum.

Sens. Joe Manchin (D-W.Va.) and Lisa Murkowski (R-Alaska) — the current and former chair, respectively, of the Senate Energy and Natural Resources Committee — disapproved of Klein, the administration’s original pick for deputy Interior secretary, arguing she had a hostile record toward fossil fuels.

Beaudreau was ultimately identified, at Murkowski’s urging and Manchin’s blessing, as a candidate who could play to both sides and better withstand a partisan confirmation process.

On the one hand, he served as former President Obama’s first director of the Bureau of Ocean Energy Management following the devastating BP PLC oil spill, and was at one time chief of staff to then-Interior Secretary Sally Jewell.

"As a leader at Interior under President Obama, he made it a priority to advance conservation, embrace climate science and build meaningful relationships with sovereign tribal nations," gushed Jamie Williams, president of the Wilderness Society.

"Beaudreau has enacted critical reforms, particularly after the Deepwater Horizon explosion, while ensuring our public lands and waters are managed with an eye towards balance and future generations," Jennifer Rokala, executive director for the Center for Western Priorities, agreed.

On the other hand, he will decamp for this position from the firm of Latham & Watkins LLP, a massive global law practice where he, as a partner, represented clients in the environment, land and resources department.

A full download of the cases he has worked on, and people he has worked for, is not currently available, but the firm on its website boasts of its robust engagement with the oil and gas sector, which could be encouraging for Republicans who worry about the Biden administration’s bias against the industry.

A longtime member of the conservation community who is familiar with some of the strategy behind Beaudreau’s selection said the administration’s hope is that he has the kind of resume to actually get confirmed with what passes as a bipartisan support these days in the U.S. Senate: a smattering of Republican "aye" votes.

With the exception of Murkowski, who said she was "bucking" for Beaudreau, no other Senate Republicans have publicly pledged to support him — but they aren’t sounding alarm bells, either.

"Ranking member Barrasso looks forward to meeting with Mr. Beaudreau to discuss his vision for the Department of the Interior," said a spokesperson for Sen. John Barrasso of Wyoming, the Energy and Natural Resources Committee’s top Republican.

"The senator will review the nominee’s record and listen to feedback from Montanans," said a spokesperson for Sen. Steve Daines (R-Mont.), another Energy and Natural Resources member. "The senator will ask questions on the importance of hunting, recreation, balanced use of our public lands and energy to the Montana way of life."

That Beaudreau spent formative years in Alaska and maintains ties to the state could end up drawing support from Murkowski’s fellow Republican from the Last Frontier, Sen. Dan Sullivan.

"Senator Sullivan believes it is critical for anyone in the No. 2 position at the Interior Department to understand Alaska and the outsized impact the Interior Department has on Alaska," said his spokesman, adding that the lawmaker "looks forward to having discussions with Tommy Beaudreau" on a number of topics, including reversing "the Biden administration’s harmful initial actions to curtail energy production in America."

Still, there are plenty of chances for the proceedings to sour.

There are bound to be questions about the circumstances surrounding the nomination, which was reportedly the result of the administration agreeing to withdraw Klein — and replace her with Beaudreau — as a favor to Murkowski, whose support they wanted for Interior Secretary Deb Haaland and a host of other priorities in the coming weeks and months.

Murkowski had deep concerns that Haaland’s past statements opposing all energy extraction on federal lands would keep her from taking a holistic approach to the issue as Interior secretary.

She said repeatedly during the confirmation process that the appointment of a "strong management team" to support Haaland at Interior was a condition of her support, and she told E&E News yesterday Beaudreau would fill that role.

But Murkowski was also speaking frequently around the time of Haaland’s confirmation of her anxieties about what the Biden administration’s policies would mean for Alaska and what priorities she wanted protected as the White House courted her on various nominees and legislative agenda items.

If there’s speculation that Beaudreau, who has ties to both Alaska and Murkowski, might have expressed a willingness to facilitate certain parochial projects as deputy Interior secretary, outside groups could pressure Senate Democrats to either ask that question of the nominee outright or demand he agree to recuse himself from weighing in on Alaska-specific initiatives.

The left-leaning Center for Biological Diversity is positioning itself at the forefront of the opposition to Beaudreau, with the organization’s government affairs director, Brett Hartl, denouncing him in a statement as someone who is "cozy with the biggest polluters on the planet and will undermine the president’s efforts to rein in fossil fuel extraction on public lands and waters."

Hartl later told E&E News that his organization hardly saw the Obama administration as the gold standard on energy policy.

"We petitioned BOEM for stronger [National Environmental Policy Act] regulations during the Obama era; they turned down our petition," he said. "They did not want to list endangered species that were conflicting with oil and gas, like the dunes sagebrush lizard and the lesser prairie chicken and the greater sage grouse. And I worry that Tommy Beaudreau’s default position is to accommodate industry."

This sentiment, so far, isn’t being articulated by Senate Democrats, at least not publicly, though many are aware of the high-profile nature of Klein’s demotion and have expressed disappointment by the reversal.

Sen. Ron Wyden (D-Ore.), a senior member of the Energy and Natural Resources Committee, was diplomatic when asked yesterday about Beaudreau’s nomination.

"What I’m going to be asking about … is how they’re going to advance a Biden and Haaland agenda, and I’ve not known him well, but I’ve known about his track record, and when you take a position like this, you are taking a commitment to the agenda to the person residing at 1600 Pennsylvania Avenue," Wyden said.

Asked to clarify whether he liked Beaudreau’s track record, the senator didn’t elaborate. "I’m going to have to have a chance to talk with him before I make any kind of specific comment with respect to him."

If Democrats could cause some headaches for Beaudreau, Republicans could, too.

After all, having worked for Latham & Watkins is not a prerequisite for gaining bipartisan support. Klein enjoyed a stint at the same law firm at one point in her career, and that wasn’t enough to sway critics of her work at the NYU School of Law’s State Energy & Environmental Impact Center, where she helped state attorneys general in filing dozens of lawsuits challenging Trump environmental rollbacks.

With Beaudreau, many of the questions from Republicans on Energy and Natural Resources will likely look similar to those they volleyed at Haaland: Does he support energy extraction on public lands, what are his specific priorities surrounding the 30×30 conservation agenda, will he encourage the president to unilaterally create new national monuments, how does he feel about the Keystone XL pipeline?

Beaudreau’s answers will probably be the same as Haaland’s: The president calls the shots. For plenty of lawmakers, that response won’t be satisfactory and they’ll be inclined to vote against him, with another Interior nominee becoming a proxy battle for a larger fight over the Biden energy platform.

The tone and tenor of these exchanges could also be influenced by the timing of the confirmation hearings. The Interior Department’s review of the federal oil and gas leasing program will be released in June, and whether the hearings take place before or after the publication date could play heavily into how Beaudreau is received on both sides of the aisle.

Ultimately, however, many advocates told E&E News they didn’t expect Beaudreau to elicit warm, fuzzy feelings from Republicans en masse and disagreed with the argument in some progressive circles that this nominee was in any way a gift to conservatives opposed to conservation.

Adam Kolton, the executive director of the Alaska Wilderness League, said yesterday his group was "hugely supportive of Liz Klein" and "disappointed" the nomination was reneged.

But he also said the group was enthusiastically supporting Beaudreau, regarding the new nominee as "someone who could help keep the promise to restore protections to the Arctic National Wildlife Refuge and ensure no oil and gas development takes place there."

He said it would help to have someone at Interior "who understands the energy sector who is going to have to implement a very aggressive agenda of reform and not as business as usual. … He’s someone who wants to have a process and has a track record of listening to all sides."

But, Kolton added, "We’re not thinking that somehow proponents of development in the Congress will have found a more energy industry-friendly person. He is a deeply committed conservationist."