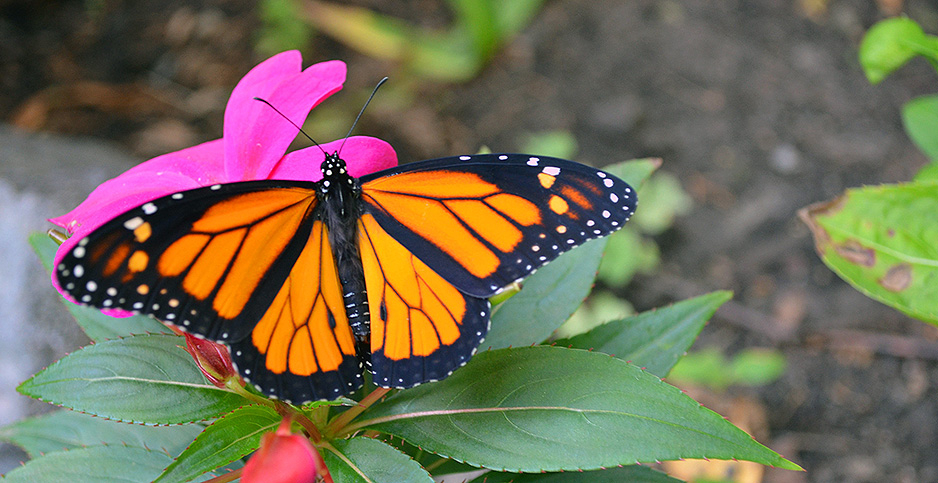 A monarch butterfly fanning its wings after hatching. Joanna Gilkeson/Fish and Wildlife Service/Flickr

The Fish and Wildlife Service today unveiled a sweeping, multistate plan to protect the monarch butterfly without adding it to the Endangered Species Act list.

A long time in the making, the plan called, in part, a "candidate conservation" agreement unites state and federal officials with energy and transportation industry leaders on a common cause.

"Completing this agreement is a huge boost for the conservation of monarch butterflies and other pollinators on a landscape scale," FWS chief Aurelia Skipwith said in a statement, adding that it will "provide regulatory certainty for industry while addressing the conservation needs of our most at-risk species."

The agreement reached between the service and the University of Illinois, Chicago, "encourages transportation and energy partners to participate in monarch conservation by providing and maintaining habitat" on rights of way and associated lands, according to FWS.

The federal agency says "more than 45 companies in the energy and transportation sectors and countless private landowners will provide habitat for the species" and carry out conservation measures to reduce or remove threats to the species and create and maintain habitat annually.

Officials anticipate that up to 2.3 million acres may be enrolled in the agreement and managed for monarch butterflies and other pollinators.

"This is a net benefit agreement," said Timothy Male, executive director of the nonprofit Environmental Policy Innovation Center. "The butterfly is clearly better off with than without this agreement."

Male noted, for instance, that "highway agencies and energy transmission face a lot of uncertainty if the butterfly is listed" under the Endangered Species Act.

"This agreement takes that uncertainty away," Male said, adding that "the scale of this agreement — up to 26 million acres — is exactly what the ESA needs more of."

FWS concluded in December 2014 that the monarch butterfly may warrant ESA protections, after which the Center for Food Safety and the Center for Biological Diversity asked the agency to add it to its threatened species list (E&E News PM, March 10, 2017).

The plan announced today is also called a CCAA, for candidate conservation agreement with assurances.

Iris Caldwell, program manager of the University of Illinois, Chicago’s Energy Resources Center, which will administer the agreement, called it "the largest CCAA in history."

"It also represents an extraordinary collaboration between industry leaders and the U.S. Fish and Wildlife Service that can serve as a model for addressing challenges to other at-risk species," Caldwell said.