Mont. governor bags criticism along with a mountain lion 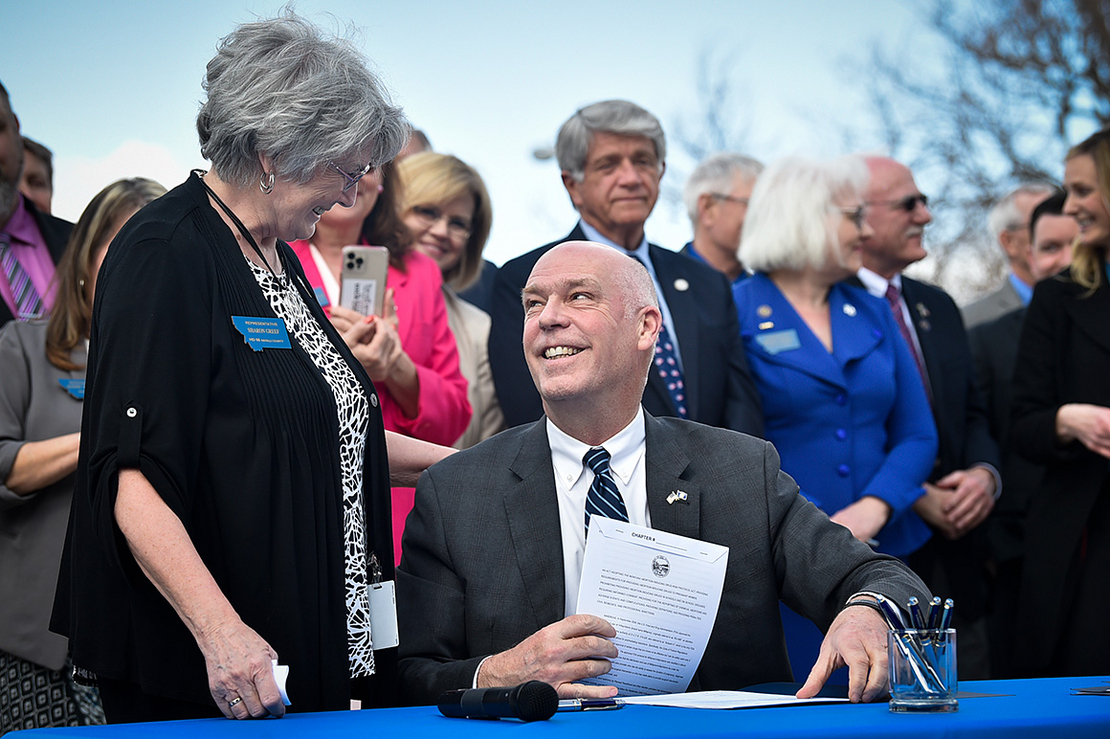 Montana’s Republican Gov. Greg Gianforte is again drawing fire in some circles for a hunting trip, this time involving a perfectly legal outing that resulted in the death of a collared mountain lion outside Yellowstone National Park.

Citing in part anonymous sources, The Washington Post first reported that Gianforte shot and killed the mountain lion that was being monitored by National Park Service staff, after hunting dogs had chased it up a tree. Last year, Gianforte trapped and killed a gray wolf that was wearing a radio collar and being monitored by Yellowstone scientists.

A spokesperson for Gianforte, whose relationship with reporters has occasionally been combative, denounced the Post’s implicitly critical account.

“The Washington Post did what The Washington Post does: run with unsubstantiated rumors from unnamed sources who weren’t a part of the governor’s hunting party,” Gianforte’s press secretary Brooke Stroyke told E&E News in a statement. “Montanans are all too familiar with that approach.”

The latest hunting episode resonates, though, as it comes in the context of Gianforte and Montana state legislators loosening hunting restrictions and on the governor’s own track record.

Last year, Gianforte was found to have violated state hunting regulations when he trapped and shot a wolf without completing the requirements of his trapping license (Greenwire, March 24, 2021).

“Shooting a lion off of a tree limb after being chased by a pack of dogs is grossly unsporting and inhumane,” Wayne Pacelle, president of Animal Wellness Action, said this morning. “Governor Gianforte has now killed two inedible animals for the thrill of the kill, and he has departed from Montana’s mainstream tradition of hunting for an acceptable use of the animal.”

In the case of the gray wolf, the Montana Department of Fish, Wildlife and Parks issued the governor a “written warning” after he trapped the animal, which also had a GPS collar placed on it by Yellowstone wildlife biologists.

The wolf had strayed outside the national park boundaries and therefore was legal to hunt.

Gianforte was issued the warning by his wildlife agency because he had not completed a mandatory wolf-trapping certification class that, among other things, outlines how to set traps “using humane, legal and ethical standards,” according to the Montana wolf trapper education student manual.

While wolves are protected within the boundaries of Yellowstone National Park, it has been legal in Montana to trap and kill wolves since they were removed from Endangered Species Act protections in May 2011.

That delisting decision a decade ago turned wolf management over to the state.

Stroyke, the governor’s spokesperson, laid out what she described as the facts of Gianforte’s more recent hunting adventure.

Stroyke said that “as the group got closer to the lion, members of the group, who have a hound training license, used four hounds to tree the lion once the track was discovered in a creek bottom on public land.”

Stroyke said that after the lion was treed, Gianforte confirmed it was an adult male — called a tom — harvested it, and put his tag on it. He then called to report the kill to a state game warden.

“In Livingston, the governor met the game warden who tagged the lion and took the collar,” Stroyke said.

“The governor’s cruel killing spree around Yellowstone sets back research and illustrates why states dominated by the ruthless livestock industry can’t be trusted to oversee rare wildlife like wolves,” Robinson said.

The news also set off a torrent of criticism and name-calling on Twitter.

“John Dutton would never do something like this,” he tweeted. “Musta made Gianforte feel like a real man!”

Mountain lions, also known as cougars, are one of the largest cats in North America and a top predator that’s native to the Yellowstone region, though the animals are rarely seen, according to the National Park Service.

The park service estimates the total population at 34 to 42 in the Yellowstone region, with most of the animals located on the northern range.

The cats usually produce litters with three to four kittens, but only 50 percent survive the first year. Adult males can weigh up to 170 pounds and have an average life span of 8 to 10 years, while females are much lighter and generally live longer, according to NPS.

The mountain lion killed by Gianforte, known by the research number M220, was first captured and collared by park biologists on Dec. 11, 2019, in the northern section of the park, Yellowstone National Park spokesperson Morgan Warthin said this morning.

“At the time of capture, he was aged as a 3 ½-year-old male based on top canine gum recession measurements, weighed 130 pounds, and biologists fitted him with a GPS collar,” she said. “It is not known at this time if the male mountain lion was born inside or outside the park.”

She said that disease and starvation are occasional causes of cougar deaths but that competition with other predators and human hunting during legal seasons outside protected areas are the main causes of cougar mortality.

Gianforte’s embrace of hunting, both as personal recreation and as public policy, has shaped his political reputation since he replaced former Interior Secretary Ryan Zinke in 2017 as Montana’s sole House member.

Earlier, his political opponents attacked him as an outsider from New Jersey.

Once elected governor, Gianforte replaced Martha Williams, a Democratic appointee who enjoyed bipartisan support, as director of the state’s Department of Fish, Wildlife and Parks. Williams was subsequently appointed and confirmed by the Senate as the Biden administration’s director of the Fish and Wildlife Service.

The petition was filed on the same day Yellowstone National Park officials announced that three gray wolves had been killed by Montana hunters. The two female pups and a female yearling were killed outside the park’s northern boundary in the first week after wolf season opened in September, park officials said.

Zack Strong, senior staff attorney for the terrestrial wildlife program at the Animal Welfare Institute, said, “Despite living in one of the most biodiverse states in the country, Governor Gianforte is no friend of wildlife.”

Strong called on the Montana Fish, Wildlife and Parks Department “to fully investigate the questionable circumstances surrounding the governor’s trophy killing of yet another rare park predator.“