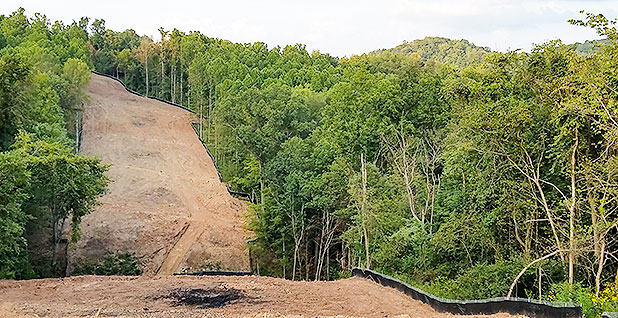 The Atlantic Coast pipeline suffered a major setback this week as an appeals court scrapped another federal approval for the natural gas project.

The opinion also elaborates on the court’s May 15 decision to scrap an endangered species assessment prepared by the U.S. Fish and Wildlife Service. The appeals court found both decisions arbitrary and capricious.

SELC is now calling on the Federal Energy Regulatory Commission to block construction on the 600-mile Atlantic Coast pipeline, which stretches from West Virginia to North Carolina.

If the scenario sounds familiar, that’s because a similar one just played out for the Mountain Valley pipeline, another Appalachia natural gas project. The 4th Circuit vacated Forest Service and Bureau of Land Management approvals for that pipeline last month.

On Friday, FERC halted construction on Mountain Valley while the agencies address the deficiencies with their approvals (Energywire, Aug. 6).

The 4th Circuit did not address the issue directly yesterday but in a footnote seemed to agree.

"As noted previously, FERC’s authorization for ACP to begin construction is conditioned on the existence of valid authorizations from both FWS and NPS," the court wrote. "Absent such authorizations, ACP, should it continue to proceed with construction, would violate FERC’s certificate of public convenience and necessity."

Backers of the gas pipeline are pushing back. An Atlantic Coast spokesman noted last night that the company is confident the agencies can quickly address the 4th Circuit’s concerns. The developer will continue avoiding work areas that could affect the endangered species included in the FWS review, along with the Blue Ridge Parkway, but will continue construction in other areas in West Virginia and North Carolina.

"The Atlantic Coast Pipeline has been the most thoroughly reviewed infrastructure project in the history of our region," spokesman Aaron Ruby said in a statement. "Today’s court ruling is further evidence of this unprecedented scrutiny and the high standard that is being applied to the project."

The 4th Circuit has handled a slew of cases dealing with Atlantic Coast and Mountain Valley over the past year (Energywire, July 31).

Yesterday’s opinion was particularly biting, with Chief Judge Roger Gregory — a Clinton and George W. Bush appointee — criticizing the National Park Service for failing to offer an explanation for how the pipeline crossing was consistent with the Blue Ridge Parkway’s purpose.

"The Blue Ridge Parkway Organic Act then forbids NPS from authorizing any right-of-way that is not consistent with those parkway purposes," he wrote. "Thus, the right-of-way permit in this case would violate statutory requirements if not accompanied by a valid agency determination that the pipeline is not inconsistent with the Parkway’s scenic value and the public’s enjoyment thereof."

He added: "Here, the agency decision is not accompanied by any explanation, let alone a satisfactory one."

The court declined to grant deference to the agency’s interpretation and slammed the government’s lawyer for taking "a litigation position that regards the premier conservation agency’s role as no more than highway maintenance."

The judges also took issue with the FWS’s failure to set limits in an "incidental take statement" prepared for the project on the number of certain Endangered Species Act-protected species that could be harmed. Although the agency isn’t required to set numerical limits in those assessments, it must explain itself when it chooses not to.

"For an ITS to function as a safe harbor, FWS must set an incidental take limit that can be monitored and enforced," the court wrote, referring to the at-risk bats, mussels, isopods and bumblebees along the pipeline’s route.

The court concluded later: "Because FWS’s vague and unenforceable take limits are arbitrary and capricious, we vacated the ITS pending the issuance of this opinion."

The 4th Circuit already vacated the assessment in a May order. Yesterday’s opinion clarifies the judges’ rationale (Energywire, May 16).