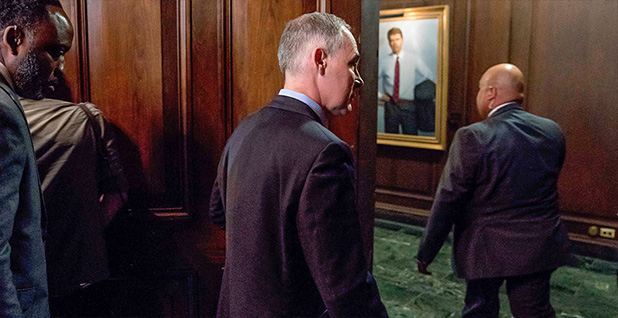 Threats against EPA Administrator Scott Pruitt have spiked compared with what his predecessor at the agency faced during her tenure.

Office of Inspector General records obtained by E&E News under the Freedom of Information Act offer the most comprehensive account yet of the threats that have stacked up at the agency targeting Pruitt.

But the documents also show that social media and mail sent to EPA taking issue with Pruitt’s policies or poking fun at the administrator were often categorized as threats. Several of the IG probes were closed either with never finding the perpetrator or with authorities declining to prosecute those making threats.

One data table shows Pruitt faced 16 threats at one point in fiscal 2017 compared with three that year for Gina McCarthy, who led EPA in President Obama’s second term. The previous year, four threats against McCarthy were reported, according to documents.

E&E News has previously reported on some of those threats, such as a threatening Twitter post against Pruitt and Senate Majority Leader Mitch McConnell (R-Ky.) from someone who was drinking while watching liberal commentator Rachel Maddow. Another individual sent a "potentially threatening postcard" to Pruitt — agents interviewed that person while they wore two handguns on their waist. Both apologized, and federal prosecutors decided against moving forward on either case (Greenwire, Jan. 11).

Pruitt’s critics have questioned whether the threats have been overblown as EPA sought to justify the administrator’s expansive security measures, including a 24/7 personal protection detail and flying first class (see related story).

Sens. Tom Carper (D-Del.) and Sheldon Whitehouse (D-R.I.) obtained internal EPA records that raised questions about the agency’s reasoning for Pruitt’s heightened security. One February 2018 memo the senators quote from in a letter last month says that "[u]sing all source intelligence resources, EPA Intelligence has not identified any specific credible direct threat to the EPA Administrator."

Some who disagreed with Pruitt’s actions at EPA have been investigated as threats against the administrator. Protesters who disrupted one of Pruitt’s speeches last year were the subject of an IG probe, which later determined they were not a threat (Greenwire, Jan. 23).

Other investigations seemed to have come across critical free speech directed at Pruitt rather than those threatening physical harm.

In March this year, someone posted inside an EPA headquarters elevator a Newsweek magazine cover with a mustache drawn on Pruitt. A special agent reviewed the cover, found no "overt threat" and recommended the case for closure, according to its report.

Another closing report found a person who posted a tweet regarding Pruitt, which could be interpreted "as intimidating and potentially threatening towards" the administrator.

In an interview, the individual said they weren’t happy with Pruitt’s policies and wanted to express "displeasure," picking the first unhappy GIF to go with their tweet. The person said they weren’t violent and didn’t want anything to happen to Pruitt. The case was closed after federal authorities declined to prosecute.

In April 2017, the IG was notified by U.S. Capitol Police that Sen. James Lankford’s (R-Okla.) office had received an email saying, "We support the assassination and execution of Scott Pruitt who will rape this country and the EPA," according to one report. The email also threatened assassination for President Trump, Vice President Mike Pence and "most other terrorist pig republicans."

The email’s author, interviewed by agents at the person’s Oklahoma residence, said Pruitt was "just a pawn for the oil and gas industry" but the author didn’t want to have him killed. The case was declined for prosecution, but a bar notice was issued against the person, denying him or her access to all EPA facilities.

Further, throughout the spring of last year, Pruitt’s daughter received threatening Facebook messages, which came under IG investigation. One of those messages read, "I hope your father dies soon, suffering as your mother watches in horror for hours on end," which Pruitt described in congressional hearings nearly two weeks ago.

It is suspected that the Facebook account that sent the messages was deleted. The case’s closing report said it was recommended for closure.

Click here to read the EPA IG’s latest batch of records on threats against Pruitt.