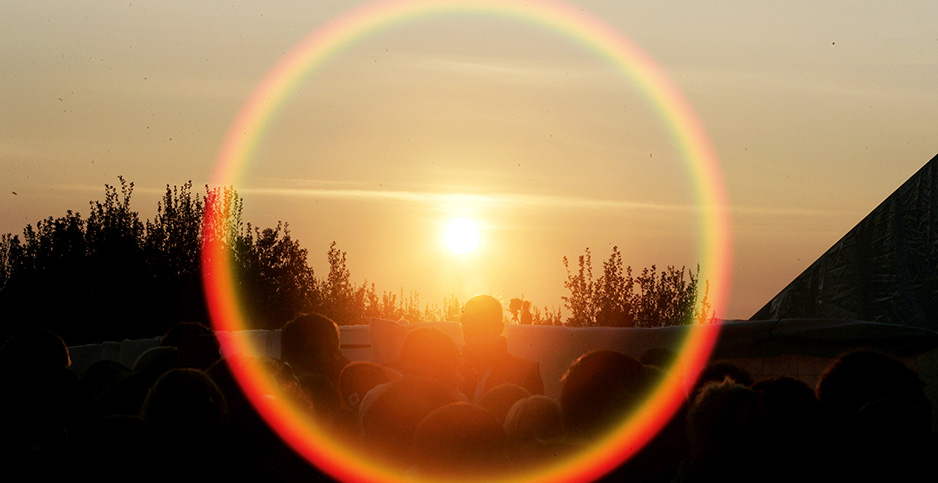 The miracle of life on Earth hinges on a delicate balance. The sun’s rays enter the Earth’s atmosphere, warming the planet. At the same time, some of that solar energy is reflected back out to space, ensuring the planet doesn’t heat up too much.

But as humans have pumped greenhouse gases into the atmosphere, the Earth’s energy balance has tilted. Greenhouse gases prevent extra energy from radiating back out to space, causing global temperatures to rise.

This energy imbalance is "the most fundamental metric defining the status of global climate change," scientists said in a 2016 Nature Climate Change
article. Everything else about global climate change — including the warming of the planet — is a symptom the mismatch of energy in versus energy out.

Now, scientists say, the imbalance is getting more lopsided. New research published this month in Geophysical Research Letters
finds it approximately doubled between 2005 and 2019.

The total imbalance is still relatively small — a difference of about 0.3% in radiation in versus radiation out. But a little goes a long way. Earth’s global average temperatures have risen by nearly 2 degrees Fahrenheit over the last 150 years or so.

The team drew on two different datasets, both independently reflecting the Earth’s energy imbalance. They first looked at NASA satellite data, collected by instruments that measure fluxes of radiation into and out of Earth’s atmosphere.

Then they looked at measurements of ocean heat collected by the Argo
float network, an international ocean-observing system with drifting sensors scattered all over the world. The ocean absorbs around 90% of the planet’s excess energy, making ocean heat a prime indicator of changes in the energy balance.

Both datasets, independently of one another, found that the Earth’s energy imbalance was growing. The trends they produced were statistically indistinguishable from one another — almost exactly the same.

The "incredible agreement" between the two datasets suggests they’re both accurate, Loeb noted.

The researchers also conducted an extra analysis to figure out why the imbalance is quickly worsening. Greenhouse gases in the atmosphere are clearly a major driver. But as the planet has warmed, it’s triggered other feedback cycles that have further increased the imbalance.

Melting ice is one of these feedbacks.

Arctic sea ice has declined dramatically over the last few decades in response to rising temperatures. Sea ice is highly reflective, helping beam sunlight away from the planet. As it’s disappeared, more solar radiation has been able to get through to the Earth’s surface.

Cloud cover is another factor, although a much more complicated one.

Clouds can either trap solar energy or reflect it back out to space, depending on the type of cloud, the local climate conditions and other factors. The study suggests that changes in cloud cover have, on the whole, increased the amount of solar radiation absorbed by the planet. But it’s unclear exactly how or why.

It’s possible some of those cloud changes are linked to shifts in a natural climate cycle, the researchers added. But some of them are probably due to human-caused climate change, as well.

It’s a reminder that not all the consequences of climate change are linear. The climate system is full of feedback loops, which can quicken the speed at which the planet warms and changes.

If the Earth’s energy imbalance continues to worsen, the researchers warned, then they would expect "even greater changes in climate in the coming decades."

Computer simulations and models can help scientists make these kinds of predictions about the future. The new measurements, in turn, can help scientists test the accuracy of their models, making sure they reflect what’s happening to the planet at the most foundational levels.

"My hope is this study will inspire people in the modeling community to … test the models in innovative ways that will enable us to say something more about what’s gonna happen in the future," Loeb said. "There’s more work to be done on the modeling side to unscramble this a little further."