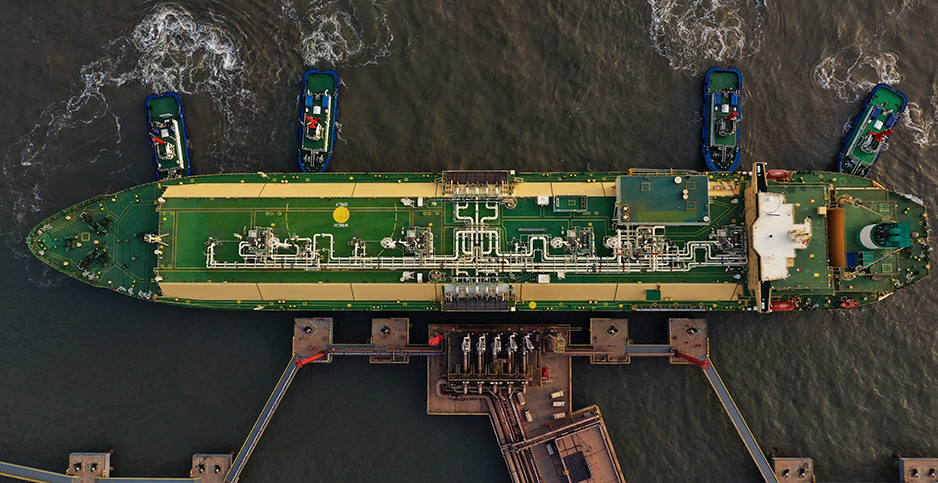 Greenhouse gas emissions from natural gas use now exceed coal emissions in the United States and Europe. And while coal and oil still emit more globally, gas is now the primary driver of emissions growth worldwide.

Those findings, reported last week in a study by the Global Carbon Project, add more fuel to an already smoldering debate about the role of natural gas in a carbon-constrained world. They also raise questions about its ability to serve as a "bridge fuel."

But the GCP report also highlights the potential limitations of relying on natural gas for emission reductions. American carbon dioxide emissions from natural gas use are projected to reach 1.7 gigatons in 2019, a 3.5% increase over 2018. U.S. emissions of CO2 from coal uses, by contrast, were down 10.5% to 1.1 Gt. The use of oil is the top emitter in the United States with CO2 emissions of 2.4 Gt.

It was a similar story in Europe, where gas emissions were anticipated to rise 3% to 1 Gt while coal declined 10% to 0.8 Gt.

"In the U.S. and Europe, the narrative has been we are swapping coal for gas. That’s true. But that’s not true for the rest of the world. In Japan, they are swapping nuclear for gas. That is not a climate win," said Rob Jackson, an earth scientist at Stanford University who contributed to the report. "Unless natural gas is replacing coal, it isn’t a bridge fuel. Unless it is coupled with carbon capture and sequestration, it isn’t a bridge fuel."

Coal remains far and away the largest source of global CO2 emissions. In 2019, GCP projected total emissions from coal use at 14.5 Gt, compared with 12.5 Gt for oil and 7.7 Gt for gas.

But coal emissions have started to decline in recent years, with the drop in U.S. and European consumption outweighing emissions associated with new power plants in countries like China and India. Over the last five years, global CO2 emissions from coal use have posted an average annual decline rate of 0.5%.

The reasons for increased gas consumption vary by region. In the U.S., the advent of hydraulic fracturing and horizontal drilling has unleashed a torrent of cheap gas, prodding the power sector’s and industrial sector’s gas consumption higher. Gas prices are more expensive in Europe, but an increase in the continent’s carbon price has pushed a dramatic switch from coal to gas. And in China, emissions associated with gas consumption are surging, even though emissions from gas still pale in comparison to those from coal and oil. Chinese gas emissions are estimated to hit 0.6 Gt this year, an increase of 6%.

"Switching to gas risks locking in emissions and creating new path dependencies: any newly built combined cycle gas turbines, for instance, have an expected useful economic life of several decades, and — at the scale that we see deployment of gas-fueled generating capacity and infrastructure — this will eventually become inconsistent with the trend towards decarbonization, potentially resulting in stranded assets," said Michael Mehling, deputy director of the Center for Energy and Environmental Policy Research at the Massachusetts Institute for Technology. "And that is not an efficient outcome."

Natural gas industry officials said the focus on increases in emissions from gas use ignores the contributions the fuel has made in reducing greenhouse gas emissions. Fundamentally, emissions are up because of growing global demand for energy, said Richard Meyer, director of energy research at the American Gas Association, a trade group. And emissions likely would be higher still if that demand had been met by coal or oil.

At the same time, a new generation of gas technology is helping the industry become more efficient and decrease emissions, Meyer said. He noted that emissions in the U.S. are projected to decline this year, despite projections that American gas consumption will hit record levels.

"What we see happening at the highest level is gas use increasing as a result of growing energy needs, and as a result of gas replacing other fuels, notably coal and in some cases oil," Meyer said. "You really can’t look at the growth in emissions in gas in isolation without understanding the decline in coal."

Daniel Raimi, a researcher at Resources for the Future, a Washington D.C.-based think tank, echoed those points. More research is needed to understand where gas is replacing coal and where it is meeting new energy demand to better understand its emissions impact, he said.

At the same time, Raimi said the GCP report signals a wider warning.

"There is not much evidence of any bridges being built," Raimi said. "Instead, we see a high-rise being constructed, with one fuel being constructed atop the next. What we would like to see from a climate perspective is an energy transition."