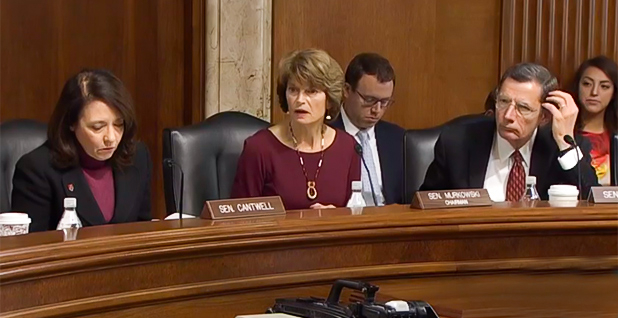 Republican Sen. Lisa Murkowski crossed a significant hurdle yesterday when the Energy and Natural Resources Committee she leads advanced her legislation allowing drilling in the coastal plain of the Arctic National Wildlife Refuge.

Now, the Alaskan must deal with a new threat to her decadeslong quest to bring energy development to the region — and this one isn’t from Democrats or conservation groups. It leaves her with a Sophie’s choice of sorts, pitting drilling against health care.

Murkowski opposed the Senate GOP’s efforts to repeal much of the ACA earlier this year over concerns about the potential impact on health coverage in her state, which has expanded under the law.

Murkowski’s ANWR language is attached to the larger GOP tax package, a thread in an intricate web of offsets. The fiscal 2018 budget resolution that Congress passed last month tasked the ENR Committee with finding $1 billion during the next decade to help offset Republicans’ $1.5 trillion tax cut.

Those instructions gave her the opportunity to write legislation paving the way for drilling in the refuge’s coastal plain.

Inserting ANWR language into the larger tax package through reconciliation allows it to move by a simple majority vote without the threat of a filibuster. That means it won’t need any Democratic support in the Senate.

But the opening the reconciliation process has provided for ANWR drilling could end up being a double-edged sword. It could force her to choose between an energy policy she believes will bring much-needed jobs and revenue to her state and changes to a health care law that could adversely affect many of her constituents.

After yesterday’s markup, reporters asked the senator, known on Capitol Hill for her equanimity, for her thoughts on the new development.

"To be very honest with you, my focus has been entirely on this hearing this morning," she said, adding that she "read the news as I was walking in that it has been included" referring to a repeal of the individual mandate in the tax plan.

The 2017 ANWR language is the best shot the Alaska delegation has had in decades to realize its goal of allowing energy development in the refuge’s coastal plain.

Sen. Maria Cantwell (D-Wash.), the ranking member of the ENR Committee, successfully defeated the last major push in 2005 to open drilling in the refuge.

Cantwell yesterday expressed her disappointment after the panel’s vote.

"It is a tragedy that Republicans will run over something so precious as the Arctic National Wildlife Refuge, land that has that stood undisturbed for thousands of years, all for a giveaway to oil corporations that allows them to ignore important environmental protections," she said.

In 1995, ANWR drilling legislation made it through both the House and Senate, only to have President Clinton veto it.

The Senate Finance Committee this week has been marking up the mammoth tax bill and has yet to start debate on hundreds of amendments (E&E News PM, Nov. 15).

Senate Majority Whip John Cornyn (R-Texas) has said the goal is a vote on the legislation after the Thanksgiving break. That doesn’t give Murkowski much time to savor her latest victory.

She did provide a quick update on her win in a phone call yesterday to the Resource Development Council of Alaska conference in Anchorage, where a crowd of 700 industry executives gave her rousing applause.

"We have made it through two of the most significant hurdles," she said.