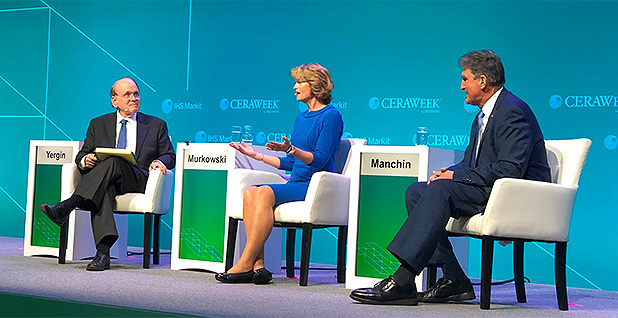 "There’s no such thing as a new green deal," Manchin said during a panel discussion with Murkowski. "There’s a resolution that has a dream, but there’s no bill, there’s no contents at all."

Many of Manchin’s colleagues are backing the Green New Deal, either because they support the resolution’s tenets or they see it as a positive aspirational message to combat climate change.

But the West Virginian said he wants the U.S. to continue using fossil fuels — while developing technology to offset greenhouse gases and other pollution. And he said the Green New Deal framework that’s being discussed is a non-starter.

"This is not the time to put everyone off in [their] corners and then let’s come out fighting with more rhetoric," she said.